Hi guys! In the last few days I have uploaded two new projects: Modular Seafood Restaurant and Delivery Truck. I would really appreciate it if you could check them out using the links below! 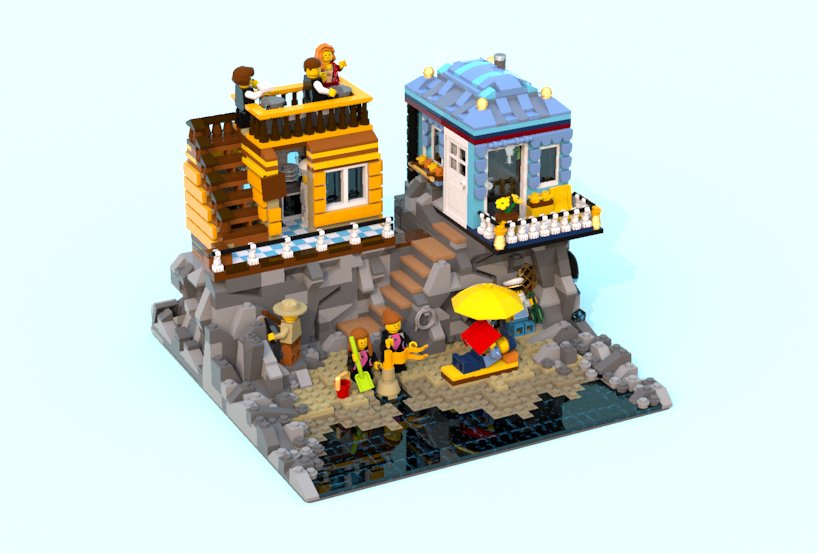 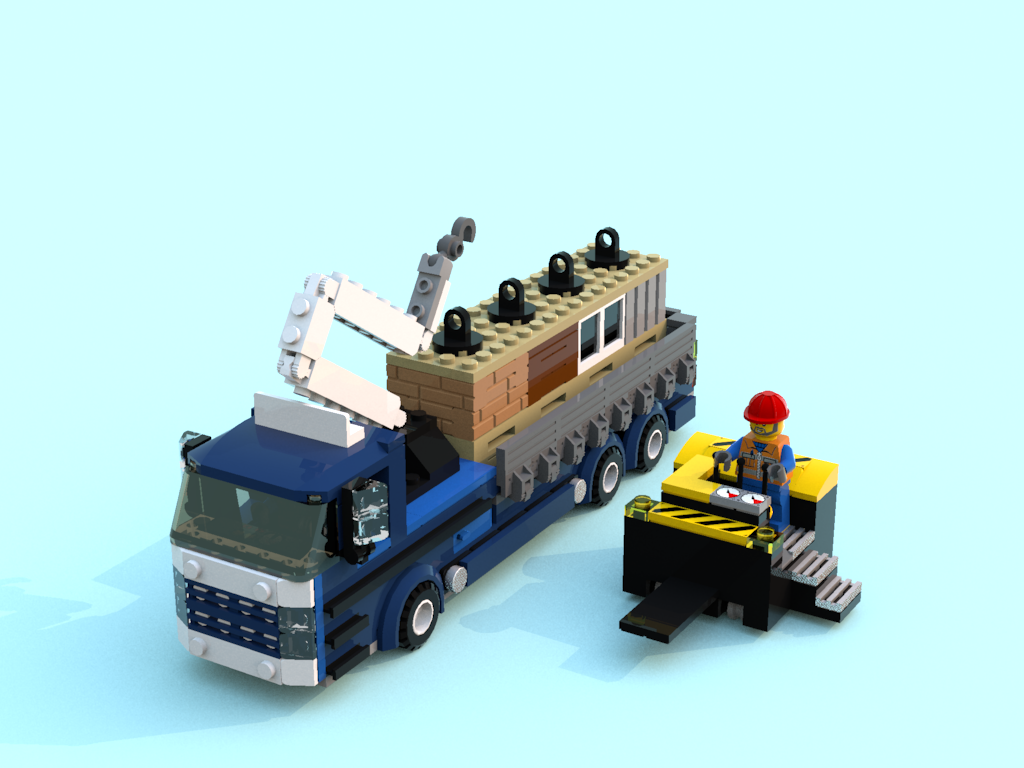 First of all, thanks to everyone who has supported this project so far - 250 supporters is a great achievement for me!

Also, make sure to stay tuned in early 2018, as I have a few new projects coming your way, hopefully including four buildings and a vehicle! 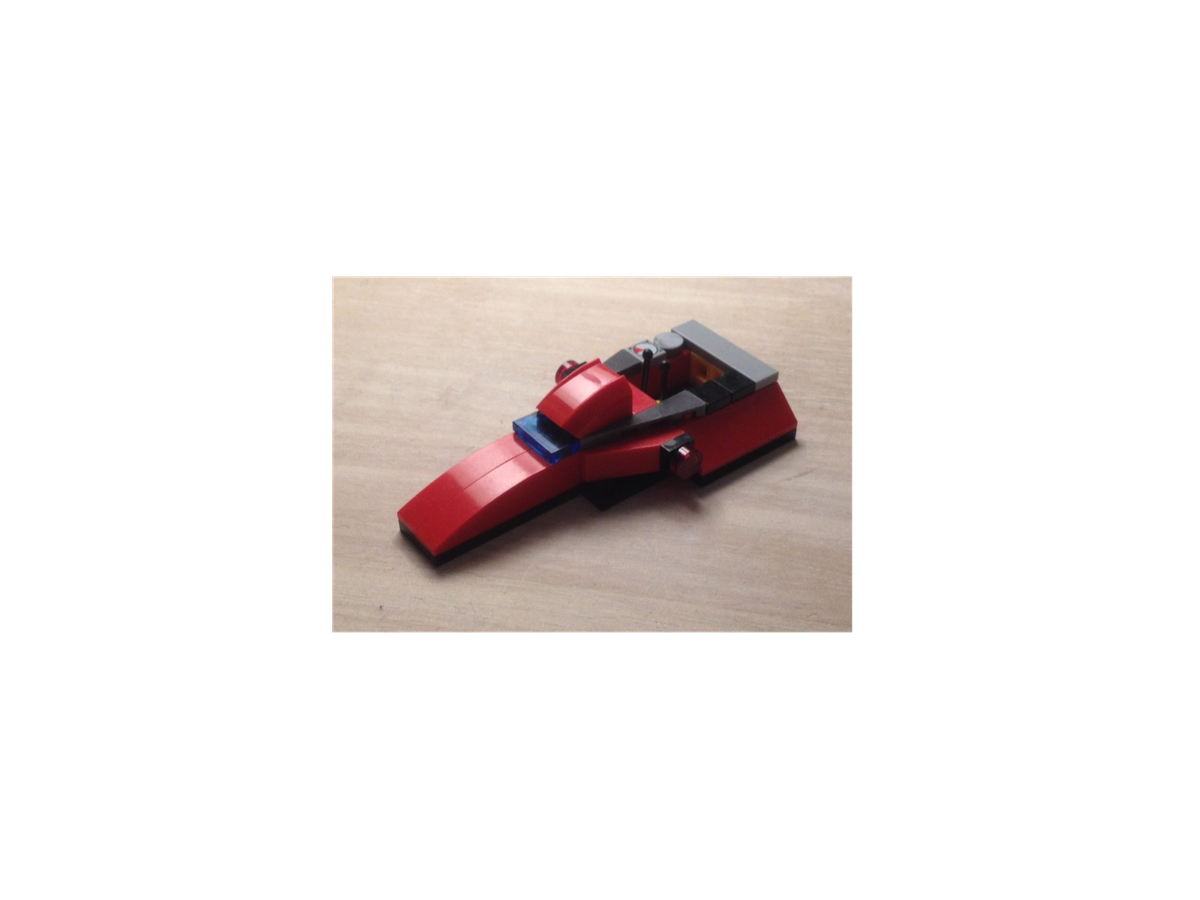 And if you haven't already, check out my Modular Hardware Store:

My New Project! Check it out!

Woohoo! My new project has been published! Check it out here:

Also, thanks for all your support so far! I will release the next part of my story when we reach 200 supporters!

The Mystery Of The Missing Pie - Part #4

Bob was scared. He ran to his bed and pulled open the secret compartment. It was empty. The restaurant owner closed the compartment and sat down on his bed with his head in his hands. Eventually he lay down and fell asleep.

The next morning Bob had a plan. He left his apartment and headed for the shops. First, he bought a long length of wire. Then he bought a few huge iron portcullises. After that he headed to the electronics store (check out my next project - coming out in the next few days) and bought a camera with a little connection device, As he walked home many people looked at him strangely, but nobody asked what he was doing. As soon as he reached home, Bob installed the portcullises in the walls, and wired them to close whenever the intruder alarm was set off. He hid them away so that they would not be noticeable and went down to the restaurant, where he instructed Gary and Larry to make a new recipe. After that, Bob made a huge poster saying: “New Secret Recipe!” and put it up outside his restaurant. He hid the recipe which Gary and Larry had made in the secret compartment of his bed and hid in the bathroom. Then he waited until the shadow came.

Bob hid in the bathroom for over an hour. It was a bit cramped in there, but he had some chocolate “for company”. He kept looking at his screen, until suddenly, the skylight opened. The Shadow had got in through the roof.

Bob waited until he was sure that the Shadow was in the right place, and pressed the button that brought the portcullises down around the thief. He had caught the Shadow! Quickly he called the police, who came very quickly and arrested the criminal for the second time. The recipe was safe! Bob could relax again. 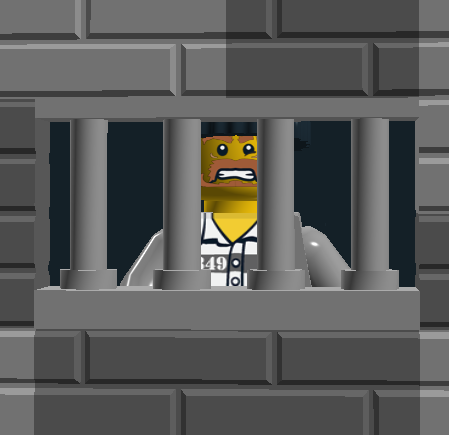 Hi guys! I hope you all like this part of the story - Keep a look out for my next project, coming out later this week!

Can't Wait For The Next Part Of The Story?

Tell your friends about this project to get the next part of the story! When I reach 160 Supporters I will submit my next project!

Here is a sneak preview of that project: 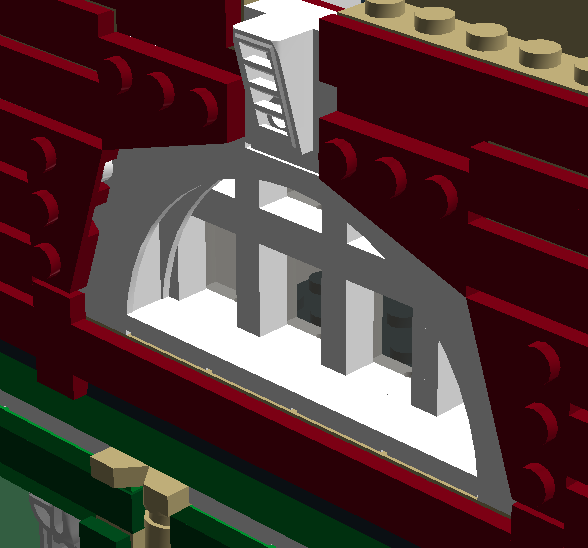 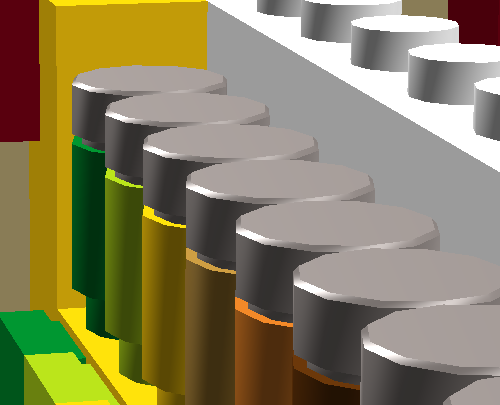 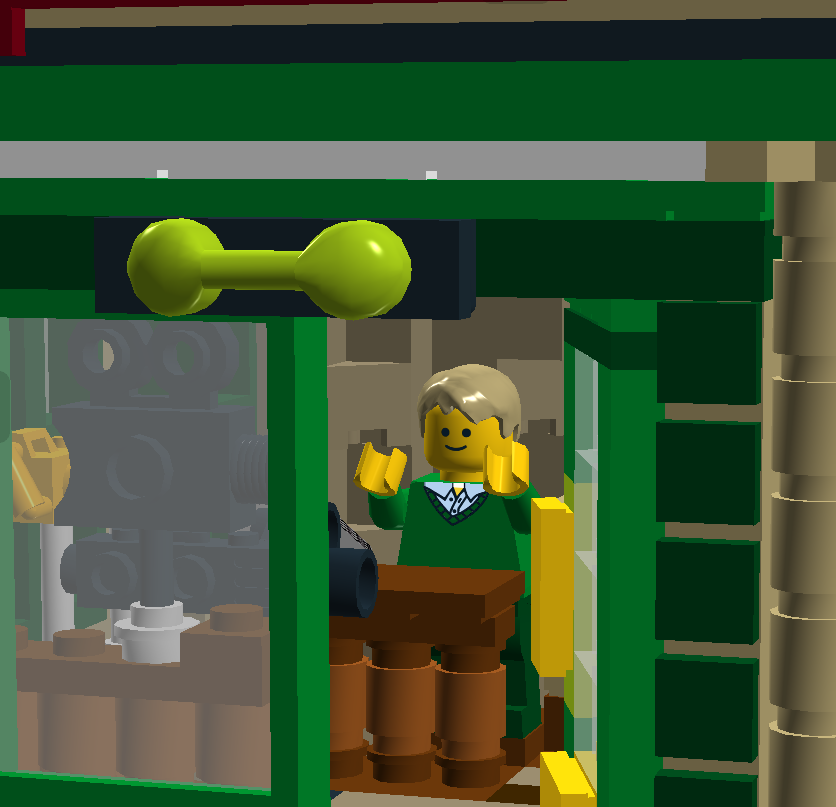 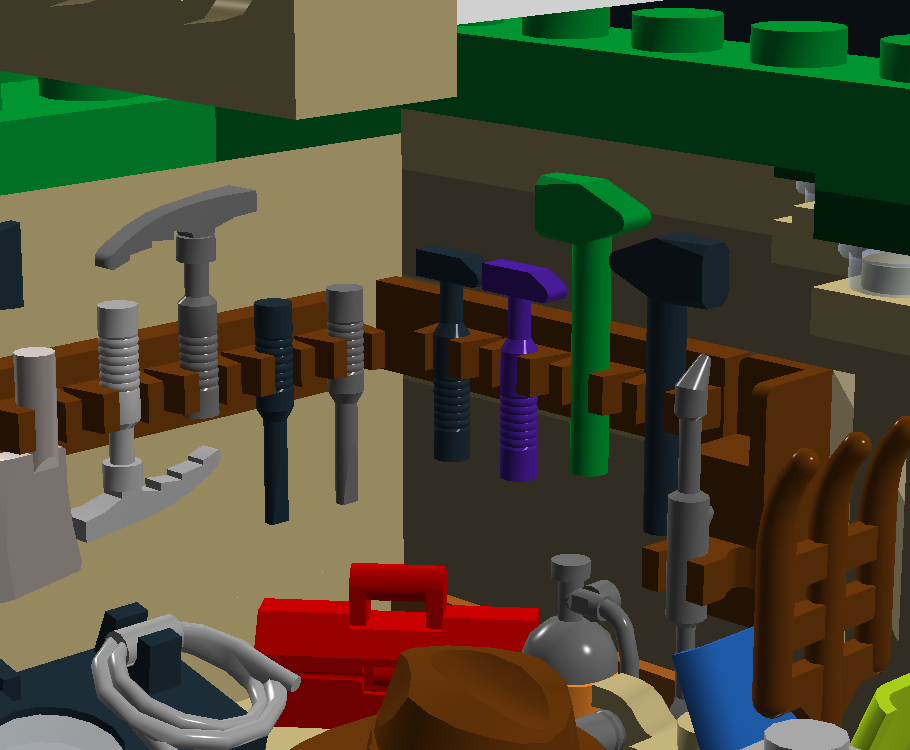 See you soon for the next part of the story and also for my next project!

100 Supporters! Thanks for all your support - I couldn't have reached that milestone without you guys!

The Mystery Of The Missing Pie - Part #3

Bob walked home from an enjoyable night at the cinema. He approached his front door, and pulled out his key. But there was already a key in the door. That was odd. Bob pulled it out and took a closer look. It looked like a normal key, but it just didn’t seem quite right. Looking carefully, Bob spotted a clever mechanism in the end of the key. He turned it over and noticed a small inscription: “Property of The Shadow”. That dastardly prankster had paid a visit.

Cautiously, Bob pulled open the door. Nothing happened. He started up the stairs, watching for traps. Nothing seemed to be wrong, and he eventually decided that it was safe. He put his foot on the next step and fell down onto the floor. He stood up and smelt the carpet. Ice cream. What had he got himself messed up in? Avoiding further incidents, a miserable Bob trudged up the stairs to bed.

As he was just drifting off to sleep, he received a call. “Hello, is this Bob the restaurant owner?” a peculiar voice inquired.

“Mr. Bob, I saw a man run away with the pie from your restaurant this evening, and if you look across the street now you might be able to see it.” the voice said. Although this was an odd call to receive, Bob shrugged it off as he was very tired. Sleepily, he walked out onto his balcony and looked across the street in horror.

“I hope you enjoyed your little treat.” said the shadow from the opposite flat.

Hey guys, thanks for supporting! I hope you like the story, I will release the next part when I reach 150 supporters!

Hi guys! Earlier today I recieved a comment from MZR Productions pointing out that the streetlamps in my model were not raised to the level of the pavement. Therefore, I have added four more bricks to fix this error. This takes the brick total up to 2323. Thanks again to MZR Productions for highlighting this error!

Remember guys, 100 supporters to get the next part of the story! 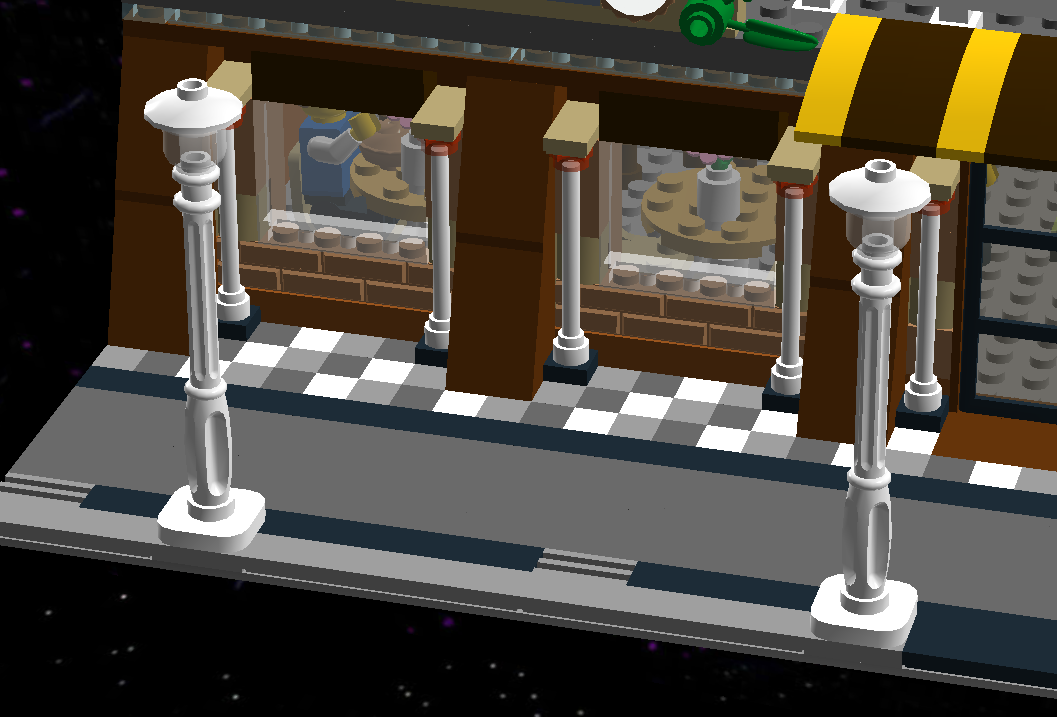 The Mystery Of The Missing Pie - Part #2

It was evening time. The Shadow slipped over the old, broken wall into his old base. It was just how he'd left it. He reached for his hidden shovel, his skeleton key, and his hood. Then he left the shack, climbed over the broken wall, and headed towards the park. He positioned himself behind a large bush, where he could see the pie restaurant, and waited for a short time. He spotted Bob walking away from the restaurant. The perfect opportunity. The Shadow hurried towards the building, and shoved his key in Bob’s front door lock. He ascended the staircase.

He was in a large room on the top of the building. Looking around, he did not initially spot any telltale signs of secret compartments. But then he noticed the hinge on the bed. The Shadow heaved open the lid of the secret storage area. He had found it. Inside lay an 100 note and the pie recipe. He grinned. As he began to leave he had one last idea. The Shadow crept down the staircase, the recipe clutched in his hand. He would have to act quickly before Bob returned. He opened the door a tiny bit, just so he could see the upstairs part of the restaurant. Everyone was downstairs. Good. He crept along to the ice cream shelf, and mixed a concoction of chocolate, vanilla, and mango ice cream until it was the colour of the stairs. Grinning to himself, The Shadow applied a ‘generous’ amount to the steps leading up to Bob’s apartment. Then, avoiding the ice cream patches, he made is way back to the restaurant and made his escape. On his way out, just to be annoying, he stole the pie from the sign at the front off the restaurant. Laughing, he ran off into the night. He didn’t think to collect his skeleton key.

Thanks for your support guys! I hope you like the story! I will release the next part when I reach 100 supporters! So tell all your friends and followers to get the story sooner!