Before I release the next part of my story, I am going to announce a small change to the design of the bed in the flat above the shop. This is for two reasons:

- Firstly, this change fits in with the story of The Mystery of the Missing Pie.

- Secondly, it adds to the character of the model.

The change that I have made is essentially a compartment under the bed. It contains a '100 Lego note', and a recipe for Bob's prize winning pie. 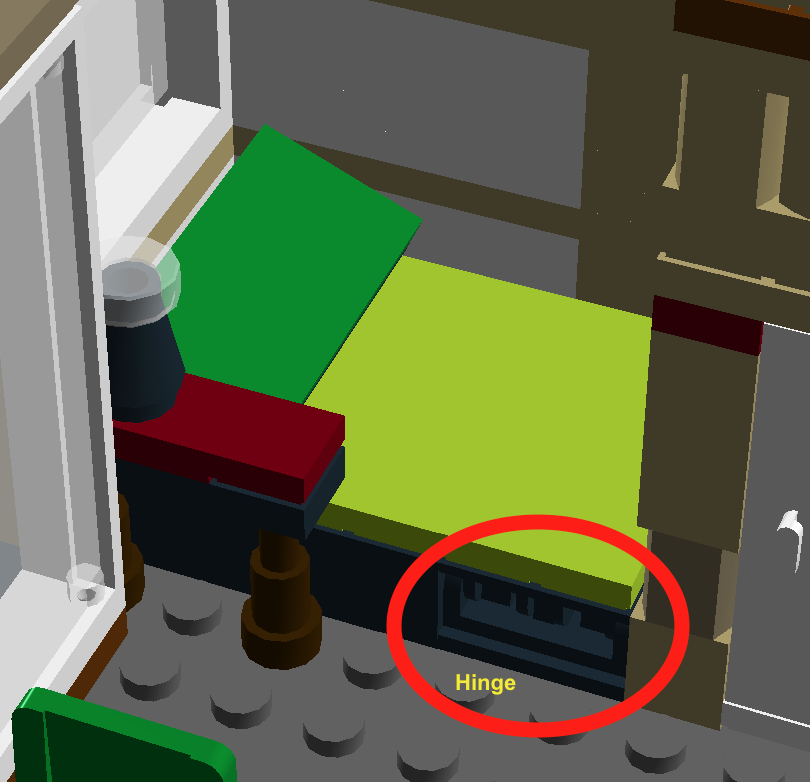 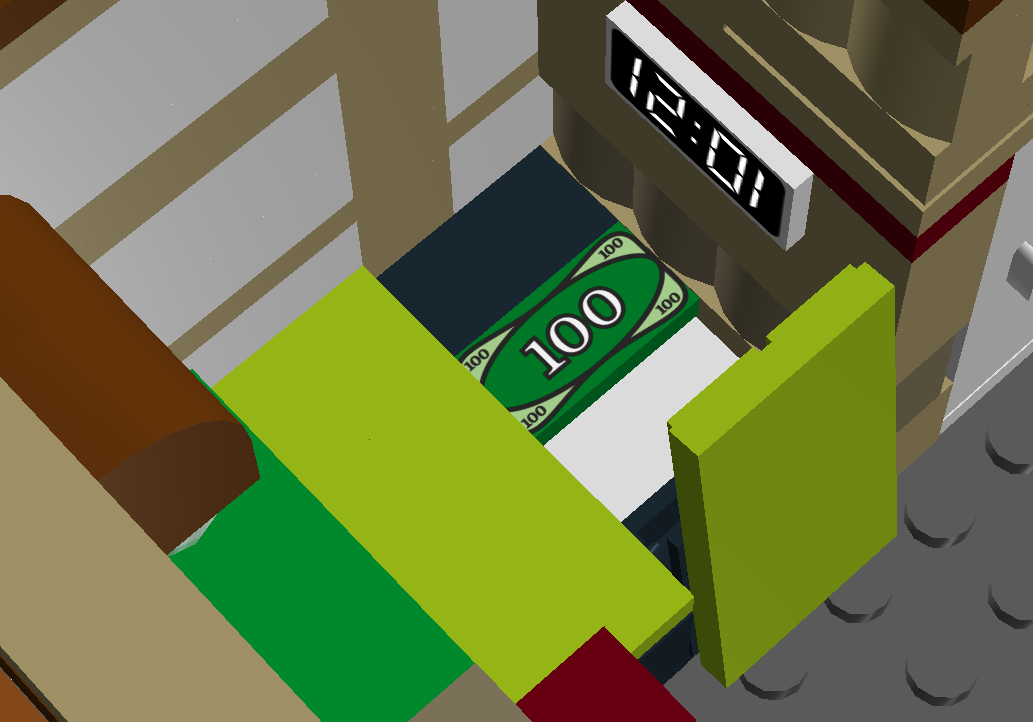 The pie recipe would use a custom sticker, a design for which is shown below: 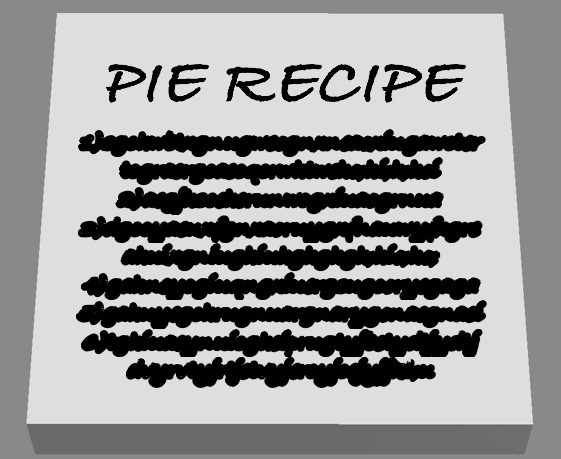 The Mystery Of The Missing Pie - Part #1

Bob the restaurant owner was a very happy man. He had a thriving pie restaurant business in the heart of LEGO City, and had many friends within the minifigure community. However, he was not liked by everybody. Once, a very long time ago, a man who went only by the name of ‘The Shadow’ had broken into his home, and had tried to escape with Bob’s pie recipe. But The Shadow had made one huge mistake. He climbed the wall using suction shoes, but when he reached the window he was so focused on his ‘prize’ that he forgot to take them off. When he walked across Bob’s kitchen, he lost his balance and fell over onto a pile of plates. When Bob heard the crash, he ran into the kitchen with the rope he always kept under the bed, and tied the intruder up. He grabbed his phone and rang for the police. When they came, they arrested The Shadow and threw him straight into jail. But as the policemen dragged him to the police car, The Shadow, his face red with rage, shouted one last sentence at Bob, before he went to prison: “I shall have revenge on you!” Then he was gone, on his way to the slammer.

One fine morning, 10 years later, Bob was reading the Old Times. He was flicking through the pages, when one headline screamed out at him: 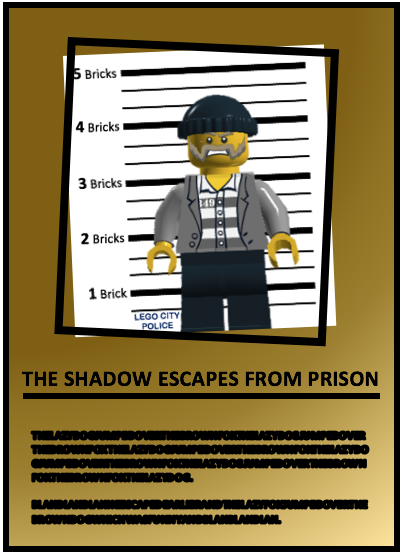 A shiver ran down his spine. He remembered what The Shadow had said. But he shook it off as the chefs, Gary and Larry, arrived at the shop to begin work for the day…

Hi guys! I hope you like the first part of the story. The next part is coming soon, when I reach 50 supporters!

N.B. The Shadow minifigure is not part of the set. If you think he should be, leave a comment. If I get enough comments, I will consider adding him.

The Mystery Of The Missing Pie