This paper wrap is for the white cone below the Gemini Capsule - This was the Retrograde and Equipment sections. The four paper tabs fit between the studs of the cone and hold it in place whent he capsule is attached. I used a craft knife to cut the tabs and I would recommend cutting the ends and then the sides of the tabs first before cutting the curves between the tabs. I just used some clear tape to join the cone together. This adds a little more detail on what I would hope would be a printed piece in the set. 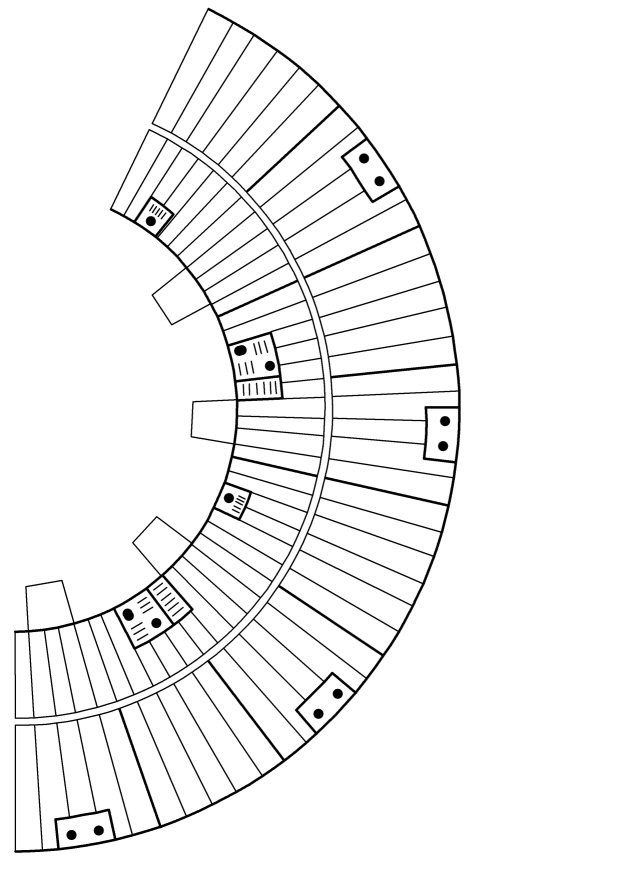 With the new Harry Potter Hogwarts sets Lego introduced a new 4x2x3 half cone (38317). This piece is better suited for the Mercury-Altas rocket. To use it with the existing build remove the 8 off 4x2x2 cylinders and 3 4x4 round plates that make up the upper section of the rocket. Rebuild just uisng the cylinder pieces and finish with the new half-cone pieces.

There are a couple of pieces which are avaialble in new colours which would improve the model. The 2xs2 round plate with one stud that holds the capsule in place is now available in black. The two smaller engines which used the dark red Fez pieces are also available in black. All of these pieces are fairly rare on the secondary parts market so they are a little more expensive. 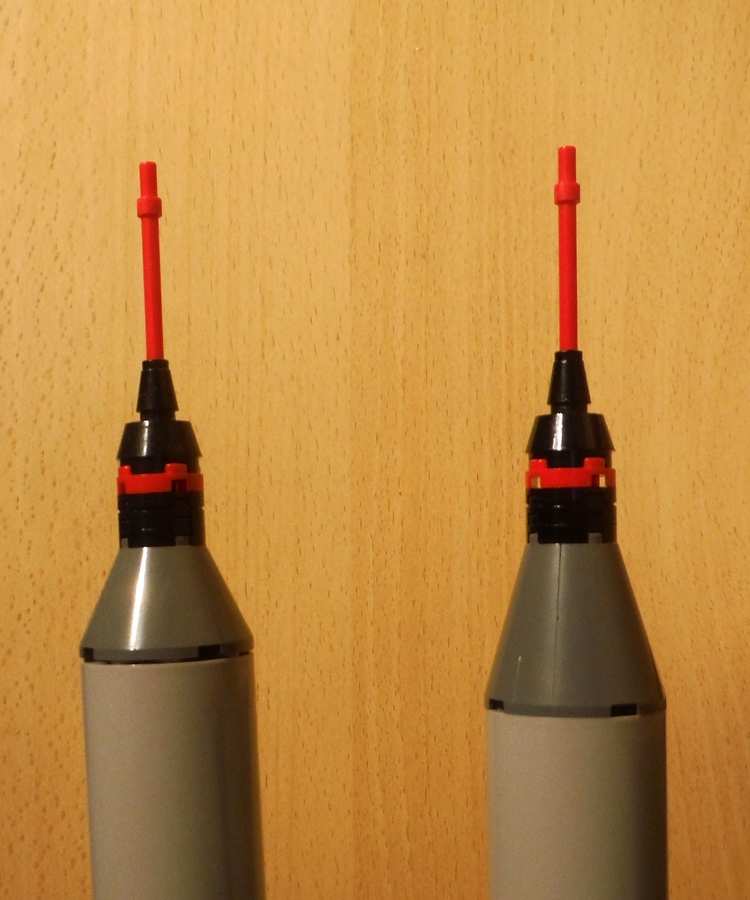 Lego Rockets in the Wild

In a small cinema in the heart of France a special evening premiere of the Apollo 11 film 'First Man' featured a Lego display of the Lego Saturn V Ideas set along with the three rockets in this project. So nice to see them displayed next to the mighty Saturn V. Thank you to  jdunand who took the photo and gave permission for me to share here. Build instructions and parts list can be found in this update section. 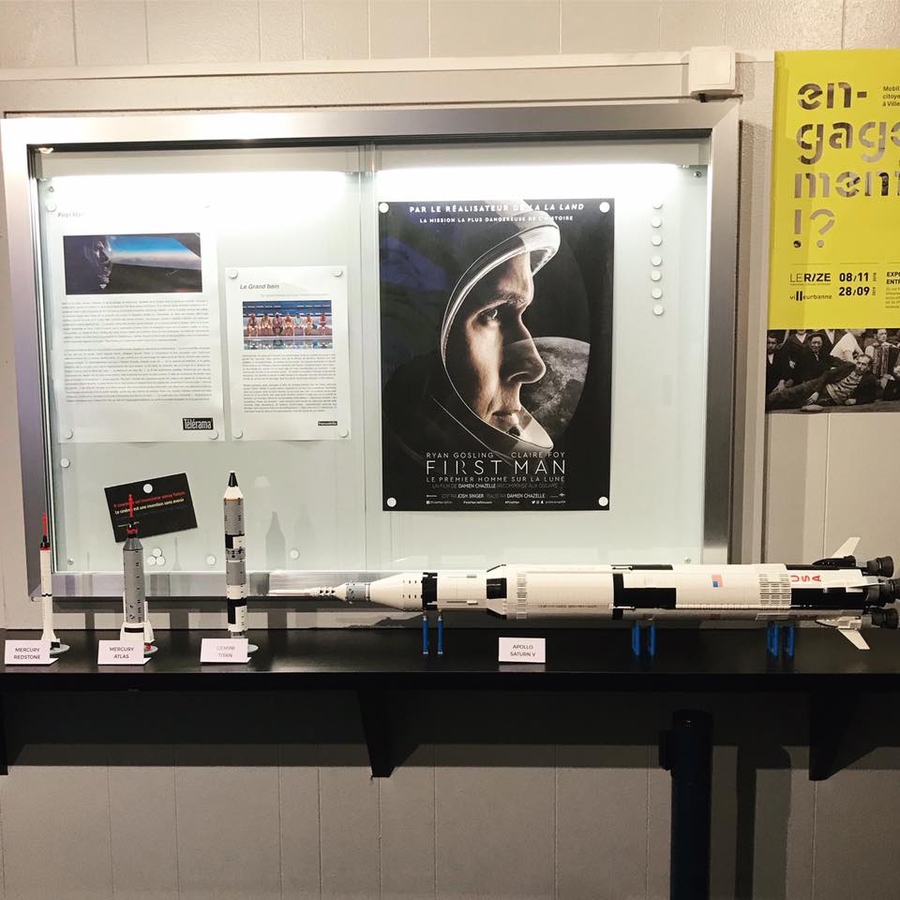 Having had some success with using paper printed wraps on some of my rocket builds I look at the Roll patterns on the Gemini Titan II. This had two sections of black and white vertical markings, the best I could do in Lego was two blackand two white stripes but there were four and four on the actual rocket. As before these marking are added by taping one edge of the wrap and wrapping it tightly around the rocket. it isn't stuck to your bricks so they are undamaged. My first attempt at adding a strip was too loose and it slipped but the second go gave me the result I was looking for. I kept the original Lego stripe underneath and the brick joints were helpful in ligning up the patterns on the two wraps. The wrap was designed at 300 dpi. 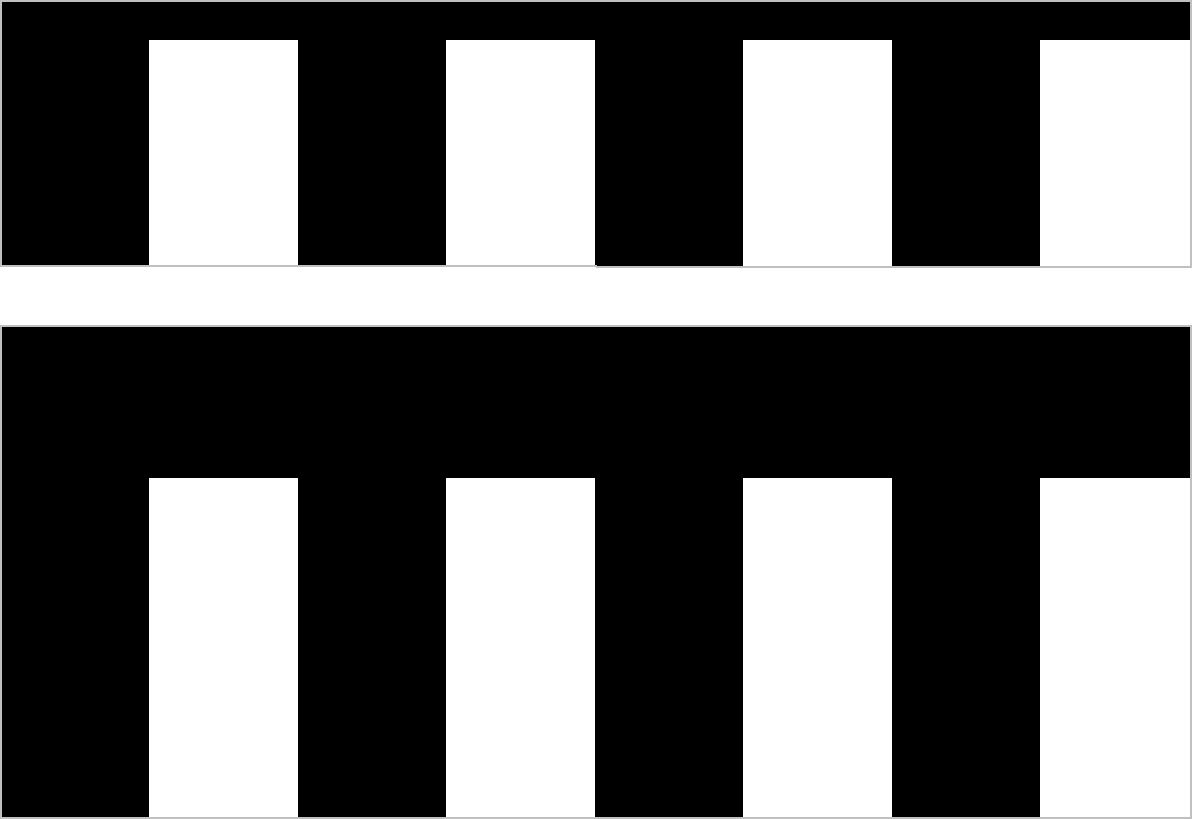 My thanks to legojohnpluto who built the Mercury-Redstone but found it was shorter than he had expected. Photographs he'd seen showed the top of the escape tower to line-up with the bottom of the flags on stage one of  the Saturn V. When he put his model of the rocket next to his Saturn V it was shorter than he expected by quite a bit. I can't comment on any innaccuracies in the Saturn V build but this did make me recheck my model.

There are two ways this could be addressed - one is to pull out the Escape tower and measure the rocket to 231mm. The problem with this would be it could be accidentally altered and you'll need to measure and reposition it.

Alternatively add a white 2x2 round plate immediately above the black one half way up the body of the rocket. With the escape tower fully pushed into the capsule the overall height is 230mm. Theis has the benefit that height cannot be accidentally altered and its a mod I've now incorporated into my own model.

The instructions for building a Rocket Garden baseplate can be found here. It gives up to 10 display pads for 1:110 scale rockets. 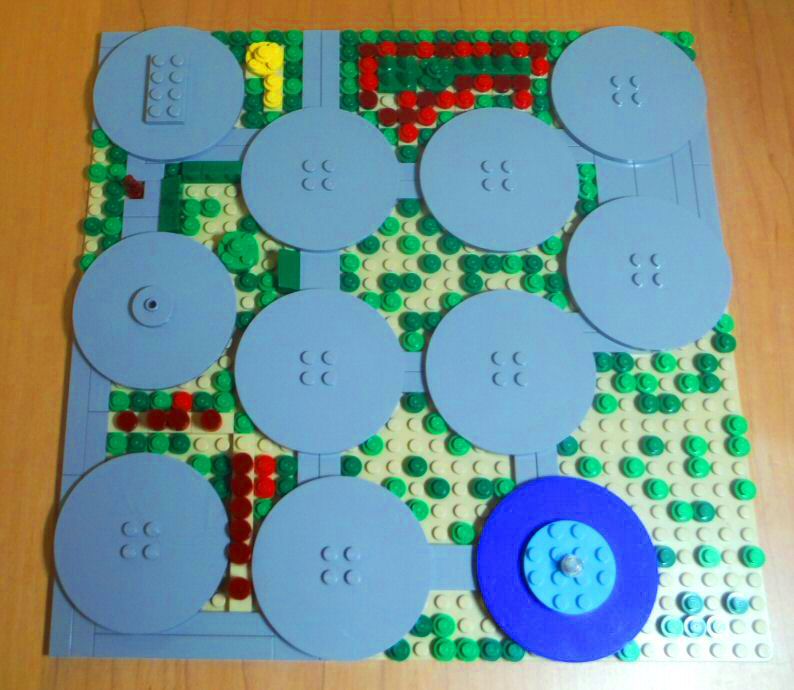 I was asked about the Redstone stripes and how they could be added. In model rocketry the cardboard tubes that make up the bodies of the rockets can be painted or have a printed 'skin' wrapped around it to detail the model. I have made a wrap for the top of the Mercury Redstone rocket. I have changed the three textured 2x2 round bricks to smooth ones. The 'skin' has been designed at a 200 dots per inch and should be printed out so that it is 50.8mm wide. The piece wraps around the 3 bricks and 2 plates at the top of the rocket. I have used a strip of clear tape the join the paper together, wrapping it tightly before sticking together. It is possible to get it tight enough so that it will not move but as there is no glue on the LEGO pieces there is no risk of damaging them. You should be able to copy the image of the stripes below (400 x 277 pixels). 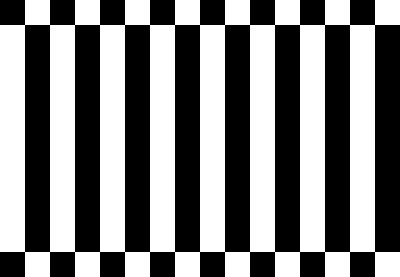 These are the instructions to build a Boeing X-20 Dyna-Soar as an alternative payload for the Titan 3C (see earlier updates). The X-20  programme was cut but advanced enough that astronauts were selected and undergoing training. Boeing built and displayed a mock-up X-20 in Las Vegas and started to manufacture the vehicle. There could have been a space plane operating in the 1960's if the programme had gone ahead.

Unlike my other projects and models this unfortunately never flew, there were plans for Titan 2 and 3C configurations but these artist impressions were drawn before the Titan 3C design was finalised. Replacing the MOL and Gemini B of the Titan 3C with the X-20 Dyna-Soar gives a good representation of what might have been.

If you want to build this with the optional display stand I have included a graphic for the labels. This should be printed so that they are 32mm wide. 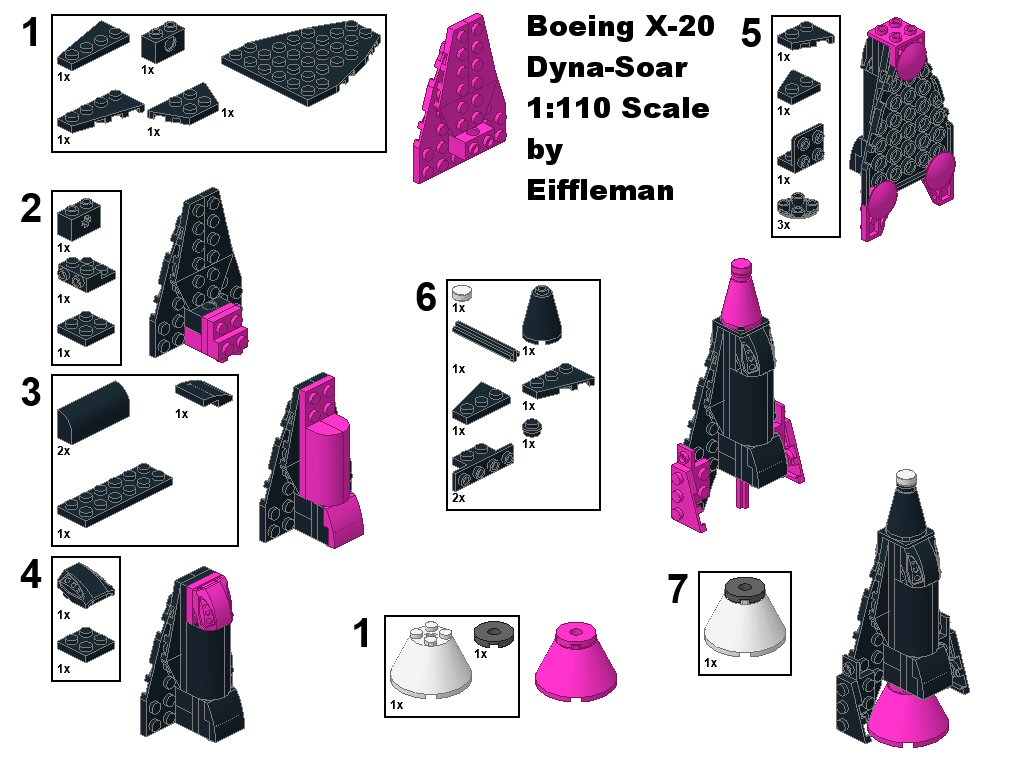 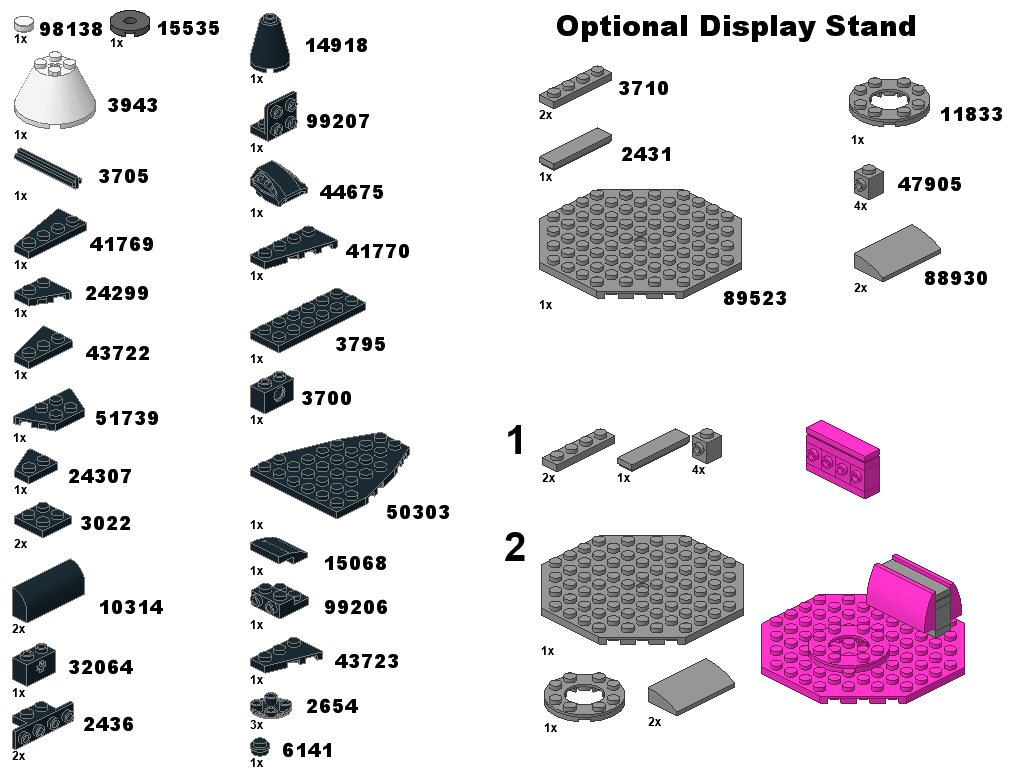 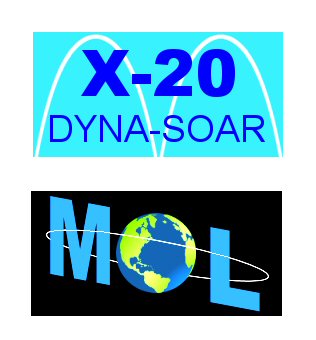 Titan 3C MOL and Gemini B

The final part of the MOL and Gemini B Titan 3C build - and a thank you to the 2000 plus people who have supported my Mercury and Gemini project. As with all of my rocket models it is scaled 1:110 to match the scale of the Saturn V. 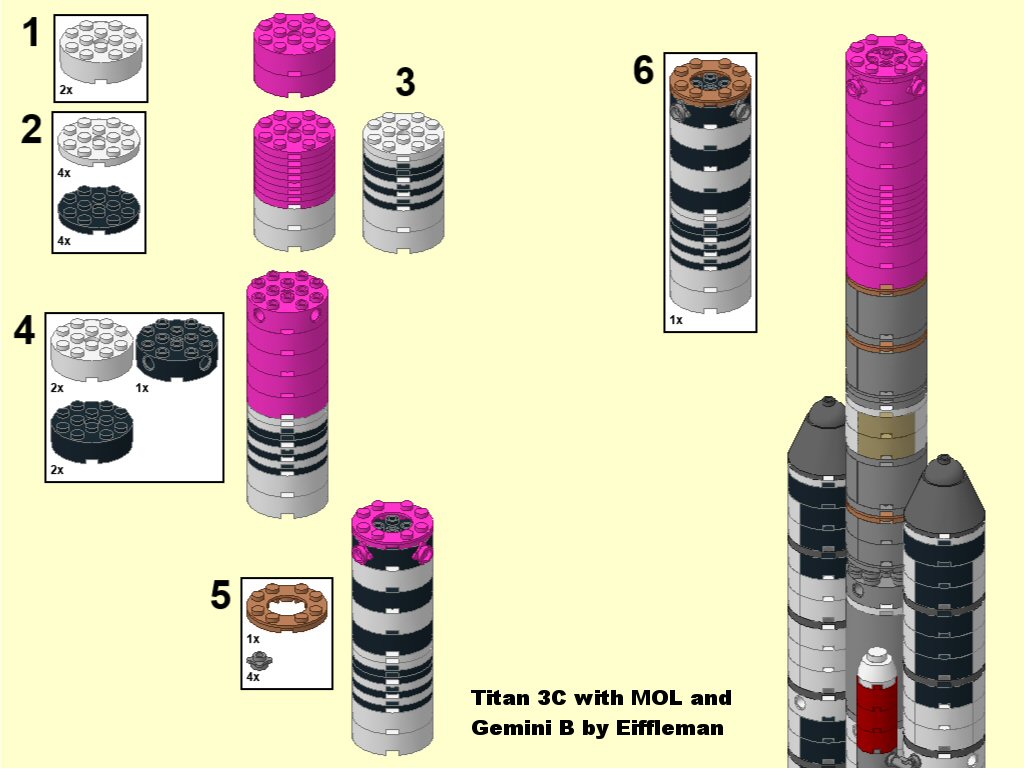 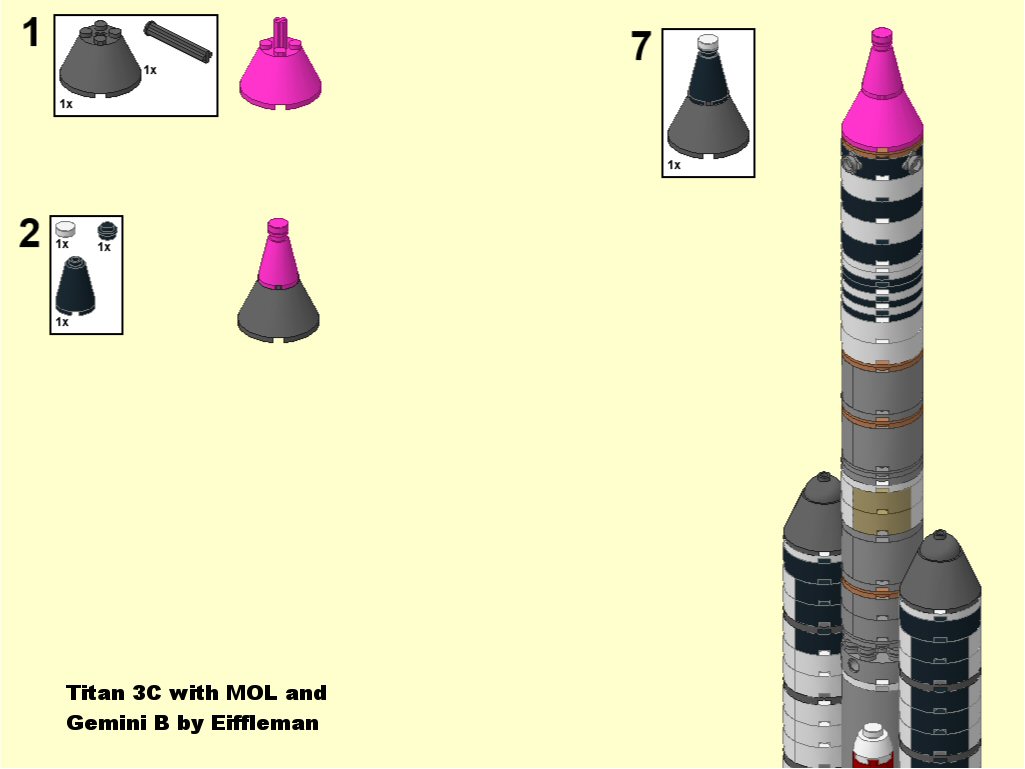 Straight forward build for the uppers stages. The third stage was also known as the transtage. It was capable of being restarted and was used to position the payload. The Transtage gave the Titan III flexibility in placing payloads in low, medium or high-earth orbits or even on escape trajectories to the Moon or beyond. 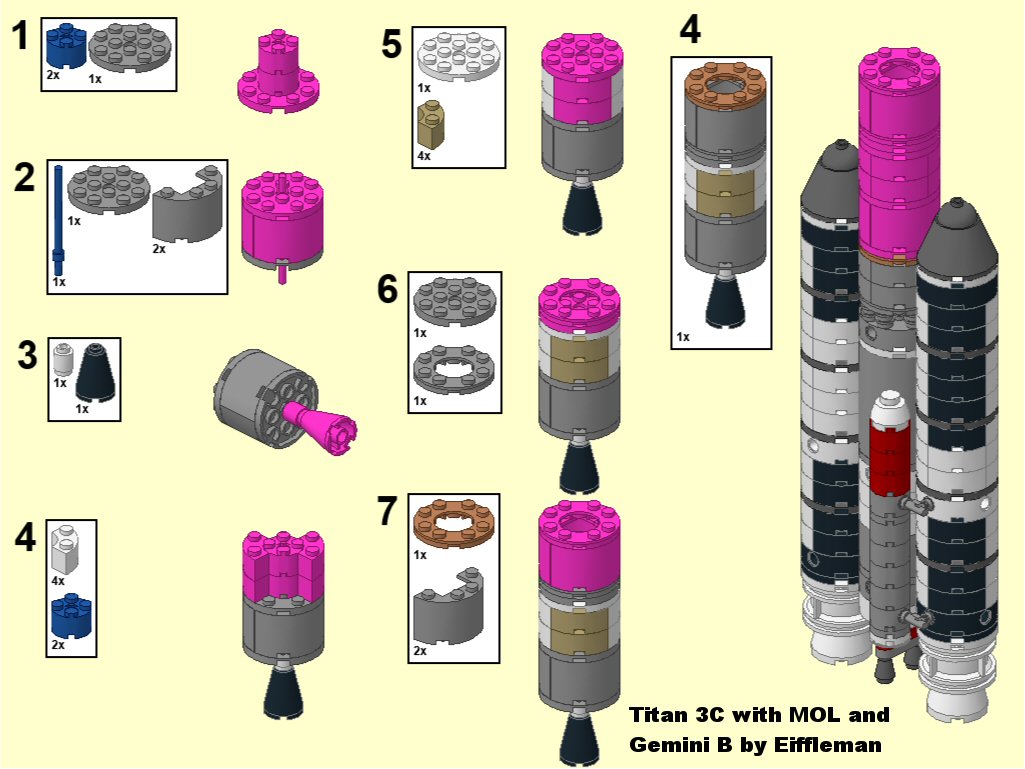 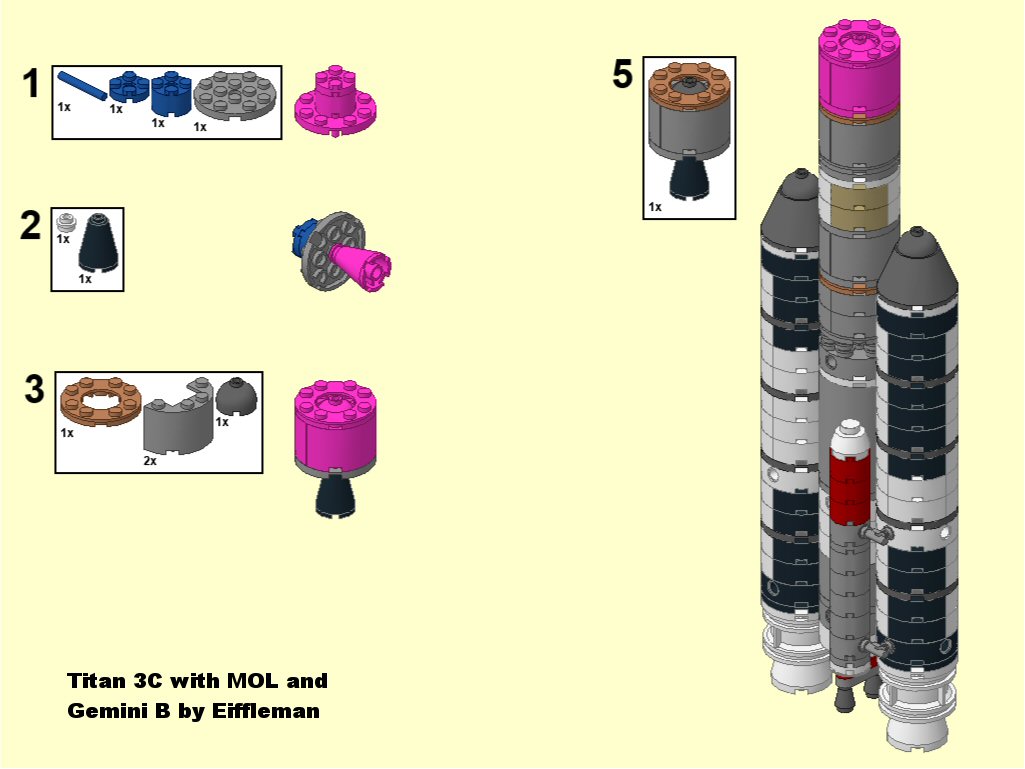