Agena D for the Atlas Rocket

The final part of the build you can probably work out from the photos - its for the Agena D to fit on an Atlas Rocket. Some Agena Ds were modified to be a docking target for a Gemini capsule so the astronauts could practice docking and gain the skills that would be essential for the mission to the Moon.

The building instructions for the Mercury Atlas can be found on the second page of the updates for my Mercury & Gemini project https://ideas.lego.com/projects/d061bd70-11e7-4805-b5a7-dcfa21d15030/update.... The Agena replaces everything above the dark gray cone.

With the information here and in the Mercury & Gemini project all seven of the rockets in the Rocket Garden can be built.

Please add a comment and photo if you do decide to build your own Rocket Garden. 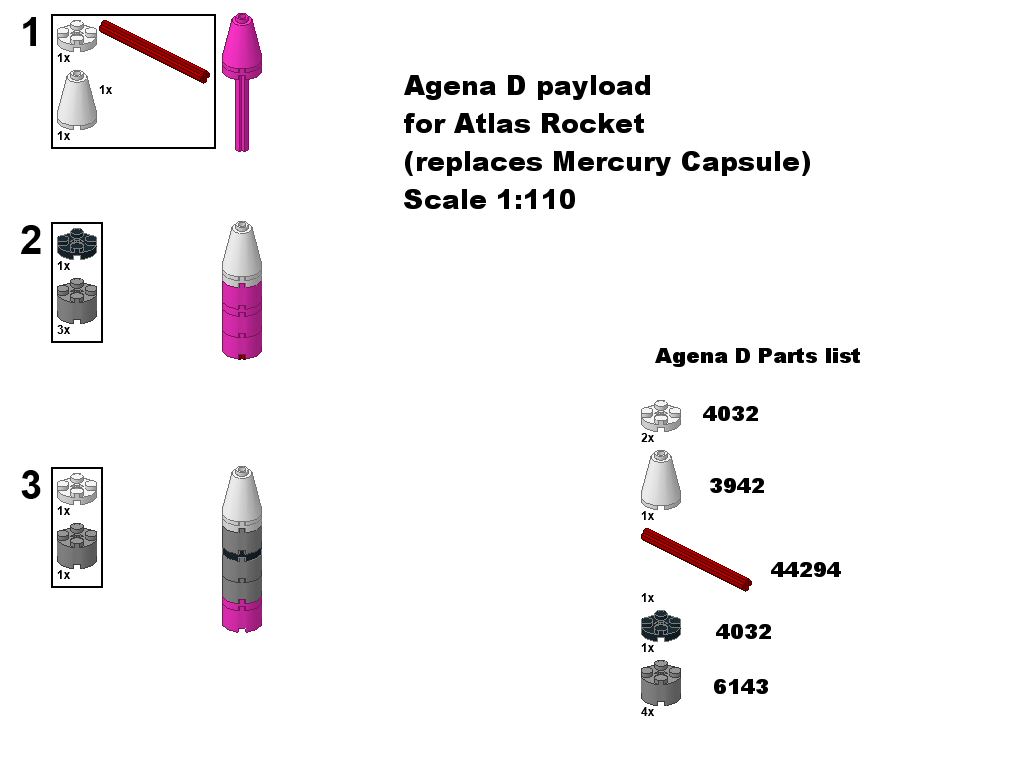 Something for one of the spare spots.

There are three spare display stands on the Rocket Garden baseplate. If you have the Saturn V the LEM could be displayed on one but what about the Apollo Capsule? I think it would be more realistic to display it complete with a heatshield rather than with the floats that came with the Saturn V set. Its a very simple mod and needs only 5 pieces to complete. A plain gray 4x4 cone could be used if you do not have the printed piece. 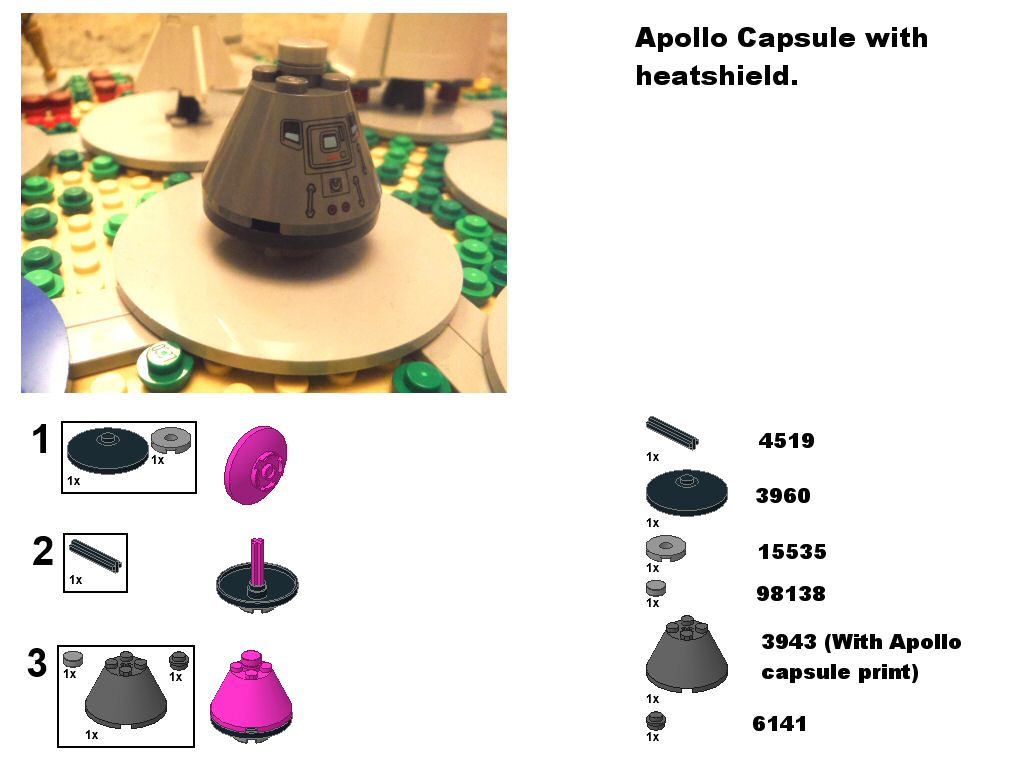 Juno II was used for 10 launches between 1958 and 1961. It suffered several failures and only four of the launches were complete successes. It launched Pioneer and Explorer satellites and probes. Like Juno 1 it was a four stage rocket consisting of  a liquid fuel first stage and three solid rocket stages using Sergeant rockets. The fouth stage used just one Seargeant rocket, stage 2 and 3 used 11 and 3 respectively.

Juno II was a late edition to the Rocket Garden after I decided to fully represent the vertical rockets displayed at KSC. The build instructions are for a more refined build than that shown on this project's main page. 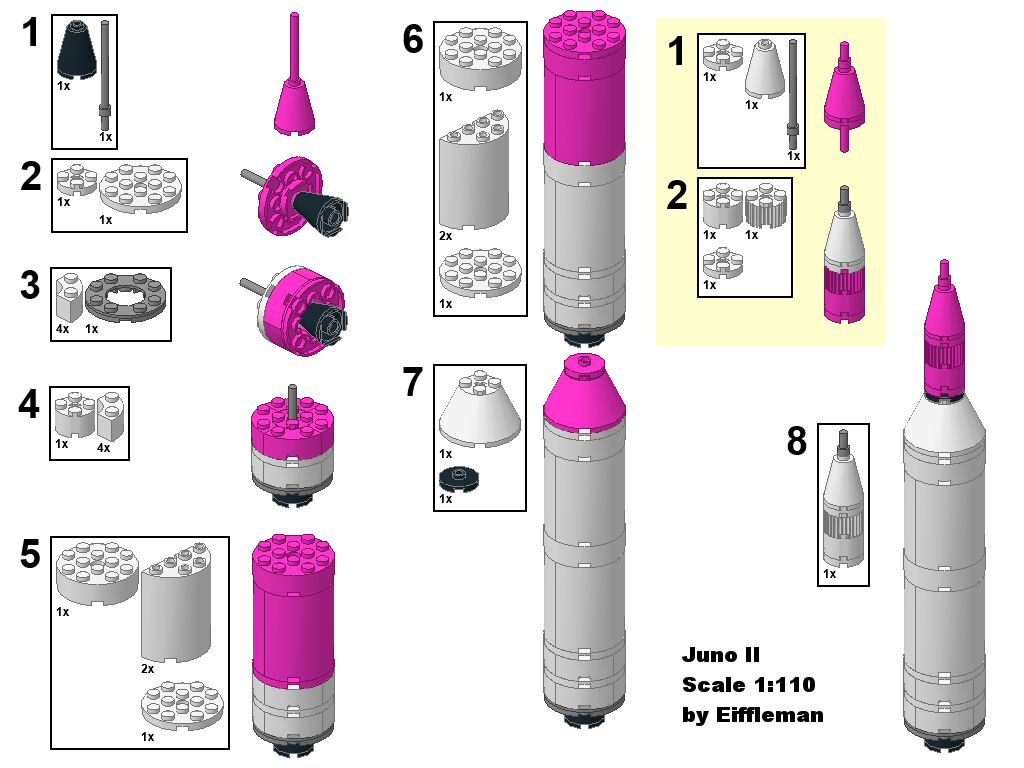 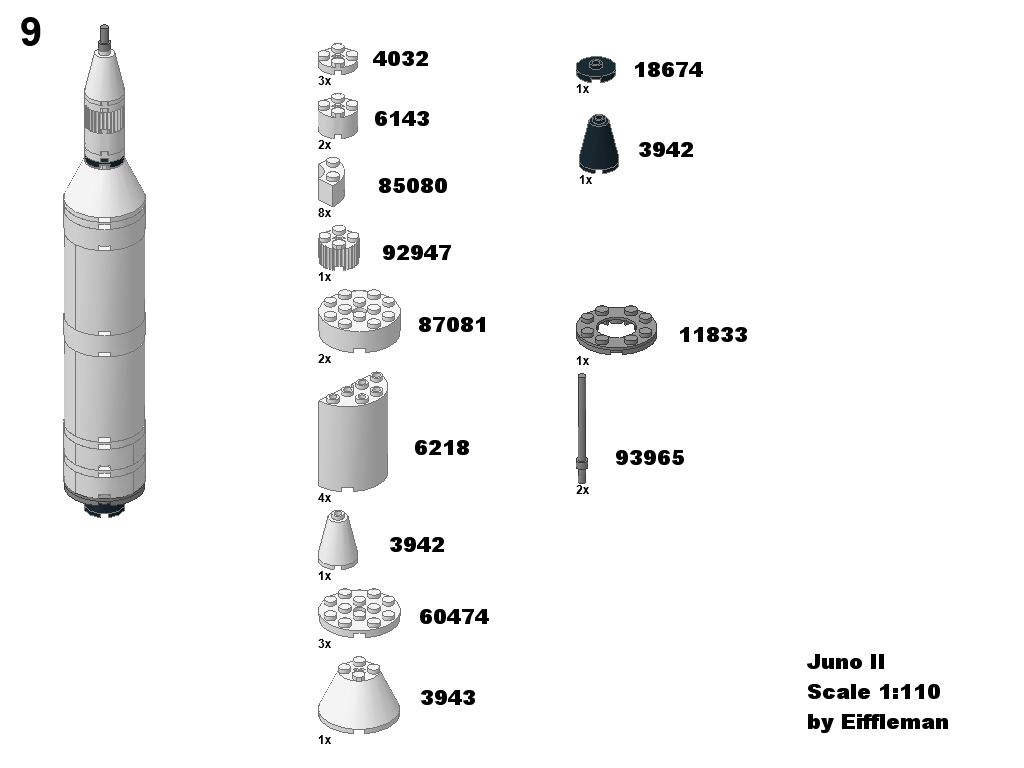 The Thor-Delta rockets launched a number of early american satellites, including Explore 17, Syncom 1 and 2, Telstar 2, and Tiros 7 and 8. The Thor-Delta B had eight sucessful launches and one failure.

On my original build I used part 33176 (Finial Ball) as the payload shroud. Searching the secondary market I found this to be a very rare item in white. The ball and stud used in the build instructions below (and which are a fraction of the cost of the Finial Ball) gives an almost identicle build.

Juno 1 was a four stage rocket based on the Jupiter C rocket. It launched America's first satellite, Explorer 1. The rocket consisted of a liquid fuelled first stage (Redstone).  Baby Sergeant Rockets were used for the upper stages. Eleven for stage 2, four for stage 3 and one for stage 4. Stages two and three were in the tub ab the top of the rocket, stage 4 with the satellite payload was attached to the top of the tub.

Here are the instructions for the frst of the unmanned rockets at the KSC Rocket Garden. I have included a graphic for the stripes on the rocket - I have printed it on plain paper, wrapped it tightly around the rocket and used clear tape to hold it together. This stays in place without the need for glue whcih could damage your LEGO pieces. I would hope that these would be printed parts in a retail set. 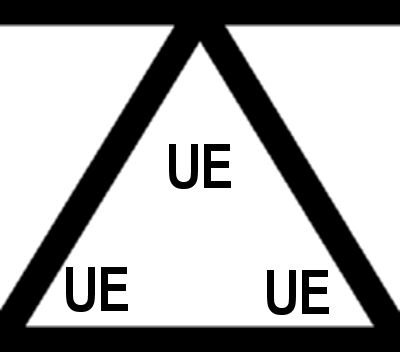 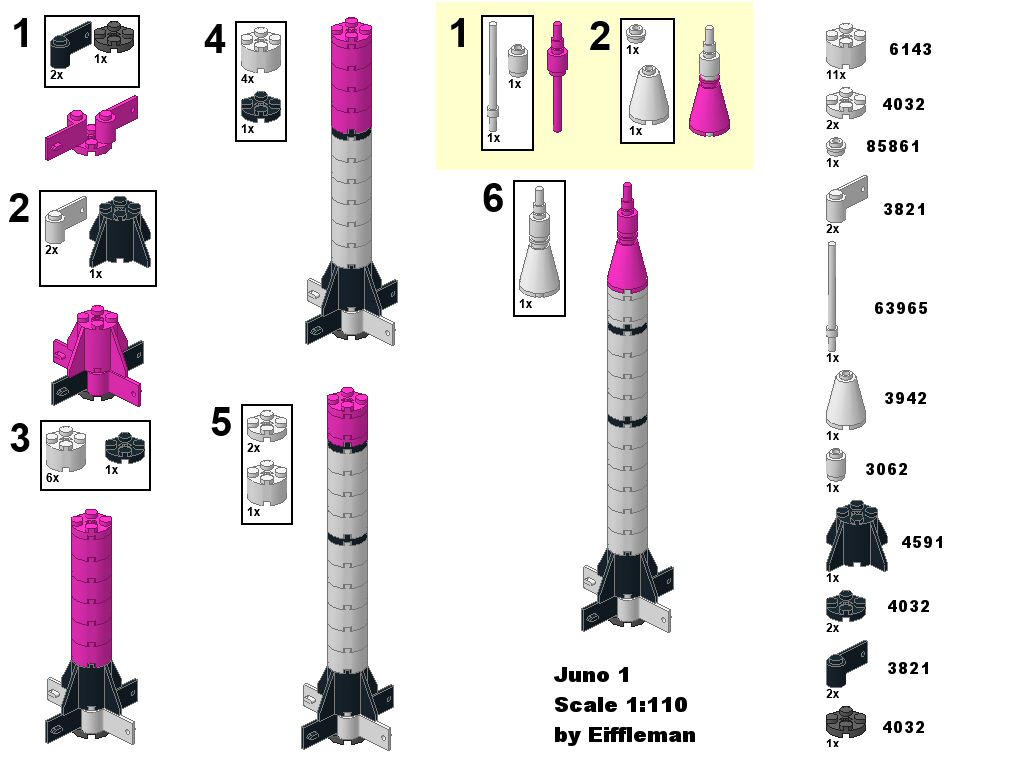 Displaying the LEM and Capsule

There are three display pads which are not used with the original seven rocket display, I have used two of them to display the LEM and Apollo Capsule models which came with the Saturn V kit. You coiuld use them to display Capsules or Engines like they do at KSC but they also have guest exhibits. 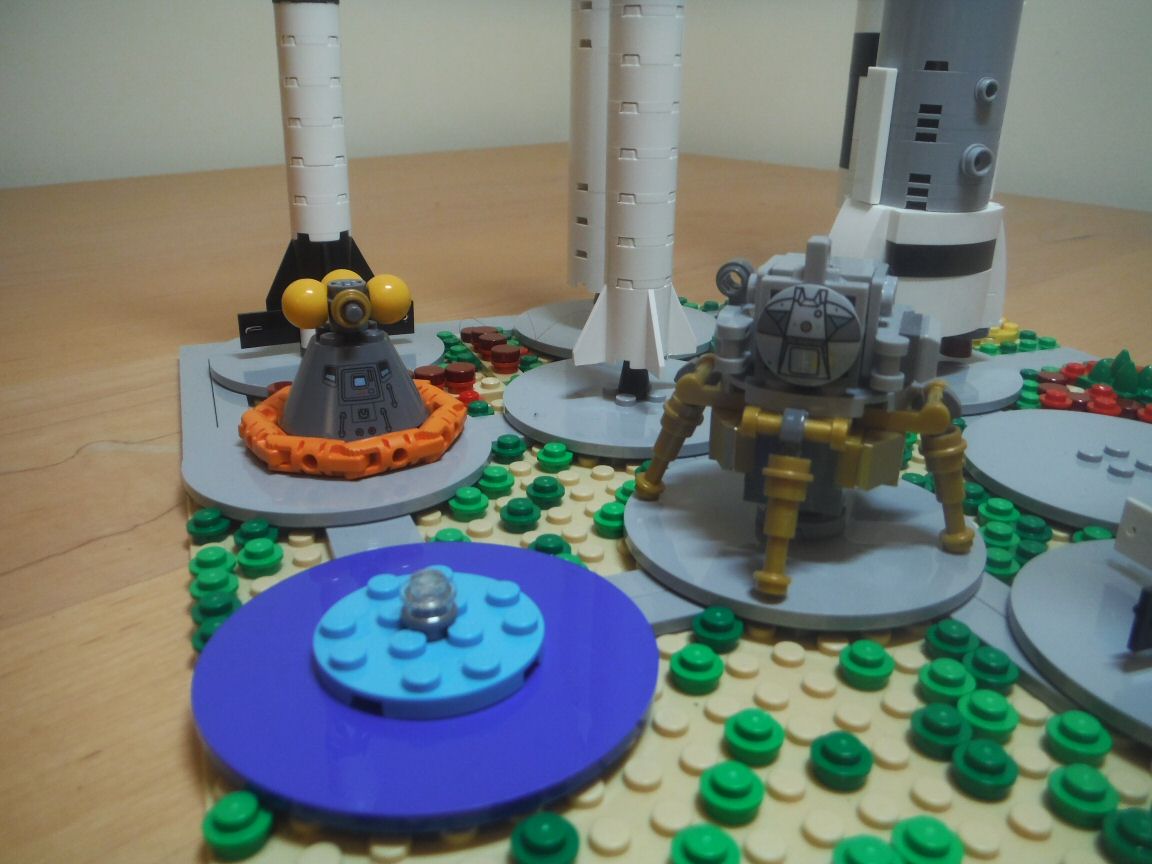 All of my NASA 1:110 scale projects have been designed so thay can be built now. To start with here are plans for the Garden. I have taken a different approach to these instructions - they are screen grabs from LDD on each of the layers which make up the baseplate.  Just one note about the fountain. I used a silver and clear 1x1 round stud in the centre.

Building instructions for the manned rockets can be found in the updates section for my original Mercury & Gemini project. The unmanned rockets will be later updates to this project. 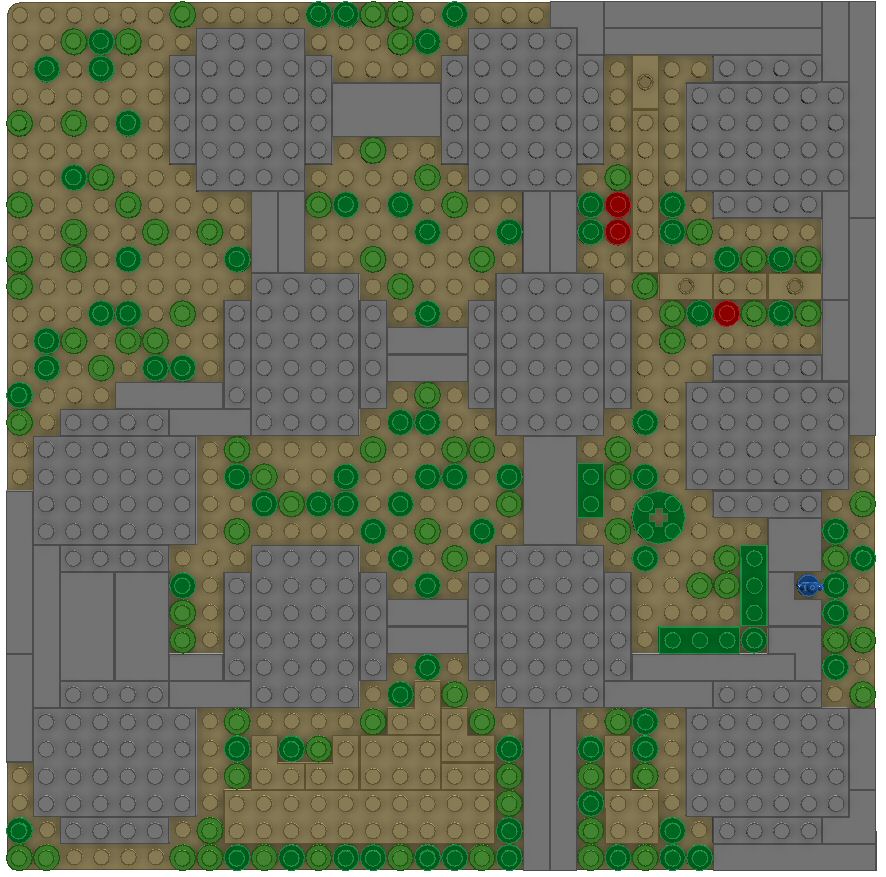 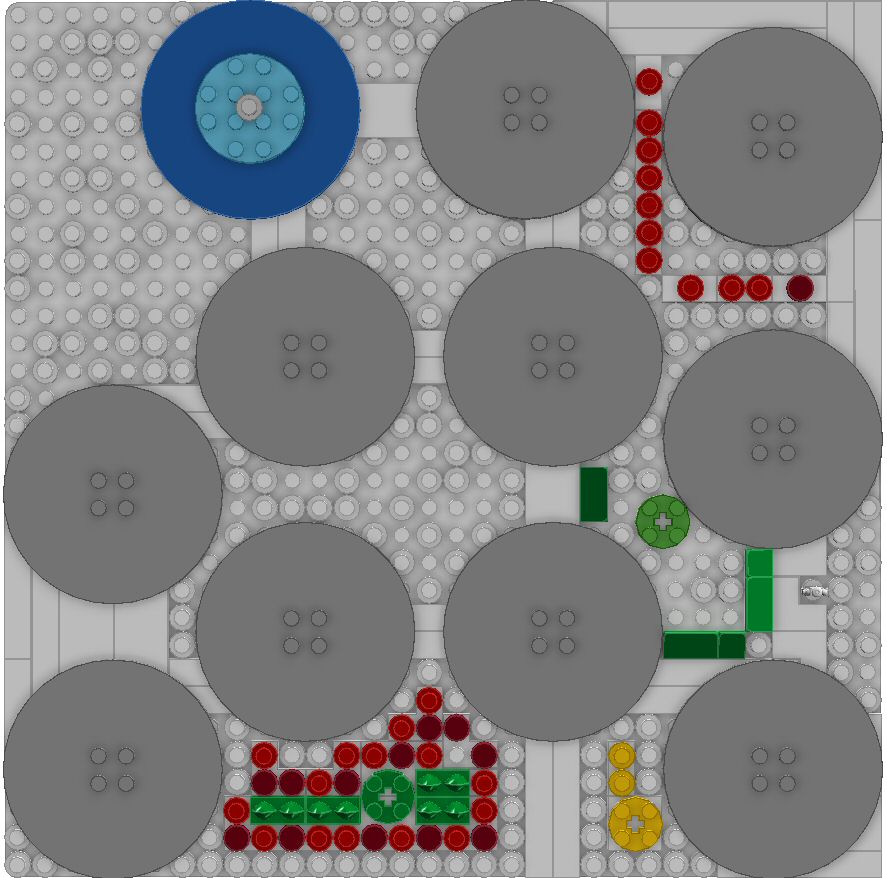 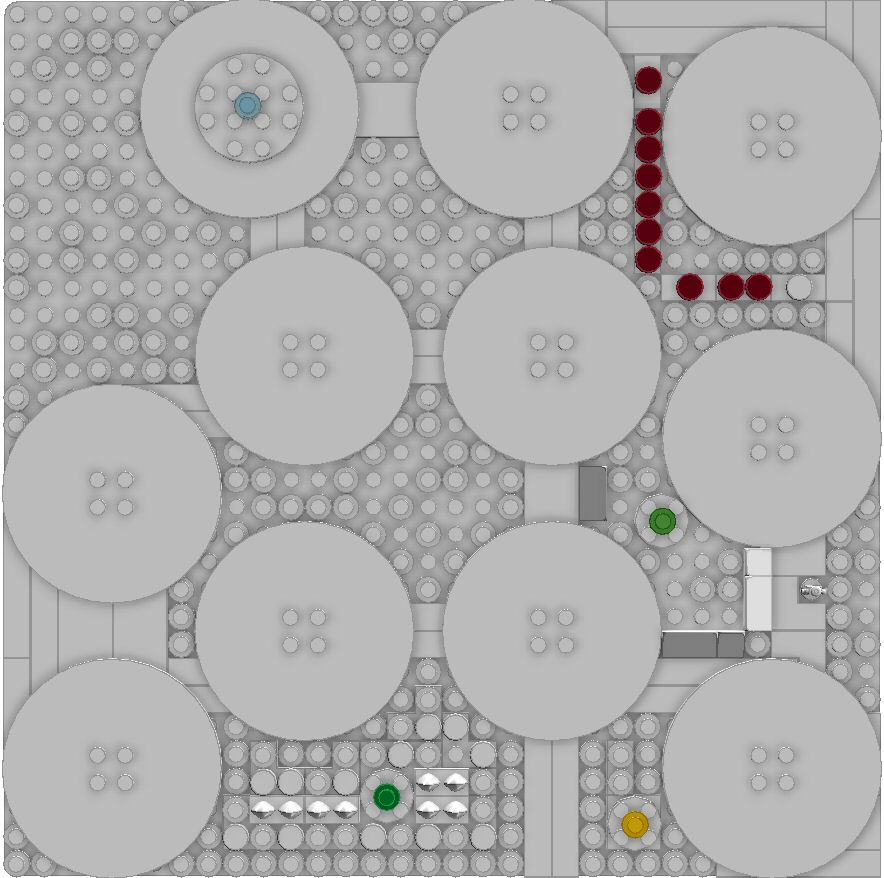 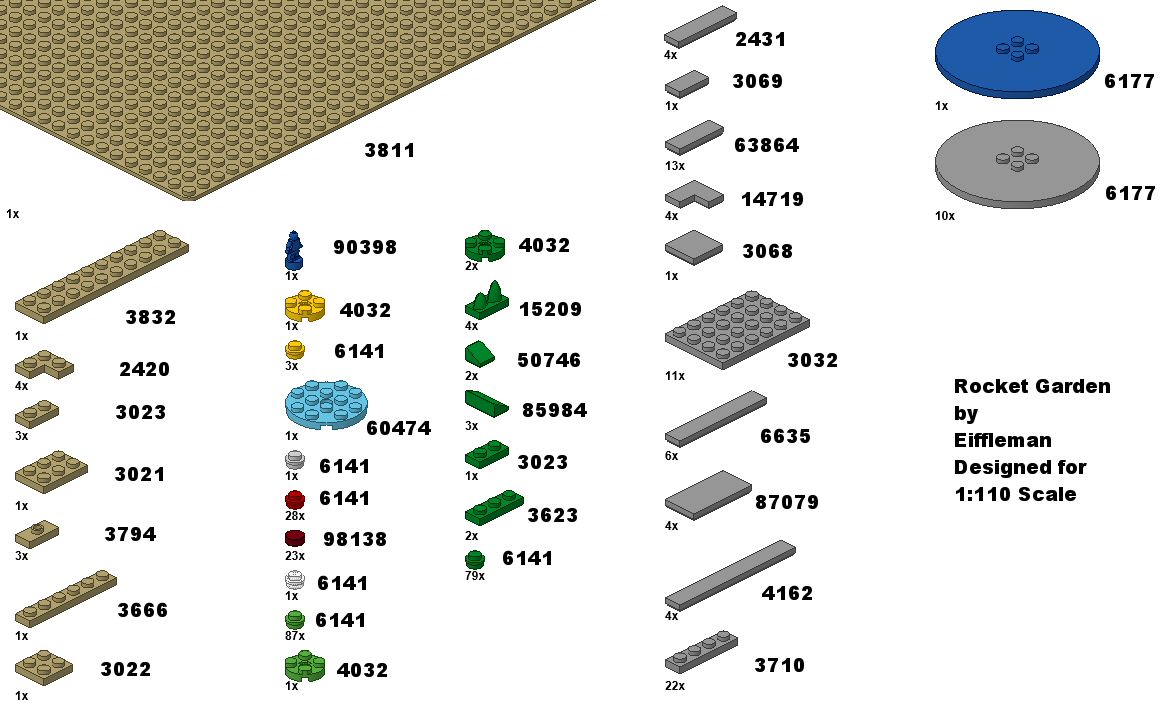