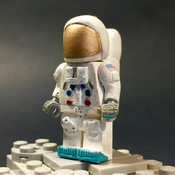 On the early morning of March 2, 2004, the air erupted with sound as the Ariane 5 rocket lifted off from Guiana Space Centre carrying the first probe to touch a comet: Rosetta. The mission derives from our quest to find how water came to our planet. In our search for answers, we turned to comets, celestial bodies made of ice and rock that were thought to hold the key. After launch, the mission would spend the next 10 years, 9 months and 6 days drifting through space on its way to the Churyumov–Gerasimenko comet, more easily known as 67P. Once it had arrived, Philae, a smaller lander would detach from Rosetta and land, giving humanity its first samples of a comet.

Once Rosetta had pulled itself into orbit around the comet, Philae descended towards the surface at the same speed as a person walking on November 12, 2014. It was nearly 9 hours until Earth received a signal indicating it had finally landed after bouncing twice off the surface. In the preceding days, the lander would try to determine what it could from its position on the comet until it eventually ran out of power. Communications were briefly restored with the lander between June and July of 2015 but were then again terminated as Churyumov–Gerasimenko moved farther from the sun. The mission was ended on September 30, 2016 when Rosetta was deliberately crashed into the comet's surface.

You're able to detach the Philae module from Rosetta and attach the landing legs. The set is great as display but can also be a playable one with enough imagination!

Please check out my other projects!