The other unsung hero of the middle ages: the butcher. His prices may be high, his service may be questionable, but the whole village still needs him. Our hero had a noble past (look inside his house), but circumstances have changed, and he's had to hang up his hat and sword, and take more common work. 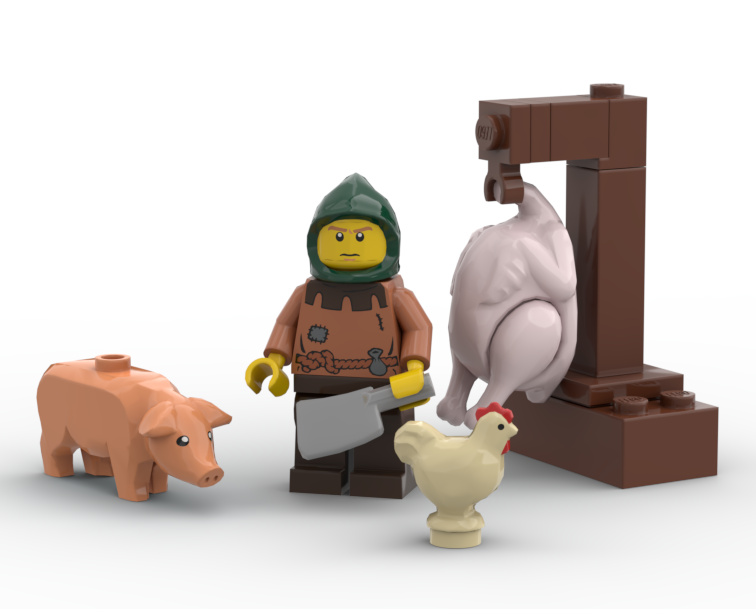 This build began with another Ideas project: the Small Medieval Market Village, and an attempt to design quirky and less common medieval minifigs, including the butcher (amongst others). The recent release of the excellent (21325) Medieval Blacksmith prompted me to turn this project into a more fully realized design. The first component that I designed was the thatch roof. I was trying to create something unique and new. I was inspired by Namirob's unique roofing approach in his original Ideas Blacksmith project, and Wes and Austin's comments in the designer video, especially regarding the roof design.
The end result is a butcher shop, house, and well, consisting of 1919 pieces that is inspired by many different sets and eras of LEGO Castle. For me, Forestmen and Lion Knights always play an inspirational role. (6067) Guarded Inn provided an inspiration for colors. (10193) Medieval Market Village and (7189) Mill Village Raid provided inspiration for the "village feel". Classic sets like like (1547) Black Knights Boat provided the inspiration for brick-built animals and animal heads (cows, pig, ravens), which are such a fitting medieval detail. (21325) Medieval Blacksmith provided the inspiration for the baseplates. I think (10270) Creator Bookshop's birch tree is one of the best designed LEGO objects of all time, so I emulated its design, but went more brick-built (less technic) and brought it into spring (not fall).
If there is a "modular" type line of Castle-era buildings, I hope my Ideas Medieval Butcher could be one of them! Other great ideas that would work in a village setting would be the Medieval Tavern, the Forestmen Secret Inn, Medieval Inn, Medieval Seaside Market, the Guarded Inn. And the Medieval Carpenter. Please check out the Carpenter here: LEGO IDEAS - Medieval Carpenter (See below for picture)
New medieval themed projects are constantly being added - this is an exciting time for Castle fans!
Some of my other projects include:
The Medieval Library - LEGO IDEAS - Medieval Library
The Medieval Guarded Grocer - LEGO IDEAS - Medieval Guarded Grocer
The Medieval Carpenter - LEGO IDEAS - Medieval Carpenter
The Medieval Miller - LEGO IDEAS - Medieval Miller (Windmill) 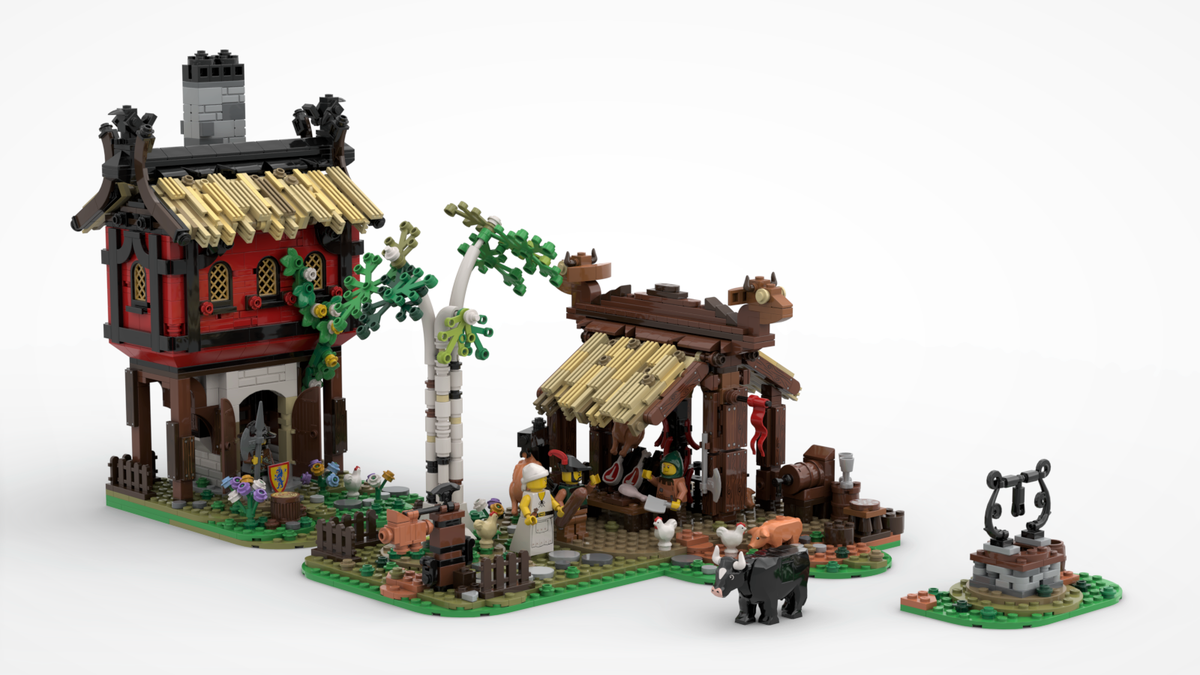 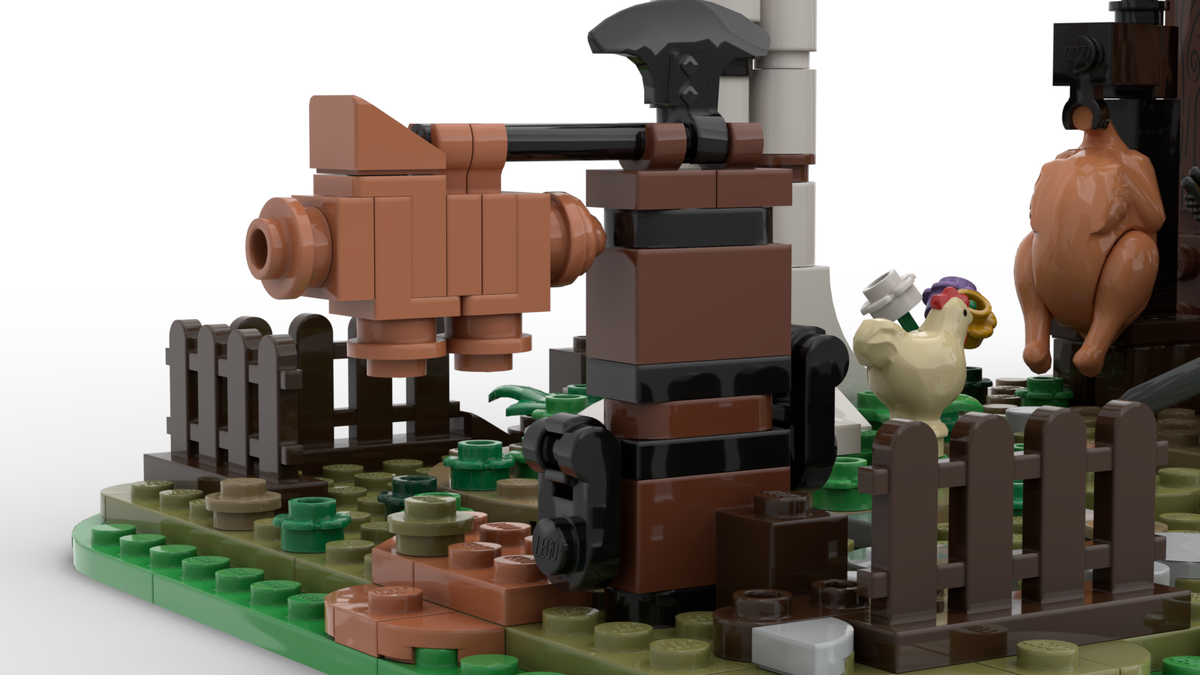 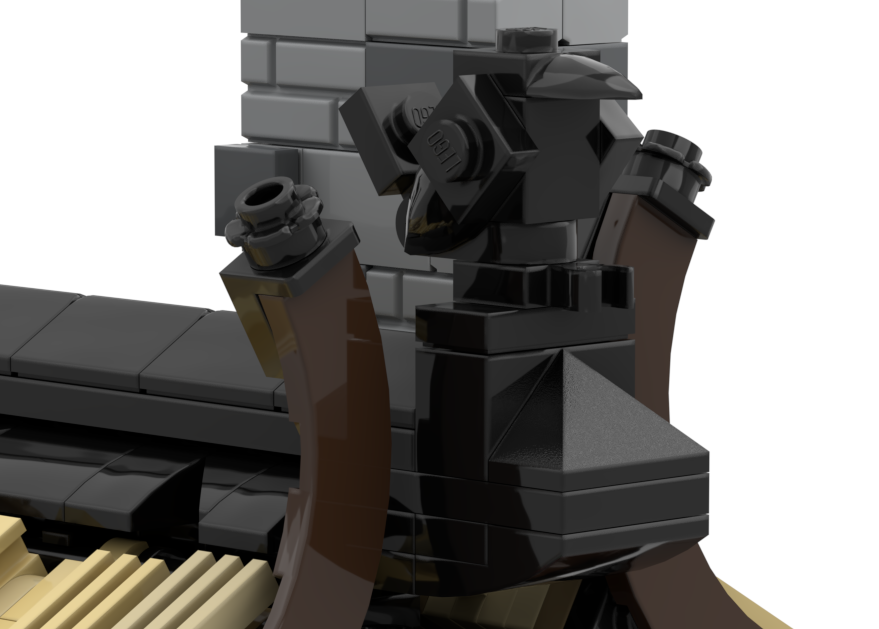 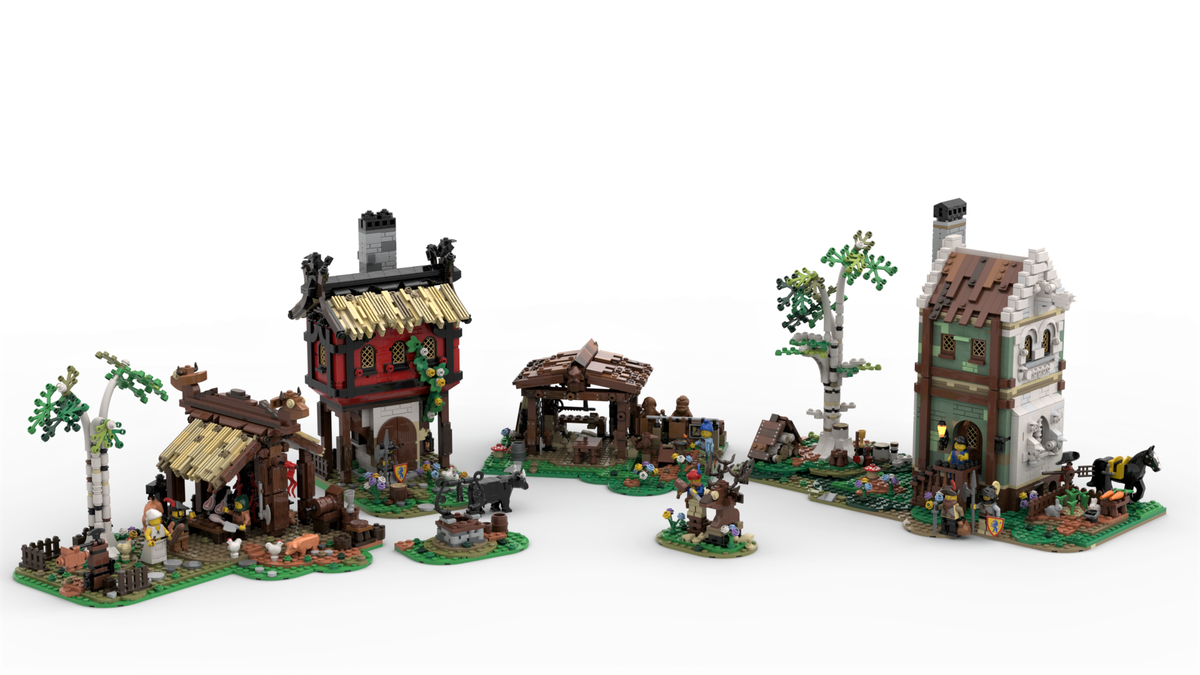 Stay tuned for the backstory of the Medieval Butcher and Medieval Carpenter... 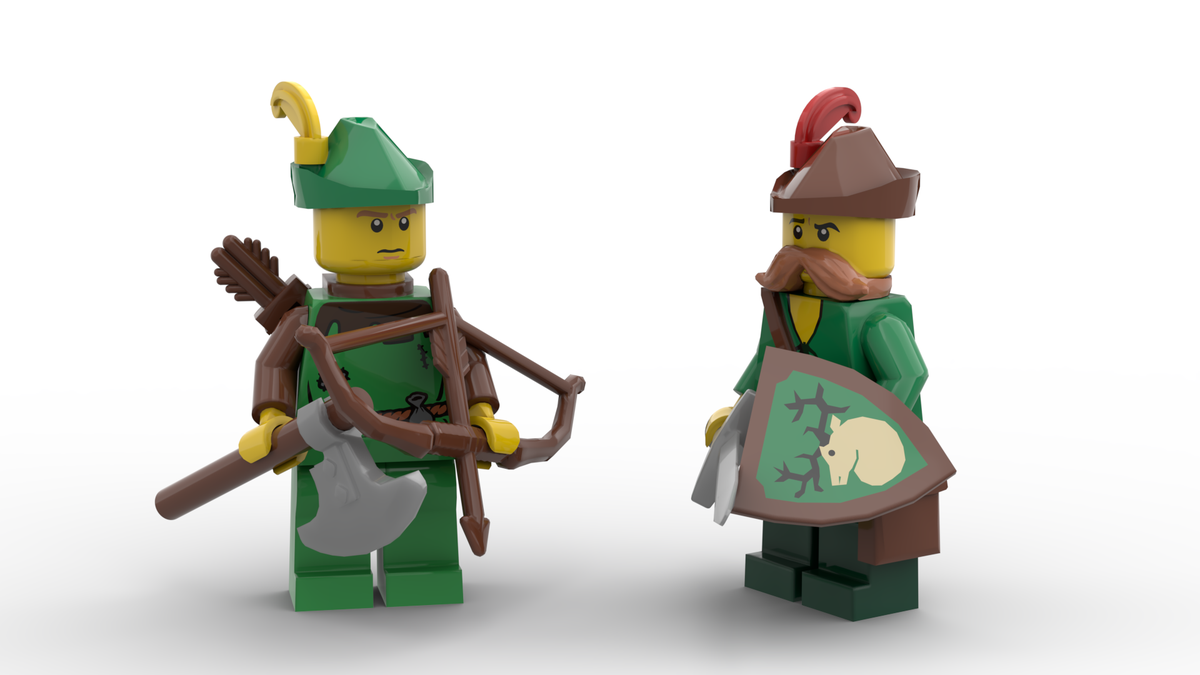