Thanks for the feature, BendyDollarStudios1! 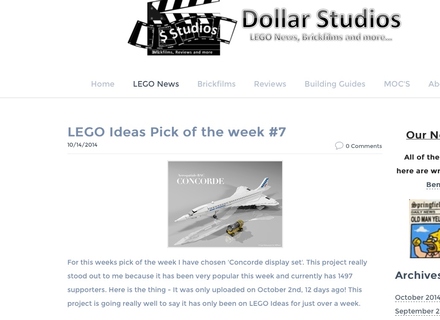 Thank you National Museums Scotland (NMS) for the retweet, really appreciate your support!

The National Museum of Flight, a subsidiary of NMS, displays Concorde G-BOAA as part of its collection. 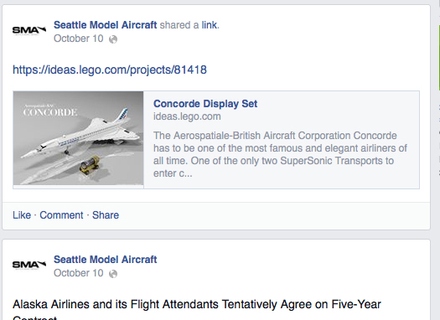 Thank you so much Warped Factor!

Warped Factor is a website that aims to "[Bring] you new daily features, reviews and news from the wide world of geek. Covering your favourite sci-fi, fantasy and cult TV Shows and Movies."

Featured on Brick in the Wall!

A big thanks to Brick in the Wall for sharing my project on their page! 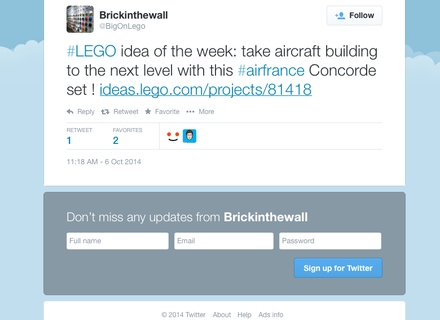 Many thanks to Ben Lord and the Concorde enthusiasts of Save Concorde Group! 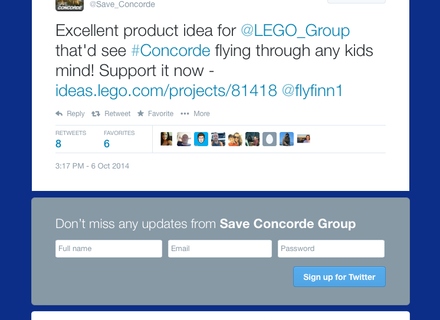 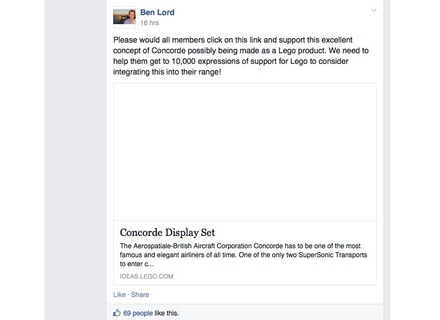 *Unfortunately, Facebook appears to have an issue displaying images from Lego Ideas at the moment, hence the missing cover image

Well if the B787 set had one, we should have one to go with this set too! Fits a 6x16 stud plaque 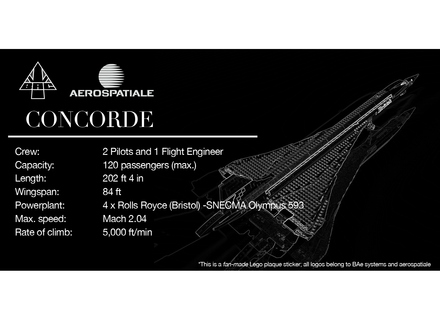 *Logos belong to BAe systems and Aerospatiale, as stated in fine print on the sticker

Having three options of livery will increase the part count by about 140 parts. Here is the classic British Airways livery from 1976 to 1984, one of the first liveries used by British Concordes. Enjoy and thank you all for 200+ support! 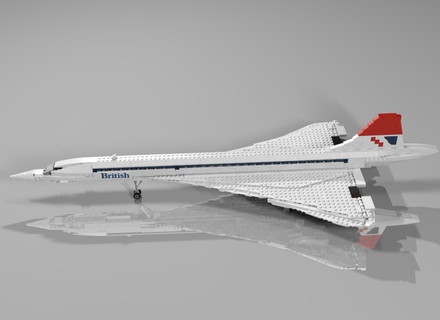 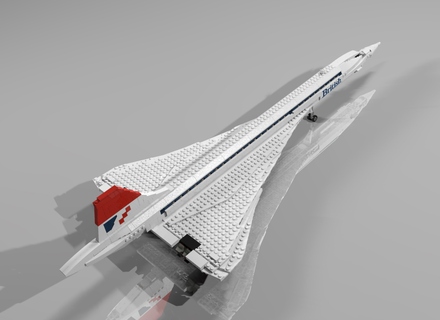 This one is for the Brits out there! I did a quick calculation and found that Lego would only need to include about 50 more parts to make a kit with an option for either Air France or BA livery. Enjoy ;) 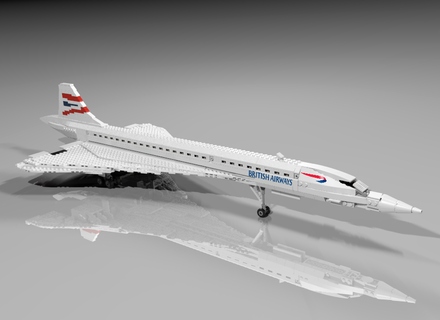 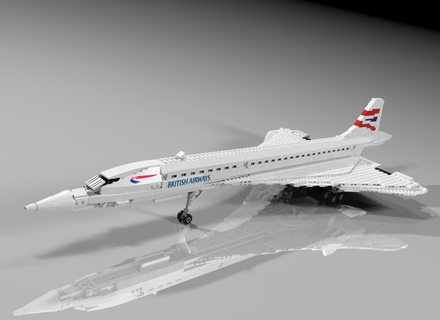