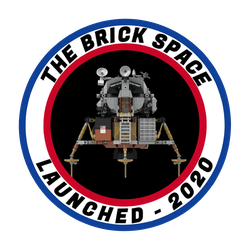 This model is an incredibly accurate replica of the original iconic Disneyland monorail! This train was designed and built by Disney Legend Bob Gurr for the first major expansion to the Disneyland park in 1959. Two monorails were originally assembled, a red and a blue. The Mark I trains consisted of 3 cars each. The design of the Mark I is reminiscent of the 1950s style cars with its sleek streamlined body, stainless steel panels, and fire engine red color. In 1961, the track was extended and the trains were upgraded to the Mark IIs. The Mark I trains are still considered engineering marvels as they were the first daily operating monorails in the western hemisphere. The Disney monorails still operate daily and are currently in their 7th version with a brand new 8th version coming soon for Walt Disney World. With the 60th anniversary of the monorails approtching, this model would be a great commemorative piece for any Disney or LEGO fan.