On the 12th of February, 2020 at 4PM CET (Danish time) the LEGO Ideas team will host a livestream event via the LEGO Ideas Facebook page, where we'll share the results of the latest LEGO Ideas review. This time around the review consisted of 10 creative designs, as well as 1 extra which was carried over from the previous review period.

In conjunction with the announcement of the review results, we're hosting a giveaway where you can stand a chance of winning a LEGO Ideas 21320 Dinosaur Fossils set signed by its Fan Designer Jonathan Brunn. Scroll down to learn more about the giveaway. 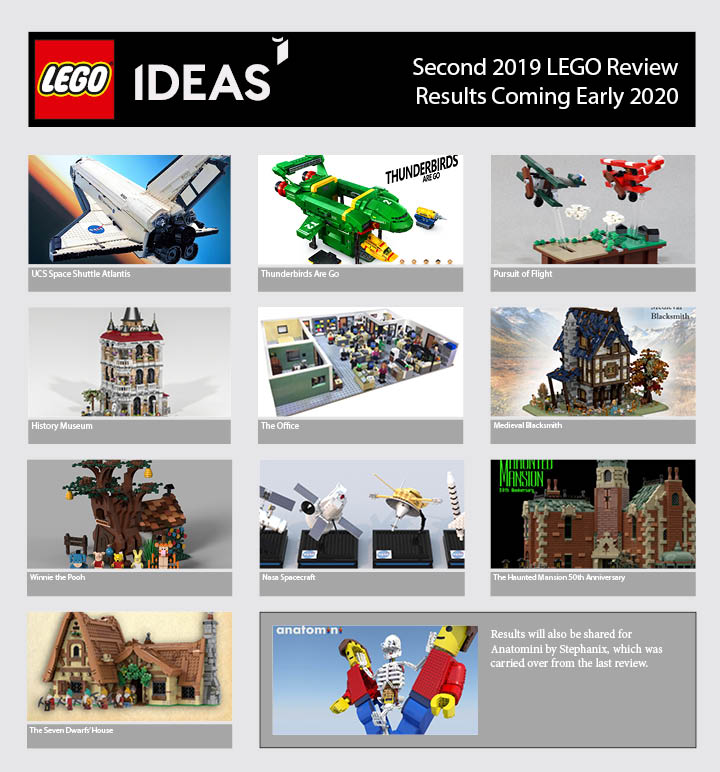 Deadline
We'll close for guesses at 4pm CET (Danish time) on the 12th February, 2020, as soon as the livestream announcement commences.

Giveaway Update 13/02/2020
Thanks to everyone who joined in and gave their guesses. It looks like it was a tough one and that we certainly managed to surprise many of you with the new sets that were selected.

Nobody in the blog comments got it fully correct in answering with just 2 project selections, so we made a random drawing from those who had guessed closest but included these two winning models in their selections.

The winner has been contacted.