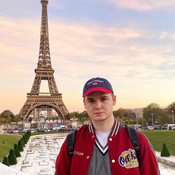 “This’ll be fun. We’ll stay up late, building LEGO, and in the morning… I’m making waffles!” - Donkey, (LEGO fan version, DFOL).
Being a favourite movie for many people, including myself, I’m surprised there isn’t already a Shrek LEGO set! So I had to design one myself!
I have based my build mostly on Shrek’s Swamp from the first movie, however I’ve given it some “Fiona touches” as she would’ve recently moved in. I decided to include the swamp (with details such as his ear wax candles and Duloc souvenir photo), the “BEWARE OGRES” sign and the outhouse.
When it came to minifigures, customising and designing can be quite difficult, especially Donkey. I decided to include Shrek, Fiona, Donkey, Puss in Boots, The Gingerbread Man and Lord Farquaad. I chose these characters as I believe that they are essential within the Shrek universe and would make great for the play side of a LEGO build.
Hope you enjoy my build as much as I enjoyed building it, let me know what you think in the comments below!