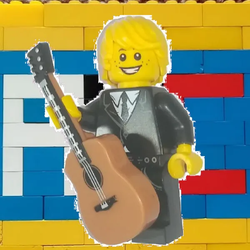 This set contains roughly 122 bricks. the break down is as follows: