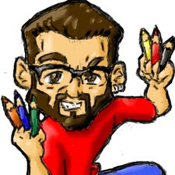 A LEGO Set with Phenomenal Cosmic Power!
Inspiration
In 1992 was released a masterpiece of the animations: Disney's Aladdin! The third movie of the Disney's Renaissance phase which Disney regained its renown.
A great plot, rich in magic and adventure, and an astonishing visual using CGI and classic animation techniques composing wonderful scenes.
However, the most important, a movie with amazing characters. Aladdin, the diamond in the rough, the incorruptible poor boy. Jasmine, the strongest woman until then In animation, differently from any other princess presented before in a Disney animation.
The last but not least, my favorite, the most charismatic, adorable, funny, awesome and blue, the Genie! Impersonated by Robin Williams, a brilliant actor, one of my favorites!
This amazing movie is my favorite Disney classic animation.
In 2022, Disney's Aladdin will turn 30, and it deserves an incredible LEGO set to homage this amazing movie.
Inspired on the Genie's music clip, Friend Like Me. My favorite Disney song ever and the music clip that presents the Genie showing his whole might and wonders. In addition, without any doubt, the most iconic scene of the movie.
Description
Here we see Genie in a ginormous buildable figure, trying to emulate his magnificence, "conjuring" the final scene of the music clip where he creates a Broadway level stage with dancing Elephants, Camels, Lady dancers and Sword dancers on a mountain of treasures. In the center of this incredible scene is our protagonist, Aladdin.
This set is composed by a Genie buildable figure, his detached hands and a center "stage" where are Aladdin and other characters. The upper part of this center stage can rotate and doing so some sub circles will turn in different orientation and speed, emulating a dance. The Genie figure can open and close his mouth when you move its handle on the back of Genie's head. Genie's hands is fully articulated to make it able to produce any moves and to help on it there's a support that can hold the hand by its fingertips or wrist as part of the setup.
Kids can play with it, recreating this iconic scene from the movie or creating his own scene as they love it. The Genie's figure working as a Puppet can produce great playtime.
Building process
Built with about 1580 LEGO parts! It was designed and rendered on Stud.io, further edit and animate on Krita.
The Genie figure was designed to represent the Genie's appearance as more faithful as possible and the Genie being a strong and also a chubby character, it used a lot of slopes, curves and SNOT techniques, especially on the face. It ended up being a huge figure, and it should be steady in addition to be faithful in appearance, so for example to fix the head on his neck it was used three LEGO technic lift arms attached from the top of the neck to the base of the figure working as a kinda a spine.
On Genie's hands, I used LEGO technic pin connectors on two axises on the base of his hand and ball joint to connect each finger node. To give it the faithful appearance of Genie's chubby hands it was used a lot of slopes, curves and SNOT techniques.
For the "stage" was used a set of gears to make the upper part of it able to rotate while three sub-circles to rotates in different orientation and speed from the main part. This set of gears is built on a structure of LEGO technic lift arms which is attached to the stage outer box. On that stage is placed sand colored pieces to simulate the Cave of Wonders' ground, where it is placed the whole treasure there stored.
The most difficult part was to try to replicate the music clip dynamism and magnificence. For that, I tried to produce play features that would resemble a music scene.
The result of my efforts was these play features:
(Watch the video below to see it working)
Including 8 minifigures and a baby figure:
Thank you, Walt Disney and most of all... Thank you, Robin Williams!
You ain't never had a LEGO set like this!