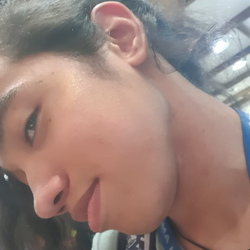 Hello there
I brought to everyone, one of my favorites buildings with a structural expressionism, as architecture style (near of Art deco style), the World Trade Center (WTC), main complex.
The both towers, had 110 floors, but the north tower had an advantage about them height, this because the antenna. But, out that, the both towers had exactly the same height.
IMPORTANT! Please read:
I done some importants changes about the set, then, i will show you the patch 1.0.1!
What's news?
1. I putted a gap between the buildings, now the set has a good aspect (Before the buildings were quite next which othe. Some people give me tips about that)
2. The fountain has change (Because the base - plate changed, the fountain needed be more broad)
3. The base plate become large (To separete the buildings, the base - plate needed change too)
4. The lobby were painteds (Now the lobby looks like more to the real buildings - red color )
About the design:
The World Trade Center complex housed more than 430 companies that were engaged in various commercial activities. On a typical weekday, an estimated 50,000 people worked in the complex and another 140,000 passed through as visitors. The complex hosted 13,400,000 square feet (1,240,000 m2) of office space, and was so large that it had its own zip code: 10048. The towers offered expansive views from the observation deck atop the South Tower and the Windows on the World restaurant on top of the North Tower. The Twin Towers became known worldwide, appearing in numerous movies and television shows as well as on postcards and other merchandise. It became a New York icon, in the same league as the Empire State Building, the Chrysler Building, and the Statue of Liberty. The World Trade Center was compared to Rockefeller Center, which David Rockefeller's brother Nelson had developed in midtown Manhattan.
The set:
I wanted build a structure with the same idea as the Empire State Building set, there the concept in use plates with modified plates 1x2 grate, and put that on the sides.
Also based in Empire State Building set, were projected the indoor balcony on the lobby (In white, yet) and the moving staircase.
The important icon in the WTC Complex was them fountain with the goldden monnument
The vertex will be changes, because the original buildings were not cubic style!
About the bricks:
- 2589 bricks were used to the buildings
Thanks for the 95 supports!!!
Important:
Probably, new updates - and many - will be added in next days, so, keep watching here!
Thank you so much for your support!!
17
180
days left