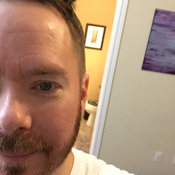 Toronto is the largest city in Canada and the capital of Ontario, with over 2,800,000 residents. Toronto is a global city, no stranger to business, finance, arts, and culture, and is recognized as one of the most multicultural and cosmopolitan cities in the world.

Represented here in Lego is Rogers Centre, the CN Tower, First Canadian Place, Fairmont Royal York, and the City Hall. I think they represent a diverse selection of buildings that displays significant achievements in Canadian architecture.

Rogers Centre
Rogers Centre, originally named SkyDome, is a multi-purpose stadium, home to the Toronto Blue Jays and was completed in 1989. The building was the first stadium to have a fully retractable, motorized roof as well as a 348-room hotel attached to it.

CN Tower
At a height of 553 metres, it is the tallest free-standing structure in the Western Hemisphere. In 1995, the CN Tower was declared one of the Seven Wonders of Modern World and still attracts over 2 million international visitors a year.

Fairmont Royal York
The Fairmont Royal York is a large historic hotel in downtown Toronto. Opening in 1929, it was one of Canada’s well known Canadian Pacific hotels. With 28 floors, it was also the tallest building in the British Empire at the time.

Toronto City Hall, Nathan Phillips Square
Toronto’s City Hall is one of the city's most distinctive landmarks. Built in 1956, it has a saucer like council chamber as well as two large curved towers that surround the council Chamber on the North side. In front of City Hall is Nathan Phillips Square which includes a raised walkway, a reflecting pool (ice rink), concrete arches and the very popular 3D Toronto Sign.

This Toronto Architecture set was constructed with approximately 800 Lego pieces. Please help support my project and share it with others.