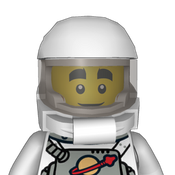 The phoenix is one of the oldest and most magnificent creatures from both Eastern and Western mythology. It symbolises rebirth and renewal, and is associated with fire and the sun. There are numerous references to the phoenix mythology throughout the ages, from the ancient Greeks to Shakespeare.

In modern popular culture, the phoenix appears or is referenced in Avatar: the Last Airbender; Power Rangers, X-men, and Terry Pratchett's Carpe Jugulum to name just a few examples. Perhaps most prominently, Fawkes the phoenix is the hero of the Chamber of Secrets and saviour of Harry Potter in JK Rowling's Harry Potter series.
The Model
I built this phoenix model to be as lifelike as possible, modelled on a number of real birds.
It features jointed, moving mechanical wings and posable head.
The model includes some uses of LEGO elements that I hope people will find interesting - particularly the jewel/tyre eyes, and the head bricks at 45° to the body and beak.
Being elaborately tiled and brightly coloured, it is (in my opinion) an impressive display piece. I hope fans of any of the series mentioned above would love to build and display this detailed phoenix model.
Pieces: 790
Length: 39 cm
Width: 44 cm
Height: 18.5 cm
UPDATE - 2in1 - Alternative Build
Following a question from a supporter (thank you!), I have developed an alternative build for the phoenix in a perched position. Although not moveable, it is very lifelike and has a great presence on the end of my bookcase!
This alternative really adds to the versatility of the set and hopefully broadens it appeal even further.
Pieces: 647
Length: 16 cm
Width: 11 cm
Height: 34 cm

Thank you for viewing my idea and, hopefully, for your support!