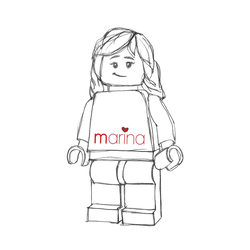 The Athens skyline is a medium sized build, styled like the Architecture skyline series.

It presents the Athens Acropolis hill, with the Parthenon and the golden statue of Athena inside it. On its left is the impressive New Acropolis Museum, designed by the world famous architect Bernard Tschumi. Further on the left is the Athens Olympic Stadium, redesigned for the 2004 Olympic Games by Santiago Calatrava. On the right of the skyline you can find one of the many beaches of Greece, with their typical crystal blue water and a white sailing boat.

The model presents multiple aspects of the Greek capital, its history, modern architecture and nature.