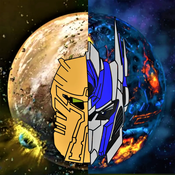 By AnonymusMocDesigner
160 comments
The real locomotives:
Pere Marqette 1225 is also famous because the numbers in its name represent the date of the first day of Christmas, this locomotive was also the inspiration for the Polar Express locomotive. The locomotive is currently at the Steam Railroading Institute, running the North Pole Express. Pere Marquette 1223 is a sister to PM 1225, exhibited in Grand Heaven. Nickel Plate Road 765 is owned by the Fort Wayne Historical Society and carries the Fort Wayne Santa Train, among other things. Berkshire type locomotives have a 2-8-4 wheel arrangement, only Pere Marquette 1225 and Nickel Plate Road 765 are now in service.
The Lego modell:
With this kit, you can build Pere Marquette 1225, Pere Marquette 1223, Polar Express and Nickel Plate Road 765! By changing a few parts, you can bring any legendary locomotive to life, or you can even make your own version!
The battery compartment is easily accessible and removable, so that battery replacement is not a problem and takes longer, the motors are also easy to install and remove, simply by pulling it out of the locomotive. There are no disintegrating structures in the model, the motors and the battery holder are stably connected. The train can also handle sharper bends. Its instructions seek transparency to facilitate the construction process. There is also a ledge at the front and side of the locomotive, like the original. The inscriptions were made with stickers tailored to the parts. It contains a bell and a lamp on the front that can be connected with a LEGO lamp to light it up when it’s in use. The coal wagon has six axles, like the real one.
The steam engine, due to the detail and construction of the locomotive, it is suitable for motorization, but also without engines, this steam engine is also relevant for train model collectors, as it is based on the original model of a real and famous American steam locomotive. The locomotive is 57 cm long and has around 1,700 parts. Thanks to the internal structure, it is also more realistic than most of the models. It is also suitable for bigger LEGO exhibitions, whether it is a railway or a Christmas event. The latest motorized system, the Powered Up, has been installed, which allows you to control it from a phone via a Bluetooth connection.