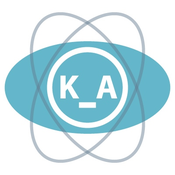 " SPACE: 1999 " is a British science-fiction television series aired from 1975 to 1977 currently distributed by ITV Studios and produced by Gerry and Sylvia Anderson creators of other cult series like the Thunderbirds and UFO.

Many among us loved the Moonbase universe, just look around to be convinced.
Like some of you, I wanted so much to play with these little spaceships named " Eagles " that finally I built one for myself. Now I want to share with you my vision of its playability.

During the series, the Eagles are seen in a number of different configurations. In emergency situations, for example, the command module is detachable and can be connected with the engines in order to form a rescue pod. The basic configuration of eagles doesn't have module connected to the body, but special pods can be routinely attached and changed according to assignment.

The podless version is perfect for combat. The passengers pod is indispensable for exploratory missions. The cargo pod, in this version, is equipped with a winch useful for lift heavy things. And the carrier pod with its radioactive pallets is might be responsible of the Moon's course...

My set proposal has :

High resolution pictures can be found at this address : Album flickr Modular Eagles.