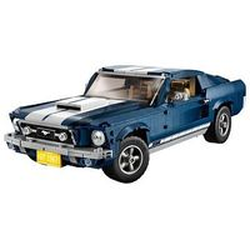 G'day everyone, I present to you all the ''Fawlty Towers'' Hotel. I have created the hotel from the 1970s British comedy TV series ''Fawlty Towers'', with just over 2000 pieces. I have created the hotels facade, and on the backside is a fully decked interior, with all the key main rooms featured in the TV series, including the hotel reception/foyer, staircase, kitchen, dining room, bar, Manuel's room and Mrs Richard's room. Each of the rooms contain references to many of the different episodes of the series, including the Moose head in the foyer, the Major looking at the rat in the pub, the rat cage in Manuel's room and the vase in Mrs Richard's room. I have including many of the main characters in the TV series, including Basil Fawlty (I have included a few options for his suits), Sibil Fawlty, Polly, Manuel (I have included him in his suit and bath robe outfits), Terry the cook, Mrs Richards and the Major. I have also included a few guests for the dining room. Out the front of the hotel I have included the famous ''Fawlty Towers'' sign, as well as a few different 2x4 tile combinations to put on the sign to replicate when the letters get changed at the start of each new episode. I have also included Basil and his car which he is not very pleased with.
I hope you all enjoy!
94
317
days left