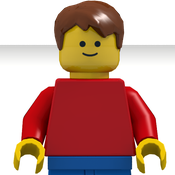 Whoop! Whoop! We are officially at 236 supporters! Thanks to the 130 next honorary members of the LEGO SLS fan club and more to come! I would love to give a HUGE shout out to the All about the Brick guest Blog and the Brick Studdy for writing an awesome story on the LEGO Space Launch System Rocket. (Photos below) 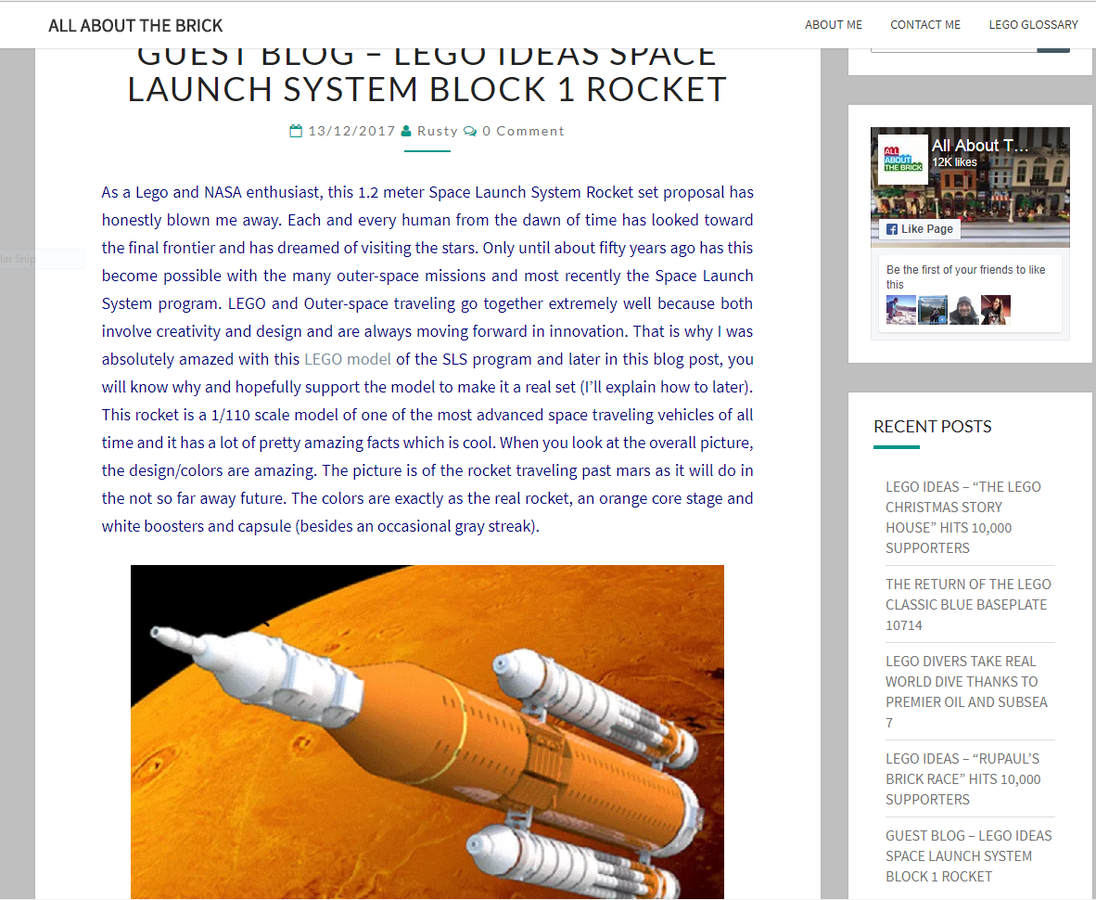 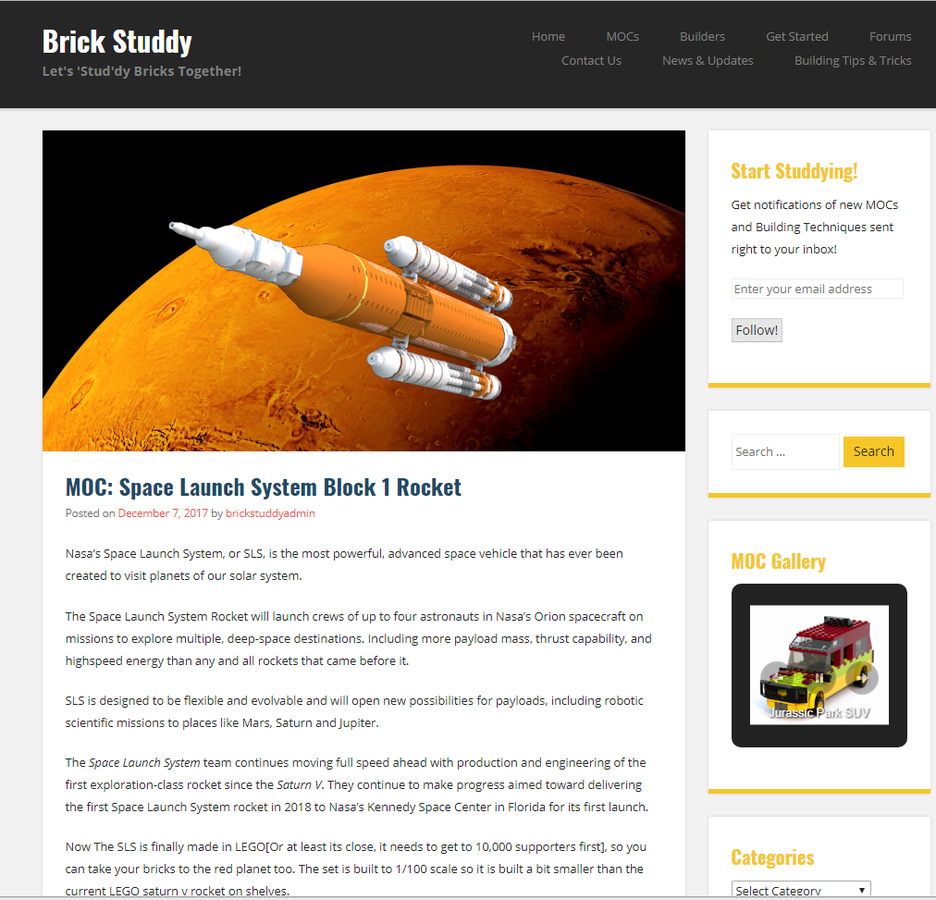 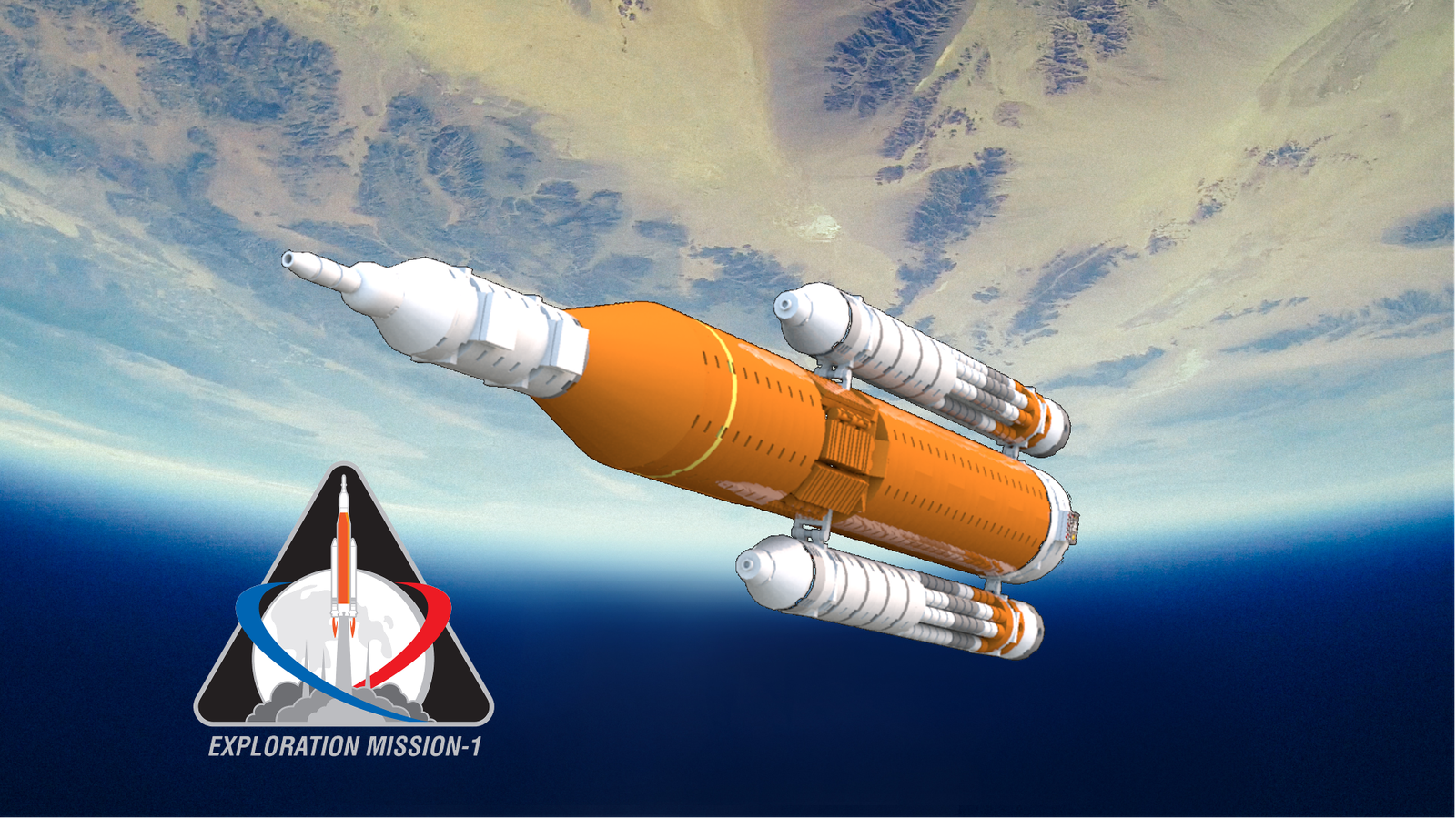 And now, The Moment you all have been waiting for (Especially you Sleeps)

I've always have had a history in LEGO, From my first set at six I was hooked, But It wasn't till I watched the LEGO brickumentary at thirteen did I know about LEGO Ideas. I thought to myself, "I can make pretty decent models, Why not try this out?" I eagerly searched online for cuusoo but I couldn't find the webpage and instead was directed to (drumroll) LEGO Ideas! I looked around a bit and watched the intro videos that were there, and decided to make my first set (The Tron Light cycle escape) with Lego Digital Designer. Unfortunately, the light cycle set did not win. (At least we are going to get a Tron set by brickbros!) I was heartbroken, but it wasn't like me to give up... I have learned over time better building techniques, better renderers for LDD models, and have designed better sets. I eventually designed this set, The LEGO Space Launch System Block 1 Rocket. This set was inspired by my father, who happens to work on the rocket and is a minifigure! The thing I love most about the LEGO Ideas community is the supportive people. From Sleepy17 to Whatsuptoday to Brickpicker to Dodgedude5498 to Grenard6 to Eiffleman,  You all have been there helping me along the way!

So that's my story. Who knows what is going to happen next in my LEGO Ideas story, who else is going to vote on the SLS, and maybe, just maybe, The SLS will be one of the next LEGO Ideas sets. 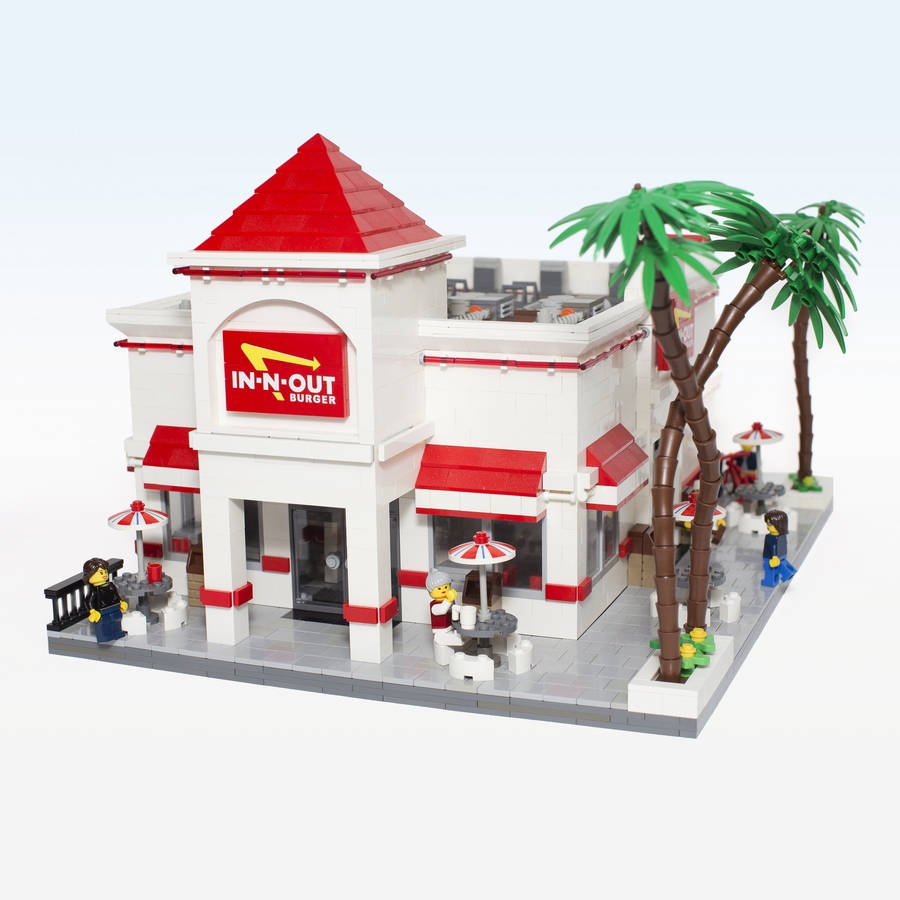 This is one of the most detailed and talented builds I have seen yet.

I encourage you to support before the time runs up!

The Lego SLS was supported by russle from the blog "all about the brick"!  Thanks for your support!

If you're not convincd to support this set watch these video's:

And this cool music video! seriously, when have you known a set that has a music video???

"lets get this set on the road!"

P.S When we get to 200 I will start looking into buying the set in bricks and I will definetly share how I came to Lego Ideas!

Thank you Planetary Packers team for sharing the LEGO SLS! 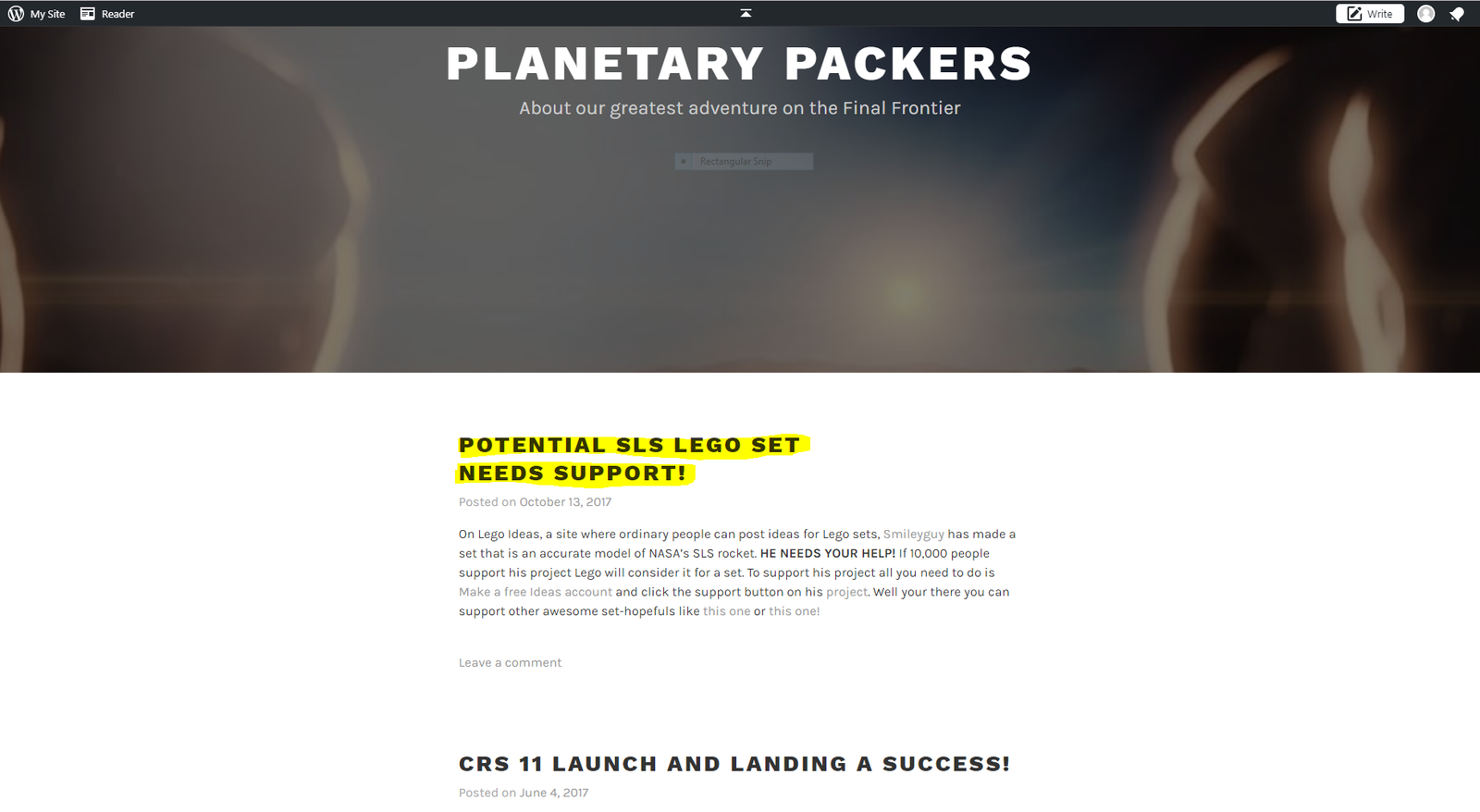 here's the link if you want to view it: https://planetarypackers.wordpress.com/2017/10/13/potential-sls-lego-set-ne...

When the SLS reaches 200 I will share how I came to Lego Ideas!

Thank you to the first 100 supporters of the rocket!!!

The next update is the paint job of the rocket.

Designers at NASA of the real rocket have changed the paint job so I have too!!!

Here is the new paint job: 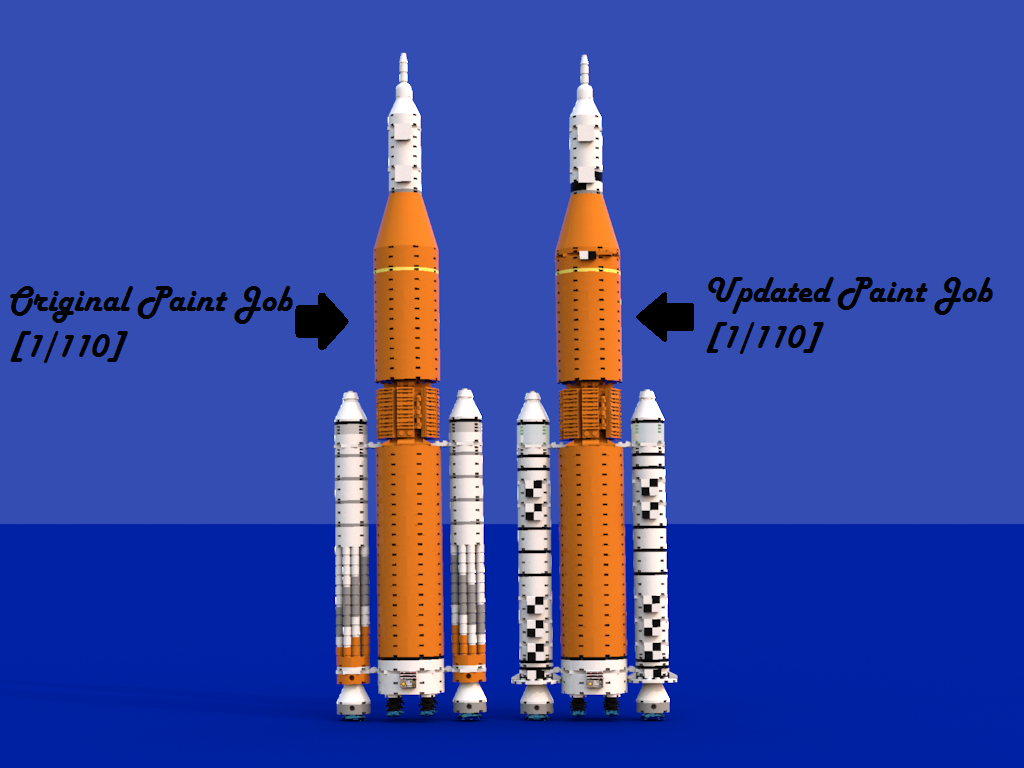 This is a video of the new paint job:

I have also made a change on the solid rocket boosters design. If you check the bottom of the boosters in the picture above, You will see a slightly different engine covering than the the original rocket. 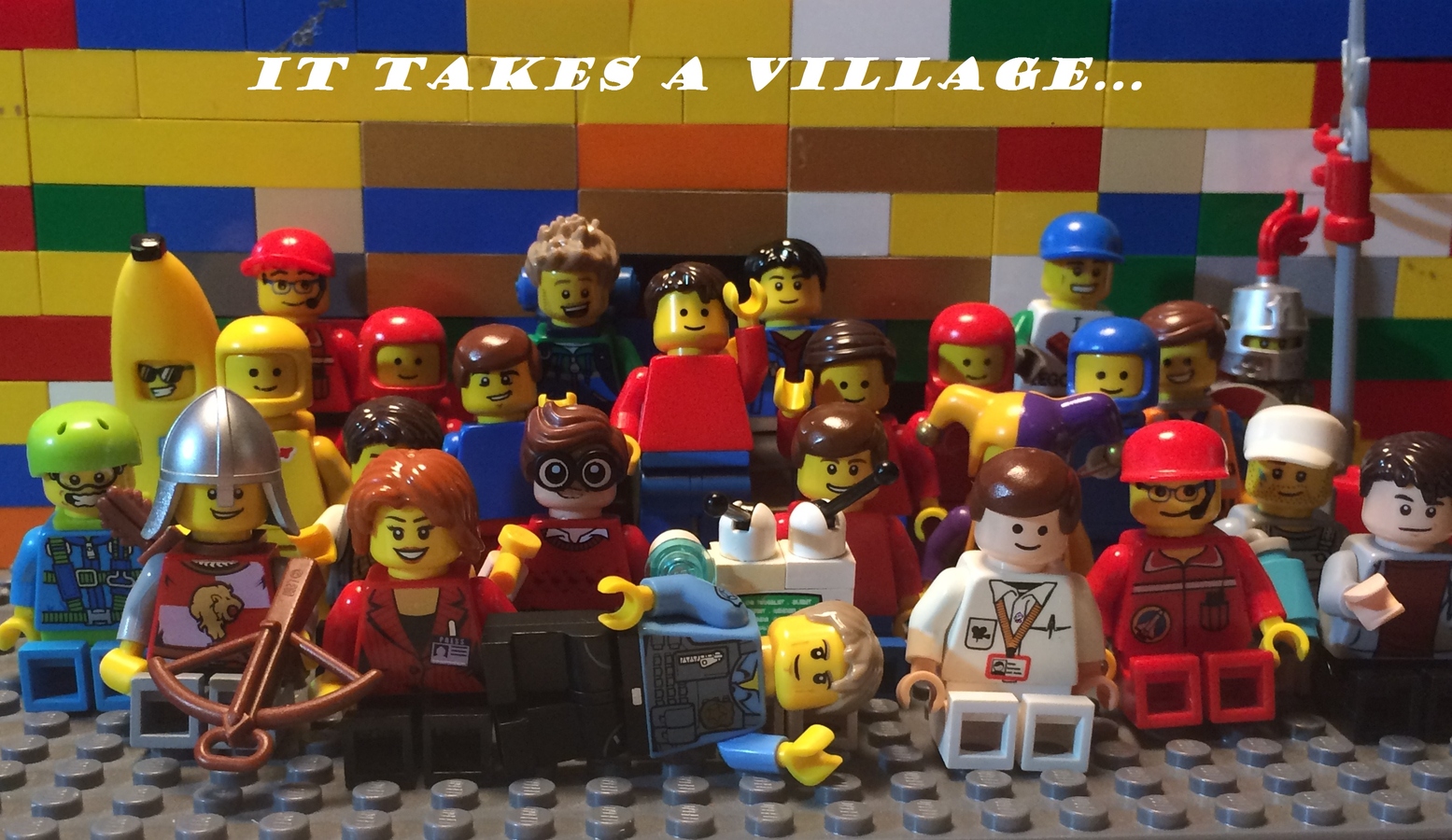 [ It may sound like a title to a the speech in the Lego Batman Movie, But its true] :]

It does takes a village to get the job done.

If you have tips on how to get the word out, or want to share this proposal on a blog, Please let me know in the comments section so I can give you a shout out. :]

Till the 200 votes update, [or if something worth mentioning happens] :]

Were almost to 100 supporters and our first milestone!!! Please support and share on social media!!!

It was brought to my attention that some users wanted the set in 1/110 scale[Saturn v scale].

The set now measures at 2.9 feet [.8 meters] so it is .2 meters smaller than the Saturn V rocket. 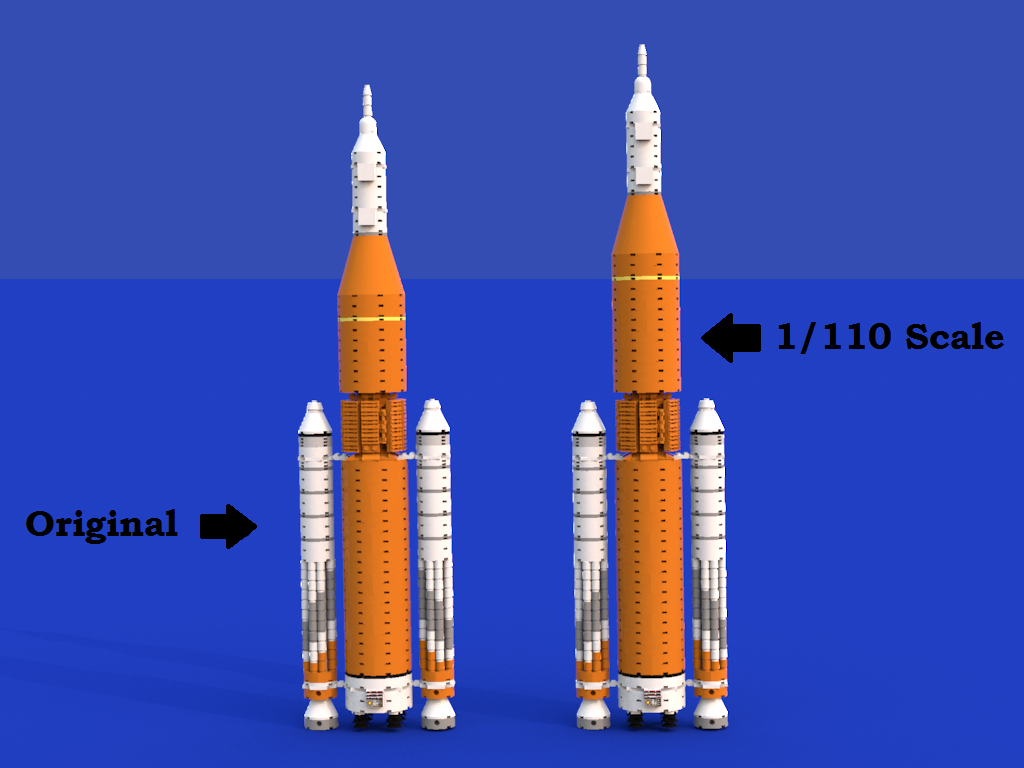