I Am Your Father 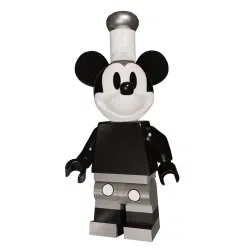 The Empire Strikes Back's Duel on Cloud City between Luke Skywalker and Darth Vader is one of the most iconic and significant scene in the Star Wars saga and in film history as well.

Also emotionally this is the most dramatic turning point or climax in the whole story. In that case this epic moment deservs a Lego set.

Lego already released the 10123 Cloud City set  in 2003 roughly with all the Bespin scenes.
Now we're focusing on the lower levels throughout the chamber, where Vader revealed the truth to Luke.

The project based on the original location that we see in the movie and also uses the behind the scene photos as reference for the sizes, shapes, colors as accurately as possible.

Completely playable, the 3 tubes that Vader cuts of with his lightsaber is also detachable.
Here you can see the whole model in turning around compared to the original scene: