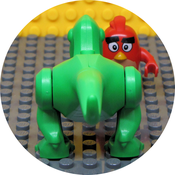 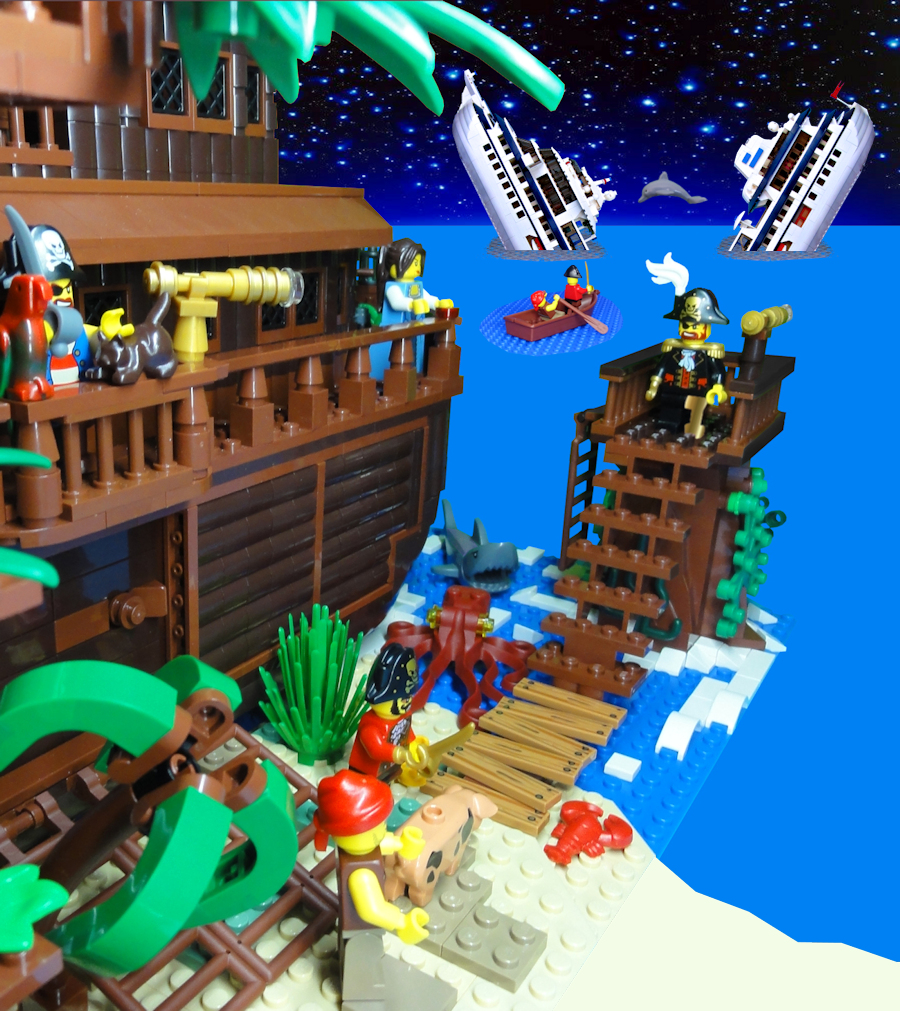 As one LEGO builder's dream lies wrecked off an unchartered Caribbean shore, another builder finds joy in their newly discovered treasure!

What will become of this magnificent ship?  Will the bricks once again complete the LEGO Friends sets, from which they were originally plundered?  Or does Captain Golden Peg have something more interesting in mind?

Destined for a Shore Conclusion? 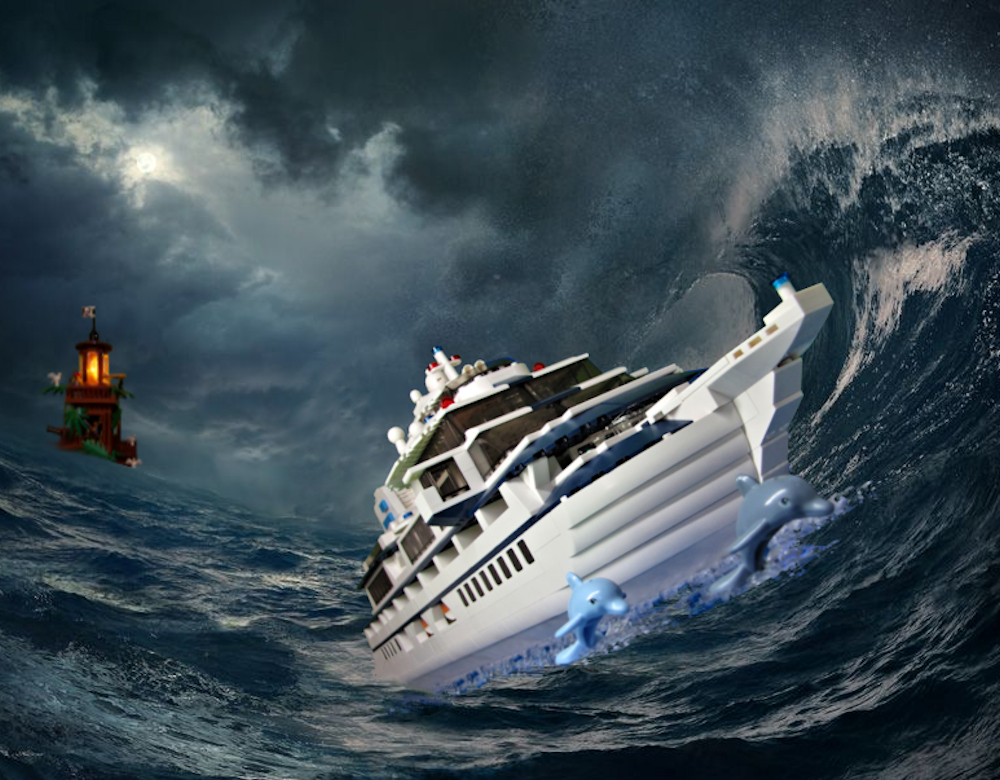 The False Lighthouse appeared to rise above the dangerous swell.  The LEGO World turned hard into the shoulder of the wave, as this destructive monolith commenced to close out!

The captain turned forlornly towards the public address system.

"Supporters, followers, and commentators of the LEGO Ocean Liner,  I thank you all for taking this incredible journey with us."

He paused to clear his salty throat.

"Our bricks may be broken, but together we will rebuild!"

He then stoically wiped some transparent bricks from his eyes.

"See you all on the beach folks!" 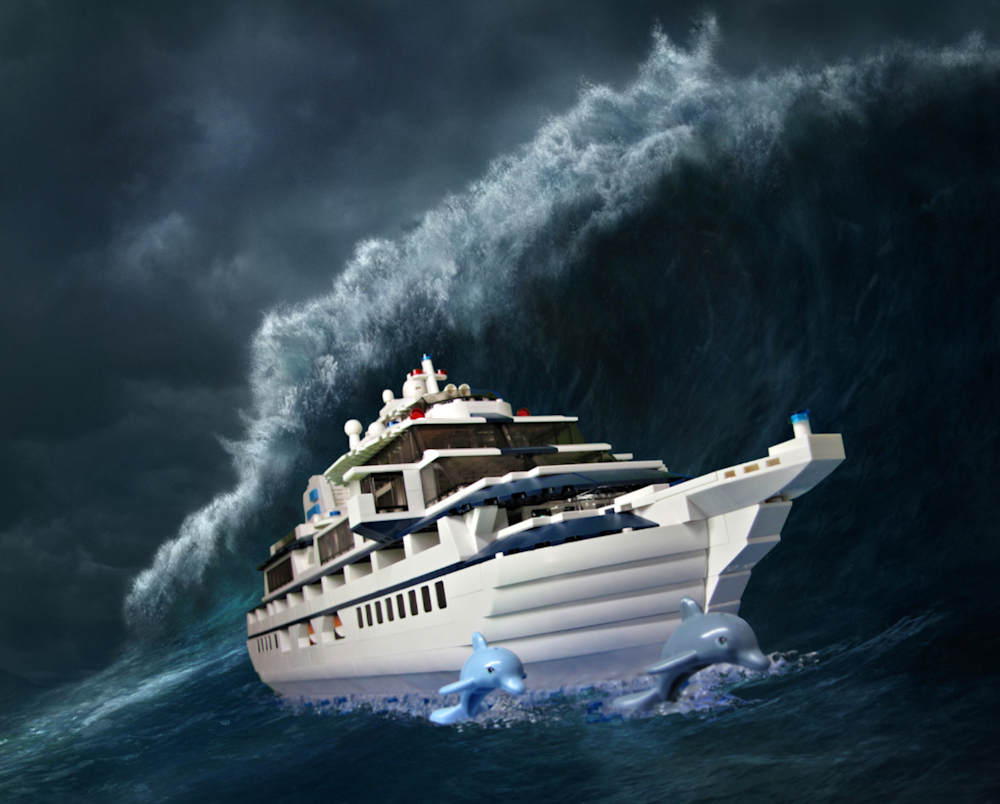 The LEGO World was now trapped in the treacherous waters of False Lighthouse Cove.  Just like the seafarers from centuries before, the captain now realised the dangerous course into which he had been lured!

"Full engines ahead", he ordered.  "We'll outrun the shore breakers, and escape to the open sea."

With only two bow riding dolphins remaining, angry pirate wreckers waiting on the shore, and a couple of days left on LEGO Ideas, the situation was truly desperate! 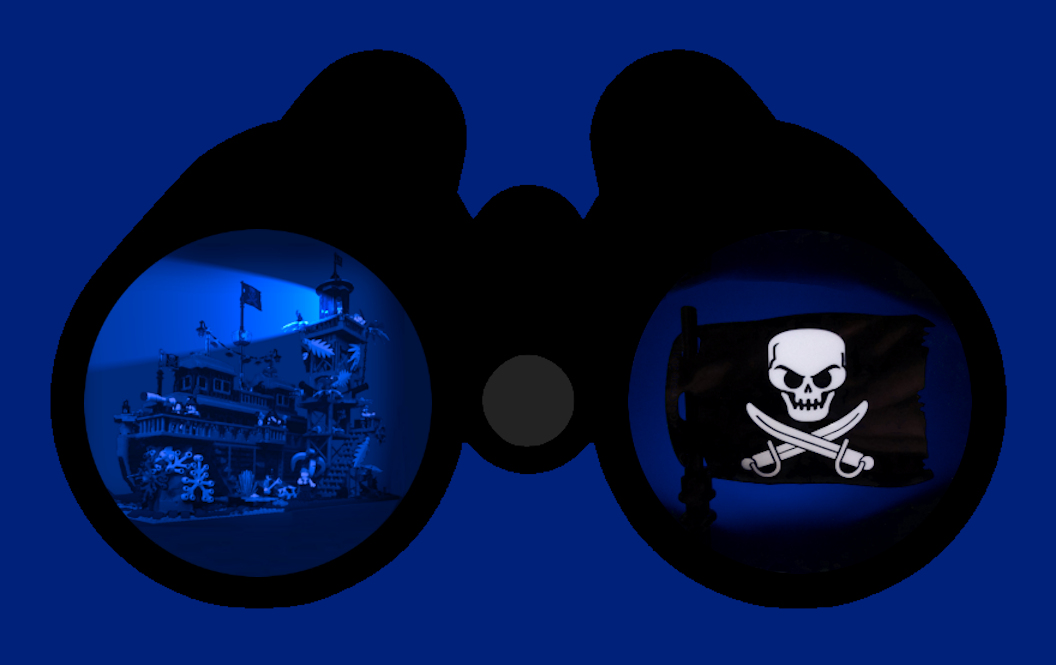 Peering through her field glasses, the Night Watch Officer detects a strange light radiating from a nearby unchartered island.  "Shall we investigate Captain?".

With the LEGO World's sea trial nearing an end, the Captain carefully contemplated his response.  "Chart a direct course towards the light.  It appears these waters may have one last mystery to surrender!"

Intrigued by the Jolly Roger stirring in the night wind, the world's most advanced cruise ship is drawn unknowingly towards False Lighthouse Cove!

Check out the fate awaiting the passengers and crew of the "LEGO World",  by kindly supporting the Pirate Wreckers of False Lighthouse Cove.

Please support the LEGO Ocean Liner as it charts one final course into maritime obscurity! 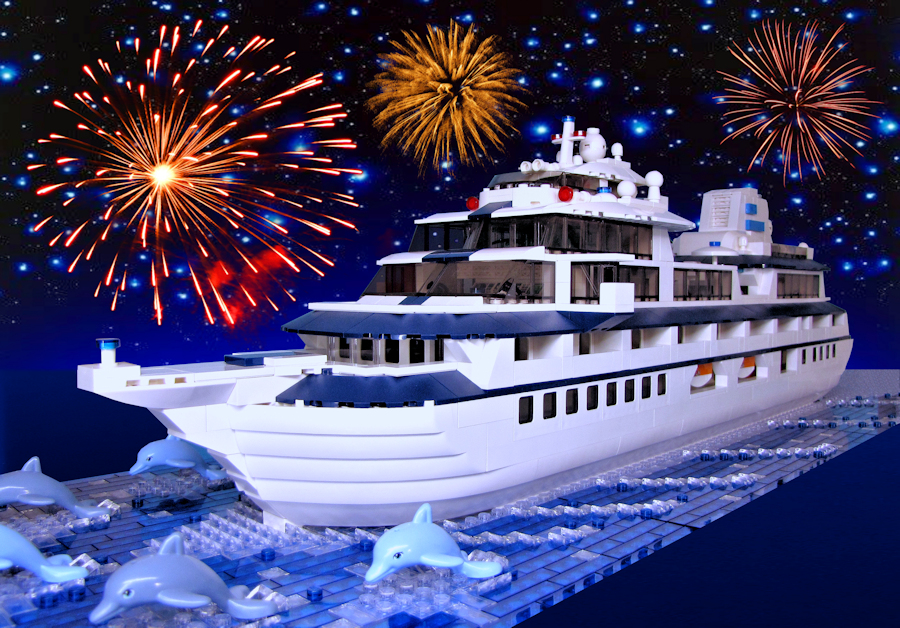 Having cleared the coastal fog, the captain shut down the ship's engines.  The Lego Ocean Liner drifted silently under the starry night sky.  Without warning the serenity was disrupted by a vibrant display of fireworks!  “I declare this vessel,” announced the captain. “To be henceforth known, as the LEGO World!” 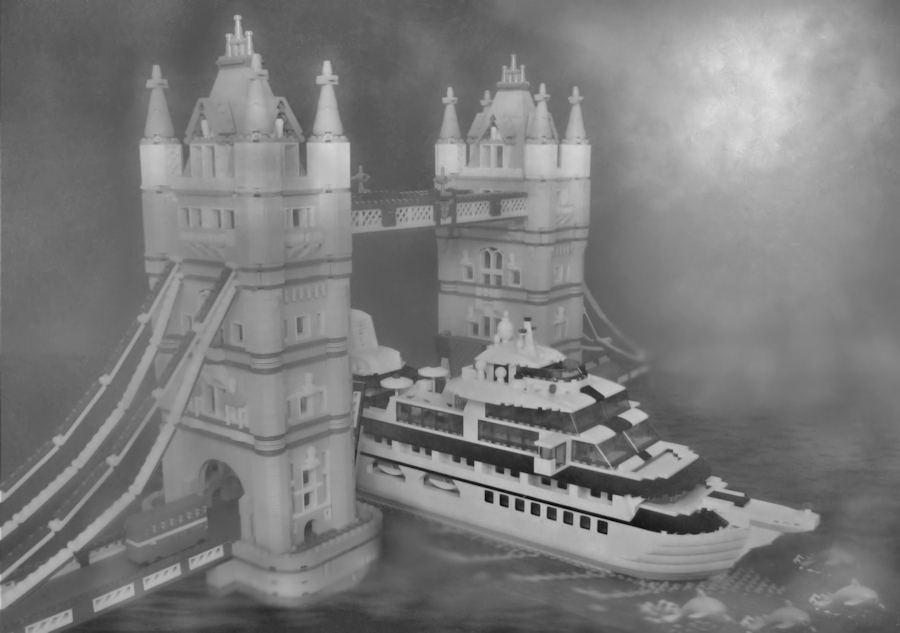 In an attempt to determine if any essential updates are required for the LEGO Ocean Liner, it slipped quietly out to sea last night.  We wish those on board,  all the best for the adventure beyond.