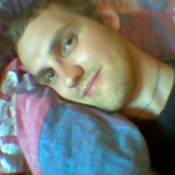 After the legendary Swiss crocodile, here's your chance to get a legendary steam locomotive: the German BR 50!
This locomotive belongs to the so-called "German standard locomotives" and was designed and built in the 1930s. With its top speed of 80 km/h, the BR 50 was originally designed to accelerate freight traffic, but in the long term it was used as a general-purpose locomotive.
The locomotive could also run on weak tracks as it had a total axle pressure of only 15t due to its six axles.
The locomotive had an output of approx. 1700 hp, was robust and simply constructed and very popular with the staff.
The model has an extremely high level of detail, with boiler rings, pipes, fittings and much more. It is actually intended as a display model, but can also run on LEGO tracks.
Dear LEGO fans, it's time to put a steam locomotive next to the crocodile!