Sorry about the delay, but the instructions for the Acclamator are finally here! You can download them at this link here. There is a "disclaimer" and a thank you in the front, and a bill of materials in the back. If you have any questions or concerns you can email me here: clyej3@gmail.com

Thank you again for all of the continued support!

This update is going to include some pictures of the minifigures that would/could be included in this set. They are two clone troopers, 1 clone gunner, and Admiral Yularen from the Clone Wars (there is already an old Admiral Yularen minifigure). 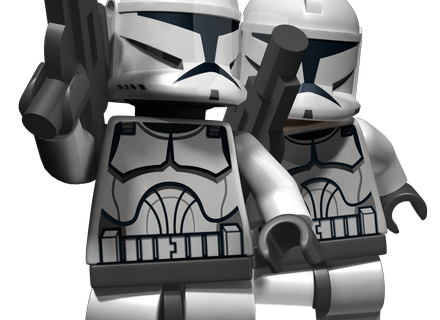 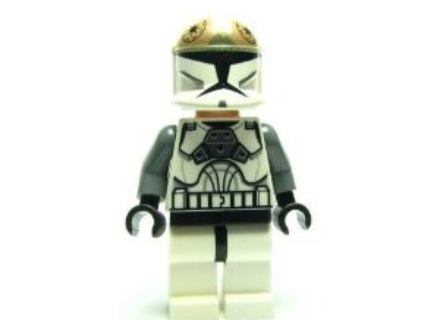 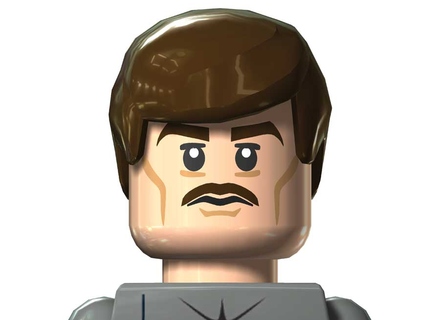 Thanks again for reading!

Acclamator With Republic Colors, and Turrets 2.0

I took some more of your great feedback into account and added two changes to the Acclamator: I added Republic colors to the ship to give it a more "exciting" and eye-catching look overall, and I added some bigger and posable turrets. The turrets can be swiveled side to side because they are mounted on 2x2 turn plates, and can positioned vertically because of the clip/handle pieces that were used to attach them indirectly to the turn plates. Please keep the feedback coming! And thank you for being patient with this update. 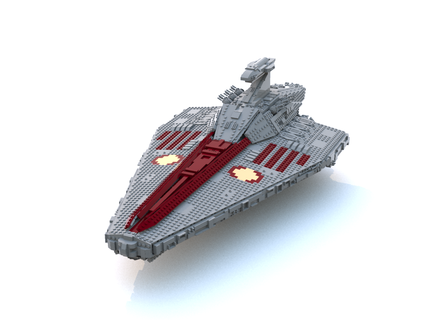 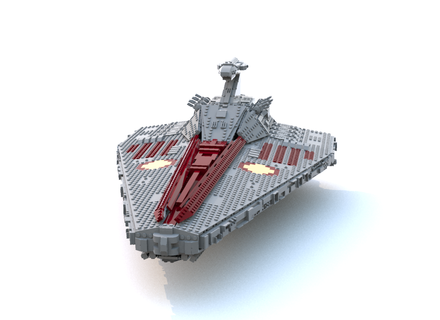 From the above two views you can see how much more prominent the turrets are than the previous ones. They may not be to scale, but I think they are certainly more fun this way and they add some extra playability. 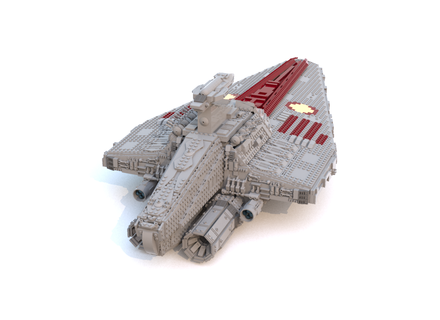 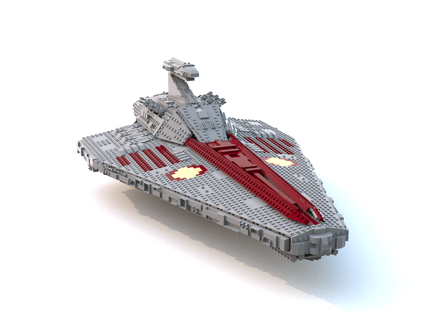 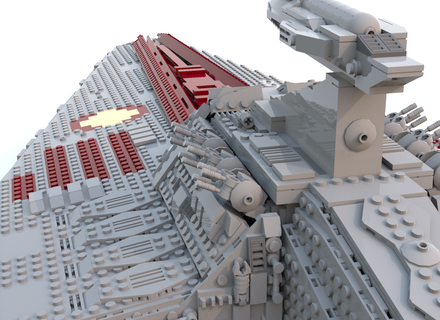 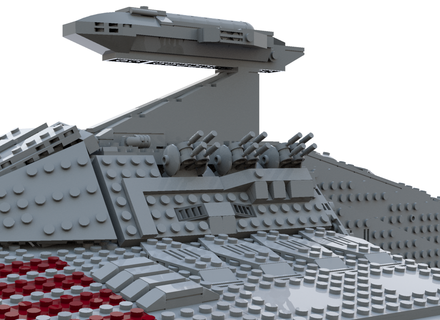 I'm proud of the turret design, as I feel it fits in coherently with the rest of the ship and its looks. It took me about 3 hours to actually find one that I liked and I got to use a piece I had never used before! 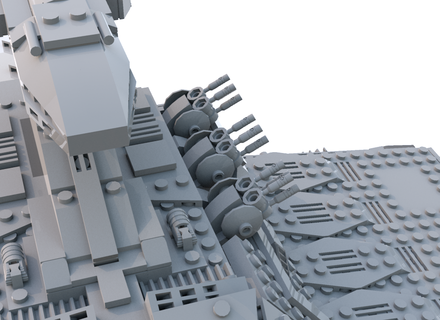 ​Hello everyone! Many of you have asked me to create a hangar in the bottom of the Acclamator as well as some mini ships, so I took in your feedback and decided to do just that! The right side flap in the bottom part of the Acclamator is hinged and can swing down, so that republic clone troopers, AT-TE's and other ground forces can deploy into battle. Opening up this flap also reveals a hangar! I have designed a miniature LAAT Gunship, which can fit inside of this hangar, as well as modeled Lego's Advent Calendar miniature AT-TE (I believe from 2013?) to make sure it can fit in the hangar as well! Both of these mini ships I believe would go great with the design and add extra playability with just a few more pieces. The hangar also features an observation deck to monitor ships taking off from and landing in the hangar (the transparent pieces). I hope you guys enjoy! Again I really appreciate your feedback, and I believe that it makes me better as a builder. I do not want the Acclamator to be just "my idea", I want it to be "our" idea! The Lego Group works in groups of people to make their sets, so that is why I want to work with you guys to make the best set possible! As the saying goes "two heads are better than one", so just imagine what we can accomplish with thousands of us working cooperatively! 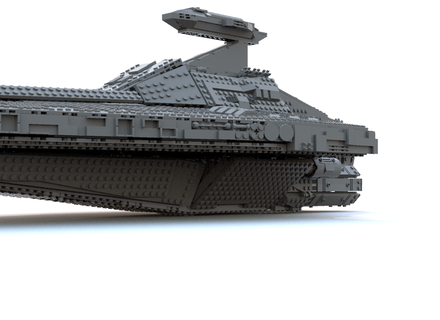 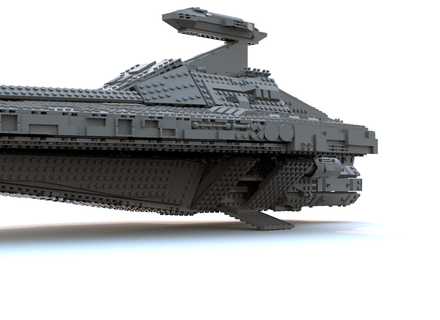 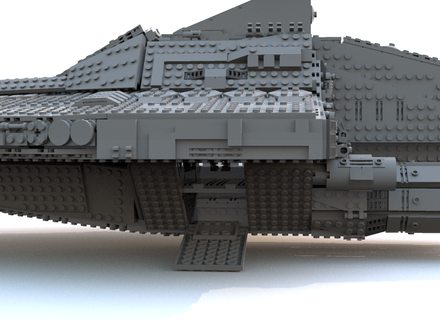 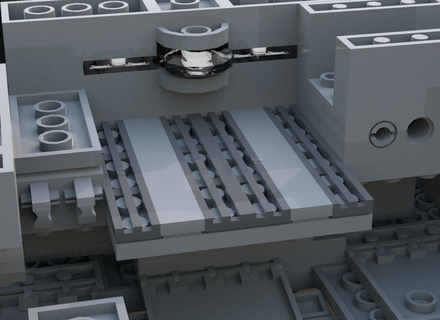 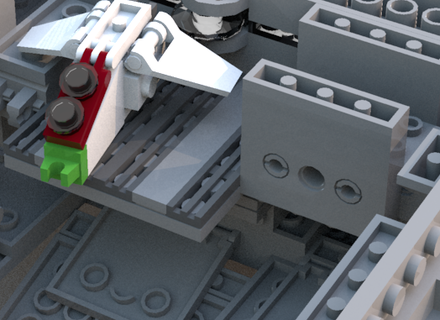 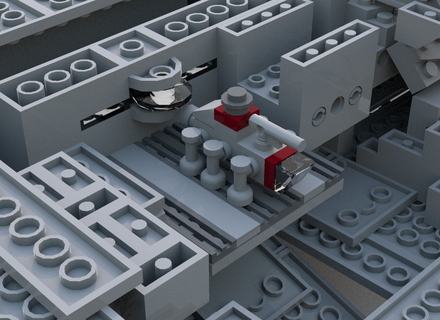 Hey everybody! A couple people had questions regarding turrets, and I just want to assure you that I did add them in in the initial design. I accidentally covered them up, and I have a before and after picture to prove it, and they are there and will be more visible in the design from now on. Thanks again for all of the support and feedback! I really do value your opinions and suggestions, so keep 'em coming! 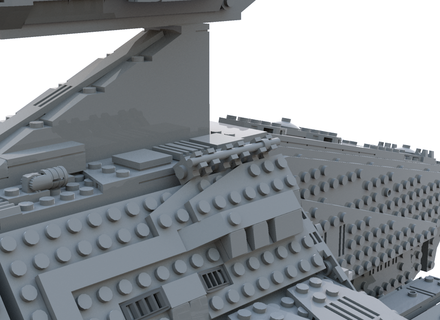 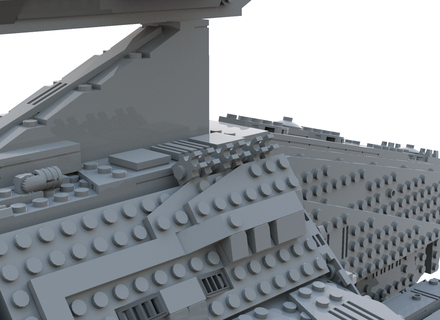 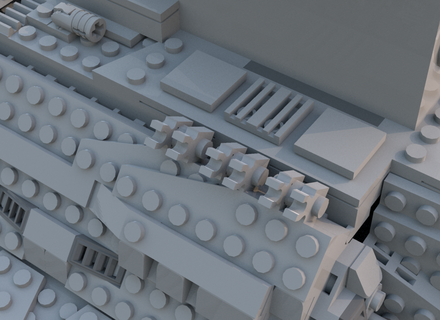 Close up of Turrets (above)