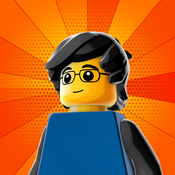 Maurits Cornelis Escher was a graphic artist who was inspired by the abstraction of mathematics to create his works, incorporating fascinating concepts in a unique way, such as tessellations, impossible objects, symmetries, reflections, non-Euclidean geometries, perspective games and others. One of the most popular works of M.C. Escher in the world, deals with a world in which the laws of physics do not apply and gravity acts on its inhabitants depending on their perspective, producing an incredible illusion.
Original artwork: https://moa.byu.edu/m-c-eschers-relativity/
my LEGO MOC: 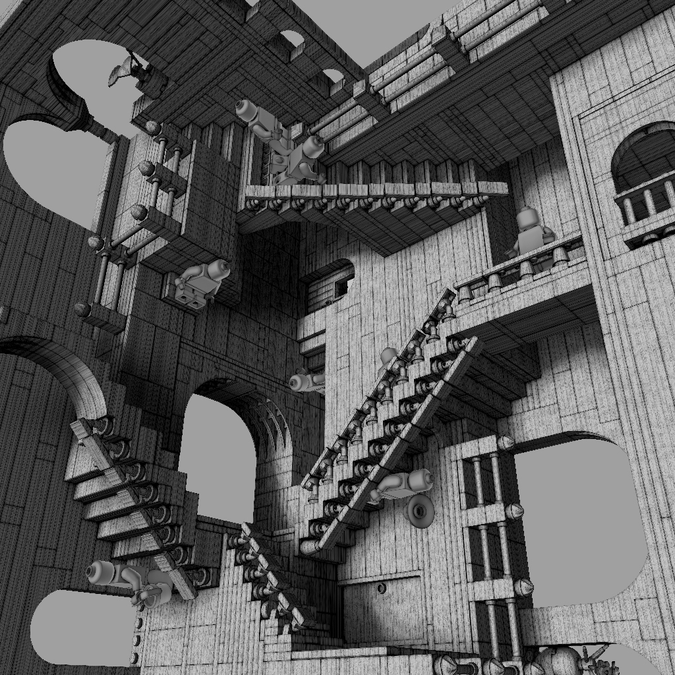 Art has allowed artists to express their ideas and feelings in many different ways, since I learned about his work I have admired Escher for the authenticity of his ideas, his dedication and the great background behind his works, it seems to me a Genuine way to use math tools to create uniquely styled art. I believe that LEGO bricks are also an art technique, they are an instrument to model reality, or even go further, with new concepts and crazy worlds, that is why I think this project is perfect as it transforms the 2D world that Escher created in a 3D version. 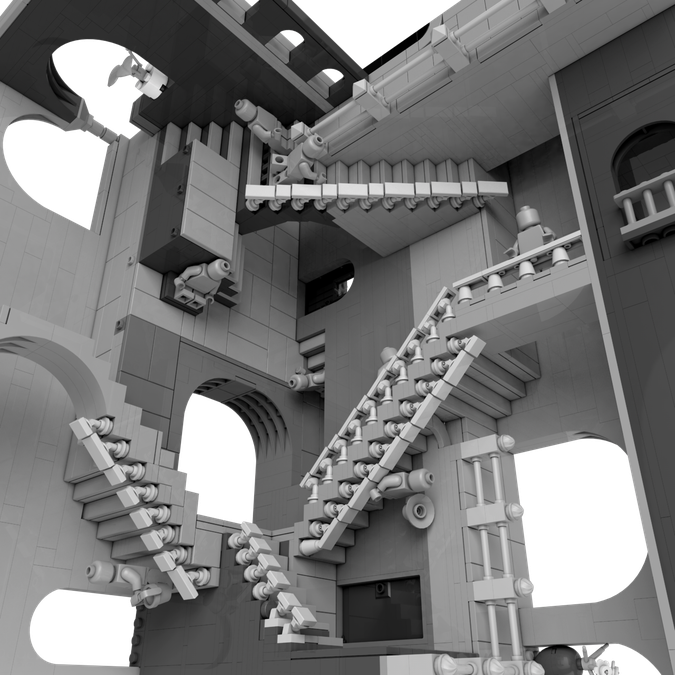 During its construction I tried to maintain the proportions throughout the entire structure, you can compare small and large details, such as the position of the doors, the stairs and the arches. It was hard work using a lot of different building techniques to get the brick orientation changed, but I think I achieved it. Unfortunately I did not recreate the scenes that are outside the structure, since it would greatly increase the size of the construction and, with it, the number of pieces, however I am working to include it, although it won't be part of the final project, I will share it as soon as it is done.

The point of view

Although the point of view rotating the structure by 90º is the most similar to the original work, I opted to recreate it in this way since it allows better stability in the model, without the risk that the upper part that has more pieces weighs too much and collapse. Also, most sets are usually displayed to look down, so I think this is the best angle. 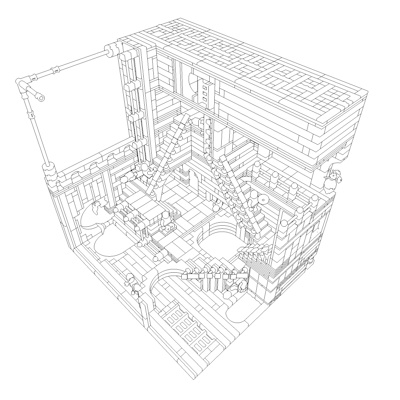 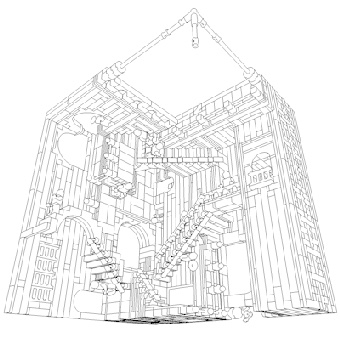 This first proposal is the one that convinced me, I use a grayscale, however, I am adapting some color schemes that might look good, so let me know in the comments what you think! (in this images I show you a color scheme that was usefull for building in mecabricks and some changes to enhance the details). 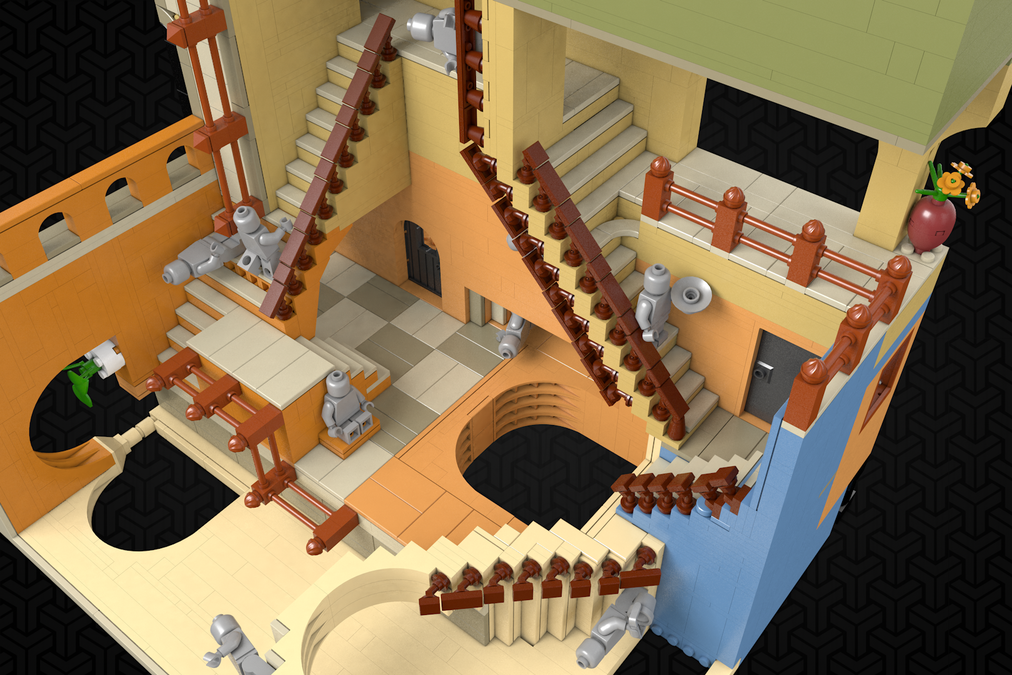 I added a little mosaic of the name M.C. Escher with a bar in the middle that refers to his works with impossible geometries, since these are literally impossible to build with Lego without resorting to perspective effects, I simply captured it in 2D. I added a few pieces that represent a Cartesian coordinate system, in which each axis represents the directions in which gravity can take effect. This detail improves the stability of the structure and aesthetics a bit, and I use the colors that represent these axes in digital design programs.

Of all the MOCs that I have done, this has been the biggest challenge and my favorite so far, and I really would like to have this set in my room, a little piece of the world in which the laws of physics do not apply, if in digital it was a challenge, I imagine physically it must be crazy!