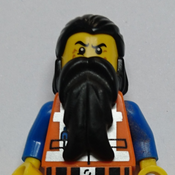 Been a little busy with some other projects and work, but I ended up completing the model a few weeks ago. Unfortunately due to space restrictions under the deck, I was unable to get the steering to work. Also the engine doesn't rotate with the prop shaft as intended due to the shaft being so long and the connection to the crankshaft being only a 1/2 bush in depth. Ultimately, the model is too big for play and is better suited as a display piece, but should the idea be approved, there would be some redesigning anyway.

Here are some side shots of the boat, note the gaps in the front. I tried my best to close these up and am still looking for better solutions for the shaping, but for now I am happy with this. 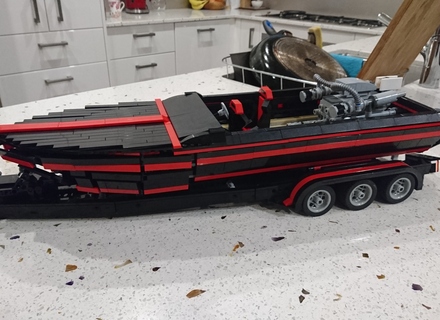 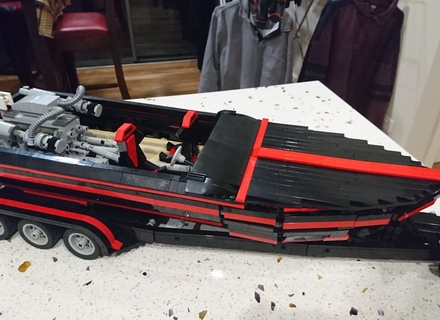 The engine turned out great! The flex hoses put a bit of pressure on the exhaust/turbo apparatus and the intake hat, so the motor can get a little out of shape. Really happy with the seats and running boards too. 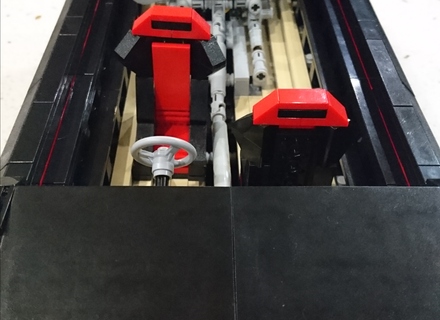 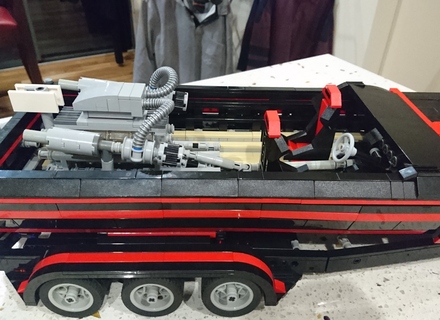 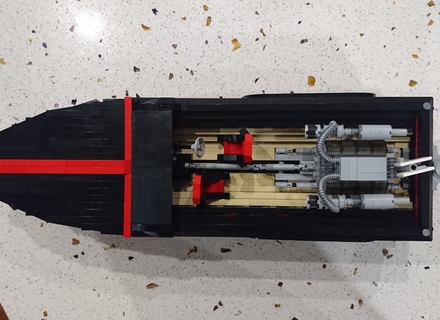 The trailer is still my favourite part of the build and the boat sits relatively well on it. 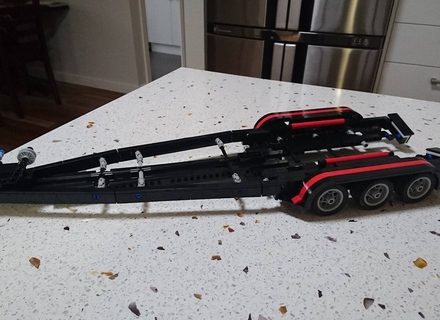 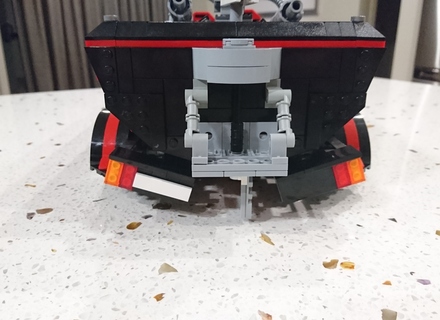 Judging by some of the comments, some people might not realise how big the build actually is, so I have a shot here with minifig for scale: 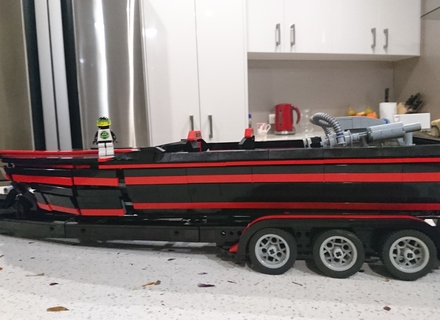 I just checked in today after being pretty busy with work and some other designs and builds I am working on and saw that this project was a Staff Pick! Much appreciated and happy to see all the new supporters this brought in. Check out some of my other renders and builds on my Flickr page https://www.flickr.com/photos/141887484@N05/

Both the big and small Adelaide Ovals will be completed in the next few days and the micro scale concrete plant has been built, I will be uploading pics of all three once they are all done. I may put together some Ideas projects for some of my microscale stuff.

Cheers to all and thankyou for your support. Remember to share the project around and help me get more supporters. It doesn't seem likely that this will get anywhere near 10,000, but every like counts, right?

Building and bumps along the road

So I returned home to a pile of BrickLink packages last night https://flic.kr/p/JQraA5 and spent a few hours checking lists and whatnot. There were a couple  of orders missing, so I emailed the sellers and crashed out. Being impatient, I wenst straight to the loal brick dispensary this morning to fill out the gaps left by the missing orders.

The trailer came together well https://flic.kr/p/JsC4zb, I just need to work on stabilising the hitch end and the jockey wheel, nothing major. Overall, very happy with now this part turned out.

The boat, however, needs a bit of re-engineering as expected. The bow is formed mainly with Technic universal joints, which have a bit more give in them than I allowed for. The deck was also a little heavy for the internals and the whole thing kept breaking in half as I was building. YOu can see here https://flic.kr/p/JsC4iu that the bow has collapsed, but I should be able to work in some stabilisation (there's still a fair bit of room and plenty of time).

The engine also needs some work. LDD let me put parts where they shouldn't be and didn't flag it on reload, so my bracing for the engine block ended up being pointless. The pipes for the turbos look great, but the connections to the intake hat aren't strong enough and they are pulling the hat off and apart, again, nothing I should have trouble re-designing. Here's a shot of the engine with the pipes, a little bit exploded without the bracing https://flic.kr/p/JQraZS

Overall I'm pretty happy with how the build has gone, I always expected to have to do some redesigning. I'm back off to work in a few days and will work on it while I am away for three weeks, order any necessary parts, and rework when I get home again.

One point to note is that working with used parts can be tough, especially when you have a lot of single stud connections. Older parts just don't have the clutch power, I am finding this with a lot of 1x1 studs and technic bricks and also some 1x2 Techinc bricks with axle holes just don't want to grip.

Thanks for reading, I will update when I have made some progress on the reworks in LDD and again when I get home to incorporate them in the build.

Cheers and thanks again for your support!

Here are a couple of links to the types of boats that inspired the design to give you an idea of what I was chasing.

Blown Budget was my main inspiration, especially with the tri-axle trailer.