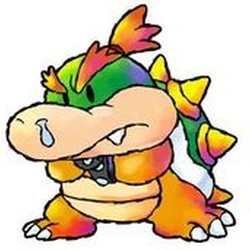 The Mercedes-Benz 190E 2.5-16 Evolution II is remembered as one of the brand's most iconic performance sedans. Introduced in 1990 as a homologation model for the German touring car championship DTM, the EVO II was limited to a production run of 502 cars and is easily recognizable by its distinctive rear wing. In the same year, the touring car version made its acclaimed debut in the DTM and Klaus Ludwig went on to win the series with the #3 car in 1992.

After going through many design iterations during the past months, I'm very excited to now present to you my Lego rendition of this beloved car. My aim was to achieve clean lines and authentic proportions on a mini-figure scale. I tried to create as many brick-built details as possible, especially the head and tail lights, while keeping the reliance on stickers or prints for overall shaping to a minimum. As far as I’m aware, there are only legal building techniques.

This year marks the 30th anniversary of the EVO II, and my model commemorates the legendary car just in time. Please support the project, share it with your friends, and keep following the updates. I will post more images and also make an LDD file available. Thank you, and let me know what you think in the comments!