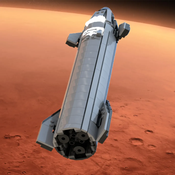 The world's largest twin-engine jet
Introduced in 1994, the Boeing 777 has since completely revolutionized air travel. At the time, laws governing what aircraft could fly across oceans had recently been amended to allow twin-engine aircraft (with new, reliable engines) to fly intercontinental routes. Taking full advantage of these regulations, the original 777 combined the efficiency and low operating costs of a smaller airliner with a capacity rivaling the mammoth four-engine planes in service at the time.
Since then, the trend towards two-engine aircraft for long distance flying has continued, seeing four-engine aircraft largely being retired. To capitalize on this shift, in 2018 Boeing announced an all-new, upgraded version of the 777: the Boeing 777X.
The new aircraft has been designed to retain the desirable efficiency of its predecessors, while taking advantage of more modern technologies. It is larger, carrying more passengers than ever before, but between a lighter airframe and more fuel-efficient engines, it actually costs less to operate than smaller 777 variants. As such, many airlines across the globe are now eagerly awaiting the first deliveries.
This gargantuan plane holds many world records:
The Lego Model
Lego hasn't released a big, detailed airplane set since 2006. In the 16 years since, the amount of Lego parts available has increased substantially - so wouldn't it make sense for an airliner set to improve as well? I've made an effort to do justice to this incredible aircraft with a 32-inch-long model. Built to a scale of 1:95, it has been carefully sculpted to mirror the shape of the original. It also features functional details:
The model includes roughly 2500 pieces.
Where you come in
If you like this model, please support it! Every vote counts in the climb to 10,000.
In addition, you may note that the plane's current colors are fairly bland. This is because I wasn't quite sure what livery would best represent the aircraft - so I'm leaving it up to you! Feel free to make suggestions for the plane's paint job in the comment section!
Furthermore, if you see any other ways I could improve the model, speak up! If big aircraft only become sets every decade or so, we want it done right!
So let's make it happen! Support if you want Lego to make a big airplane set!