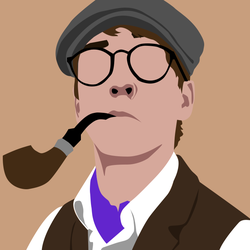 The LSWR M7 class is a class of 0-4-4 passenger tank locomotive built between 1897 and 1911. The class was designed by Dugald Drummond for use on the intensive London network of the London and South Western Railway (LSWR), and performed well in such tasks. Because of their utility, 105 were built and the class went through several modifications over five production batches. For this reason there were detail variations such as frame length. Many of the class were fitted with push-pull operation gear that enabled efficient use on branch line duties without the need to change to the other end of its train at the end of a journey.