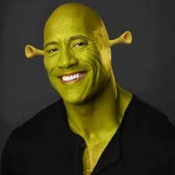 By NuMaj
35 comments
The Parthenon in Athens, Greece was a temple dedicated to the goddess Athena, who the city was named after. The Parthenon still stands today, albeit in ruins. The temple is a classic example of ancient Greek architecture, with pillars and beautiful scenes. This model is a recreation of the Parthenon, as it would have been in its glory days. The model has a removable roof, exposing the interior. The interior of the temple is dominated by a giant statue of Athena, known as the Athena Parthenos. In the model, I have recreated this, as seen in the last photo. In the third photo, is a recreation, in microscale, of the beautiful sculpture seen in the front and back. If you would support this, it would mean a great deal. I hope you like it.