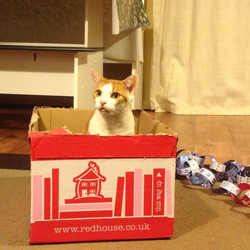 There's lots of us who love Trains.

If you have kids you get to go on Trains like this a lot - they are in Zoo's and Theme parks all over the world. And Kids love them. I wanted the model to capture the Energy of these Trains - this is a train that just goes round in a circle - and takes her passengers for a short ride.

Included in the set would be everything you see here - 1 Tank Engine, 1 Passenger Coach, 1 Loop of Narrow Gauge Track, 5 Minifigs, 1 Scooter and 2 small scenery items.

Some of the features of the Train -

There is a light brick in the train that lights up in place of the Furnace.

The rods actually move as the Train pushes along

The doors open on the train carriage

My son is asking me to build some cargo to add on....

This set would be a great entry point for kids to become new train fans - When my son was growing up he was a huge Thomas fan - Thomas gave way to Lego, partly because of my 7740, sitting playing on the floor with him - then we bought him his first train set. I'd love for this train to be kids first train set.

If you like this project I encourage you to look at

Which is a brilliant train built at the same gauge.