The Lord of the Rings Eye of Sauron Set. 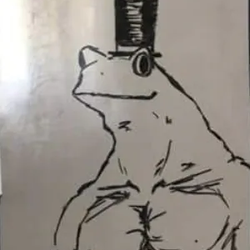 Manifoldflame83
10
This LEGO build is the Eye of Sauron from a famous book series and movie series known as The Lord of the Rings. It’s not the full tower unfortunately but I based it off of a scene in the movie where it catches the two Hobbits and didn’t do anything about it. I also added in some Orcs for the scene where The Hobbits go undercover as them.
I got the idea to make it because I recently watched all three Lord of the Rings movies. I loved it so much and I wanted a Lego set of the Eye of Sauron but sadly there wasn’t one made so I made one. I think it would make an excellent Lego set because people all around the world want an Eye of Sauron set and I think It would be brilliant as a set and I hope you think the same. Thank you
10