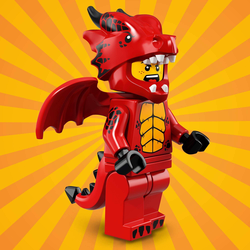 This is my first Lego Ideas project, comprised of models that I have wanted to make myself for a long time. I was inspired by several Lego sets, Lego games and MOCs by other people. I wanted to make them as faithful as possible to real dinosaur fossil displays that you see in museums as well as being to a minifigure scale so they could exist in a Lego City museum setting. I have had a lot of admiration for the sets from friends because they make great ornaments for dinosaur lovers and that has encouraged me to share them here. They were created with LDD and stud.io

This project would allow you to make 1 of 6 different minifigure-scale dinosaur fossils from the 1 set, much like a Creator 3 in 1 set. This would also keep the cost down as all of the dinosaurs in the one set would be costly, but including enough pieces to make at least 1 at a time would allow for people to afford their favourite model without having to outlay a lot of money. Of course, the set also allows for creativity and the creation of even more dinosaurs than those included here.

The dinosaurs are all built around a similar construction method: a central solid spine that holds the skeleton to the base and allows the attachment of ribs, legs, hips and then joint pieces that can hold the tail and skull. So a lot of the pieces that make up each dinosaur fossil are the same, meaning you could make each of them with a lot of the parts from the others.

The nature of each one's construction allows them to be posed: leg, arm, wing, neck, and tail joints can all be positioned to give the dinosaurs different poses that aren't symmetrical and more like a real museum exhibit. They can look like they are frozen mid-step, like they were captured eating or in a fight - whatever you like!

The 6 Dinosaurs possible in the set

Tyrannosaurus Rex - The large bipedal carnivore with ferocious teeth, and teeny tiny arms. A dinosaur fan favourite. In this Lego Model I wanted to capture the look of a running T-rex showing it's length and amazing teeth. 245 parts.

Pteranodon - The most recognisable of the Pterodactyl family, Pteranodon was a carnivorous flying reptile large enough to swoop down and pick up an animal to take home to its roost. The Lego model of this creature is frozen in a soaring pose, showing off how thin, and light they were. 34 parts.

Ankylosaurus - A four legged herbivorous dinosaur with a plated, spiky back and a formidable clubbed boney tail used to crush the ribs of any attackers. I wanted to display the spikes and plated back in the Lego model and make sure that his club tail looked nice and heavy. 181 parts.

Parasaurolophus - A usually four legged herbivore that could rear up on it's hind legs to feed and had a distinctive hollow horn on it's head probably used to 'honk' to it's own kind. I really like the look of the parasaur rearing up to eat and want to make sure the Lego model really captured that balancing pose. 140 parts.

Stegosaurus - One of the most distinctive dinosaurs with large boney plates on it's spine and spiky tail. They existed so long ago that the Stegosaurus and the T-Rex lived further apart in time than T-Rex and Humans. The stego's plates and the curved nature of the spine made this a tricky model to create in Lego but I used a few methods to attach what are essentially just a bunch of shields to the back and some strategic 'tooth' pieces to begin and end it with. 200 parts.

Triceratops - My favourite Dinosaur. Triceratops had a distinctive boney plate around it's neck and three prominent forward-facing horns on the top of it's head: two large symetrical ones above it's eyes and a smaller one closer to the end of it's snout. This was the first Lego model I created for this set and I am quite pleased with the result. It took me a while to get a skull I was really happy with because there were several features I just had to have in there and balancing them out was difficult. I was inspired by other Lego models of dinosaurs for some of the design but ultimately the finished product is a whole lot of time spent trying to get different things to work together. 172 parts