You heard right.  Even though LEGO Digital Designer was supposedly over and done with, it was recently updated with over 300 new pieces, and the hoverboard piece is one of them.  Check it out:

The decal isn't on it though...

300+ Supporters and Rendering of the Front

Thanks for all the Support!  Here's the rendering of the front: 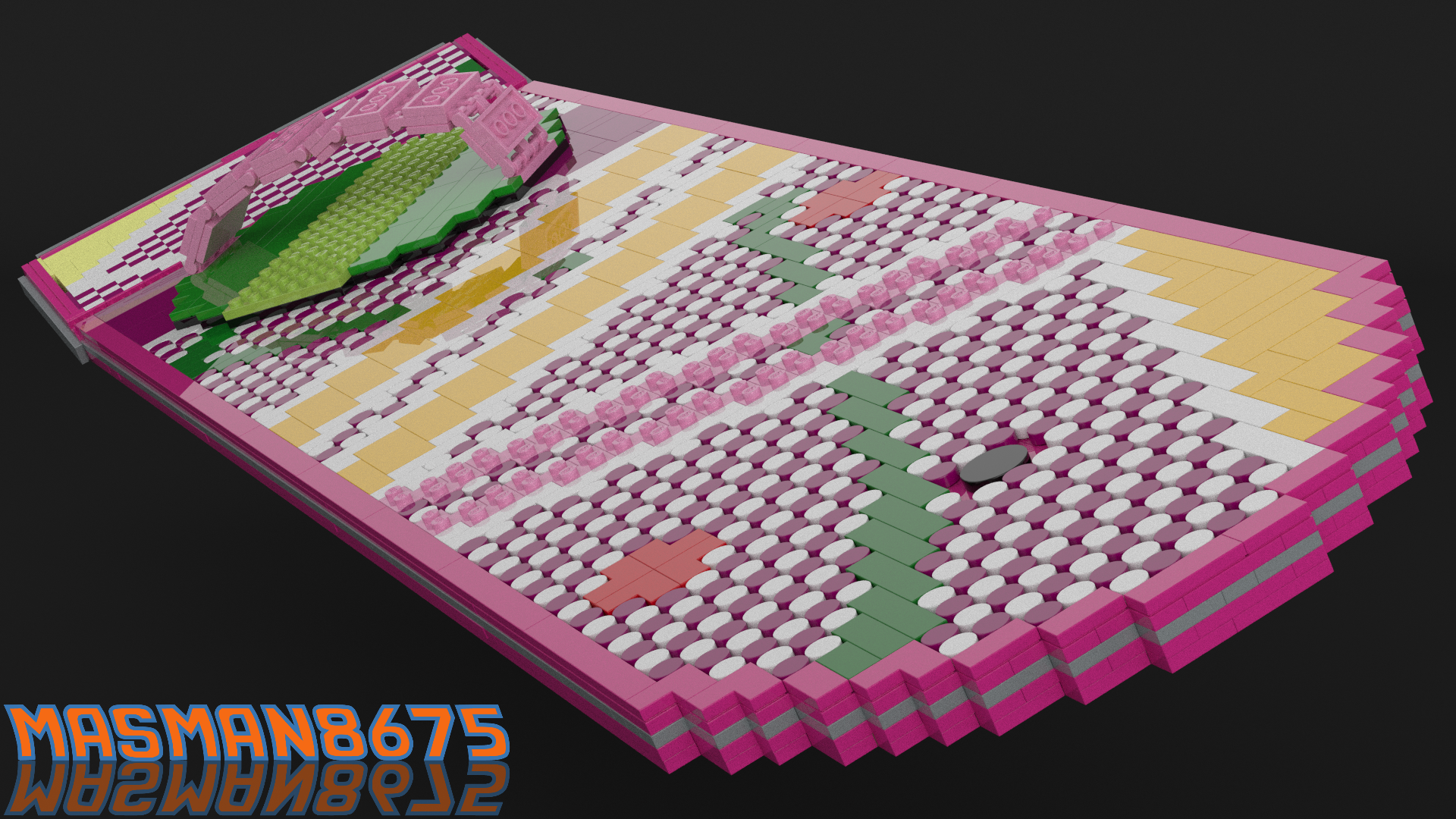 Please keep the Support coming, and if there's a specific angle you'd like to see just let me know in the Comments Section.

New (And Much Better) Renderings

I've been playing around with Mecabricks lately, and now that there's an import function for the Workshop I was able to render the model with Blender.  I'm planning on doing a render of the front, so be sure to keep an eye out for it.  Here's the pictures: 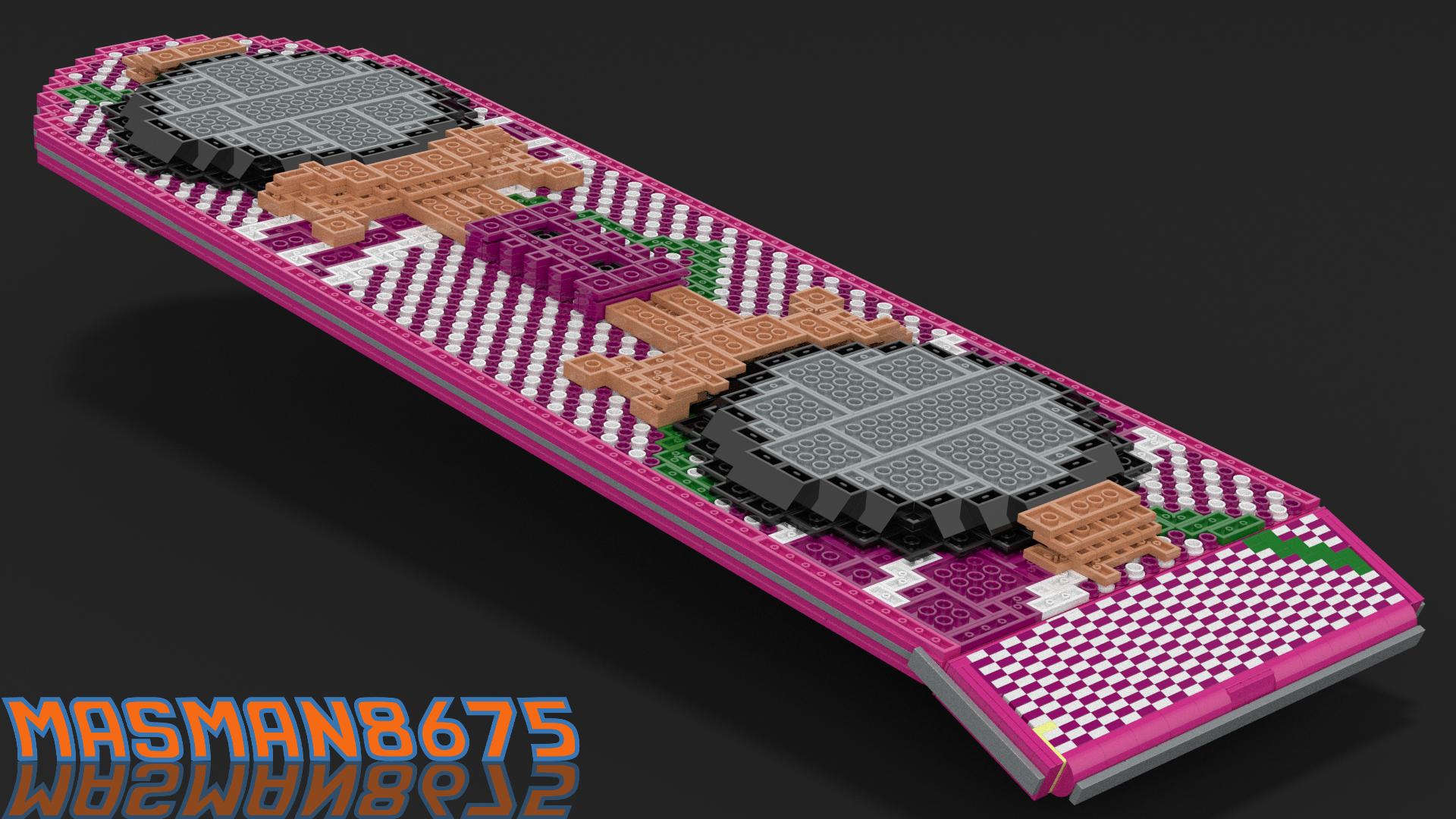 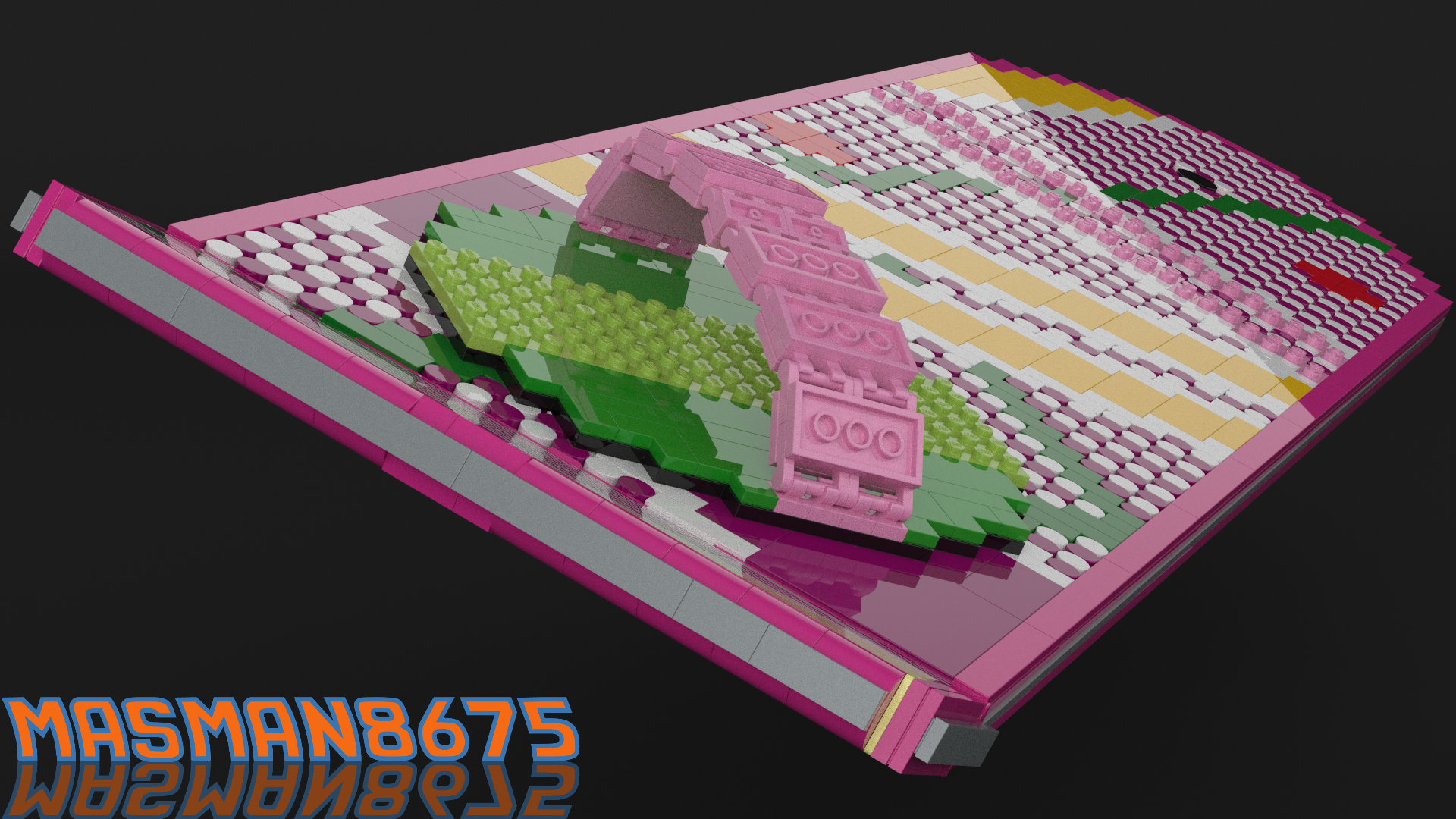 If you're a fan of the Back to the Future movies, or if you just like this model and want to see it as a set, please click the Support button.  It is greatly appreciated.

We are now over 200 supporters!  Thanks everybody!  Please keep the support coming!

Another Render of the New Design

Here's another render of the hoverboard.  And remember, if you haven't supported yet, (Which you probably haven't, being as it's not at 10,000. :P)  Please do so.  Thanks. 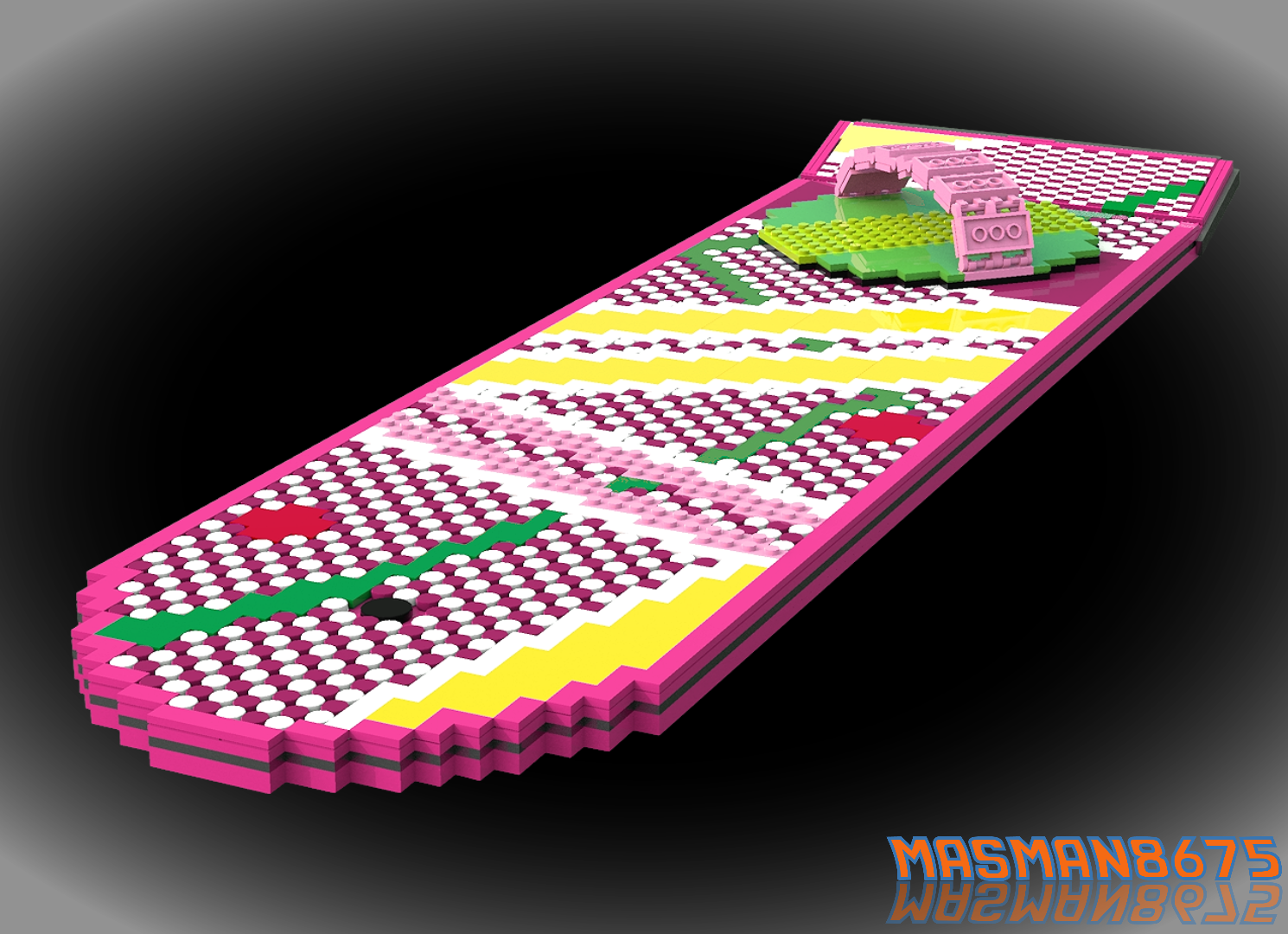 And just for kicks, here's a wireframe render: 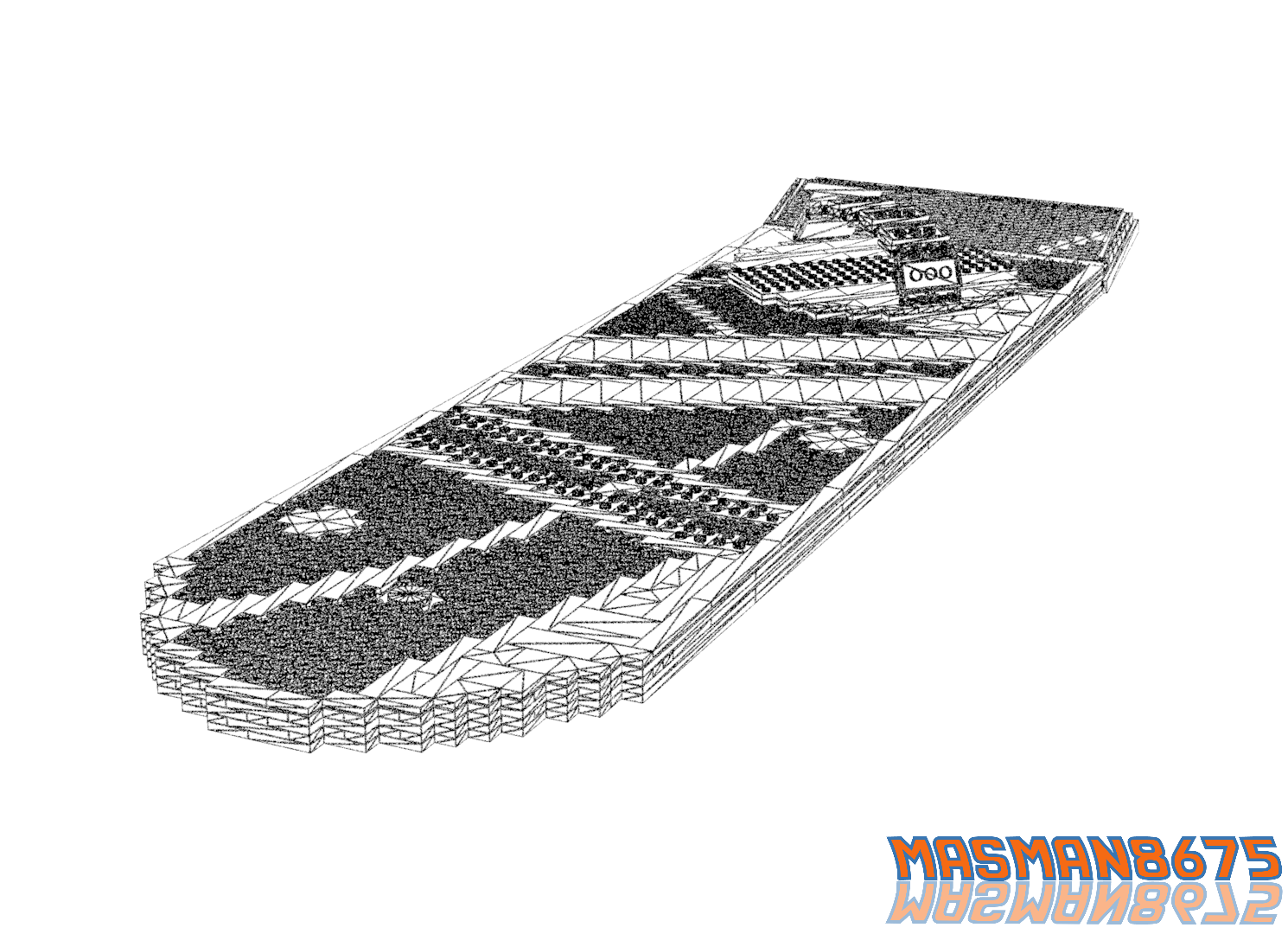 Thanks for all the support everyone!  YOU are helping this get to 10,000, and possibly become a set!

Now to the piece count.  I probably should have mentioned it on the other update, but I was wanting to update as soon as possible.  It turns out that I actually decreased the amount of pieces by making the model bigger!  The big number (or should I say small) is 3,664.  The original amount was 3,680.  It's only 16 pieces less, but it decreased it anyways...

Please keep the support coming everyone!  Thanks!

Here's an updated design of the hoverboard.  I made the foot-holder bigger, and moved the "hole" closer to the front to make it more accurate.  Please keep that support coming, because we'll get in the Popular This Week section with 20 more supporters.  Thanks!

Here's a comparison between the original and updated design.  (The one on the top is the new one.)

Below is the comparison of the prop and updated version: 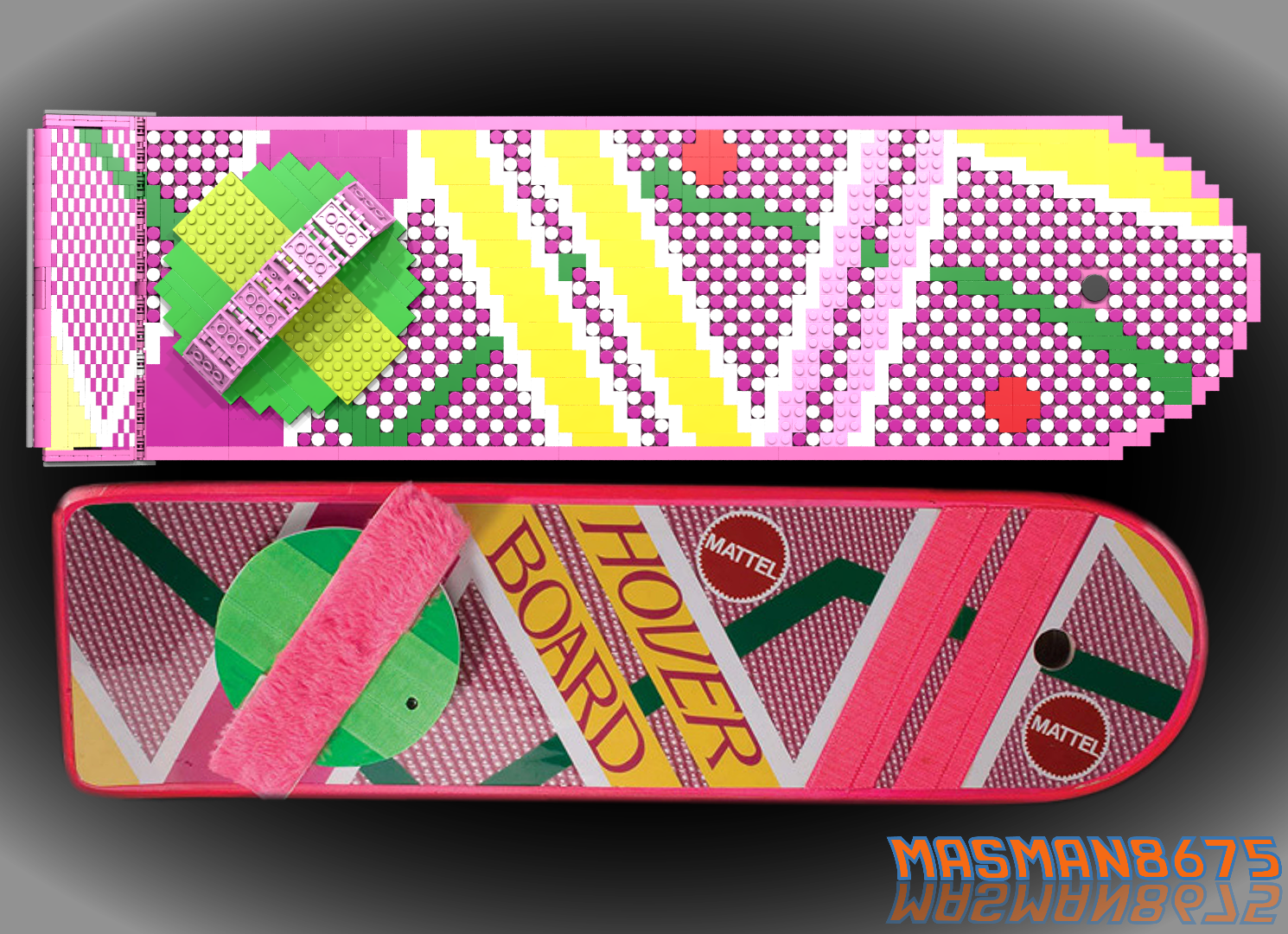 We've hit 100 in less than four days!  Keep the support coming if you'd like to see this as a real set!  Thanks everyone!

First of all, THANK YOU for getting this so far in only 2 days!  Keep the support coming!

Here's some pictures of the model compared to the prop.  (Please keep in mind that the lighting and angles are kinda off.) 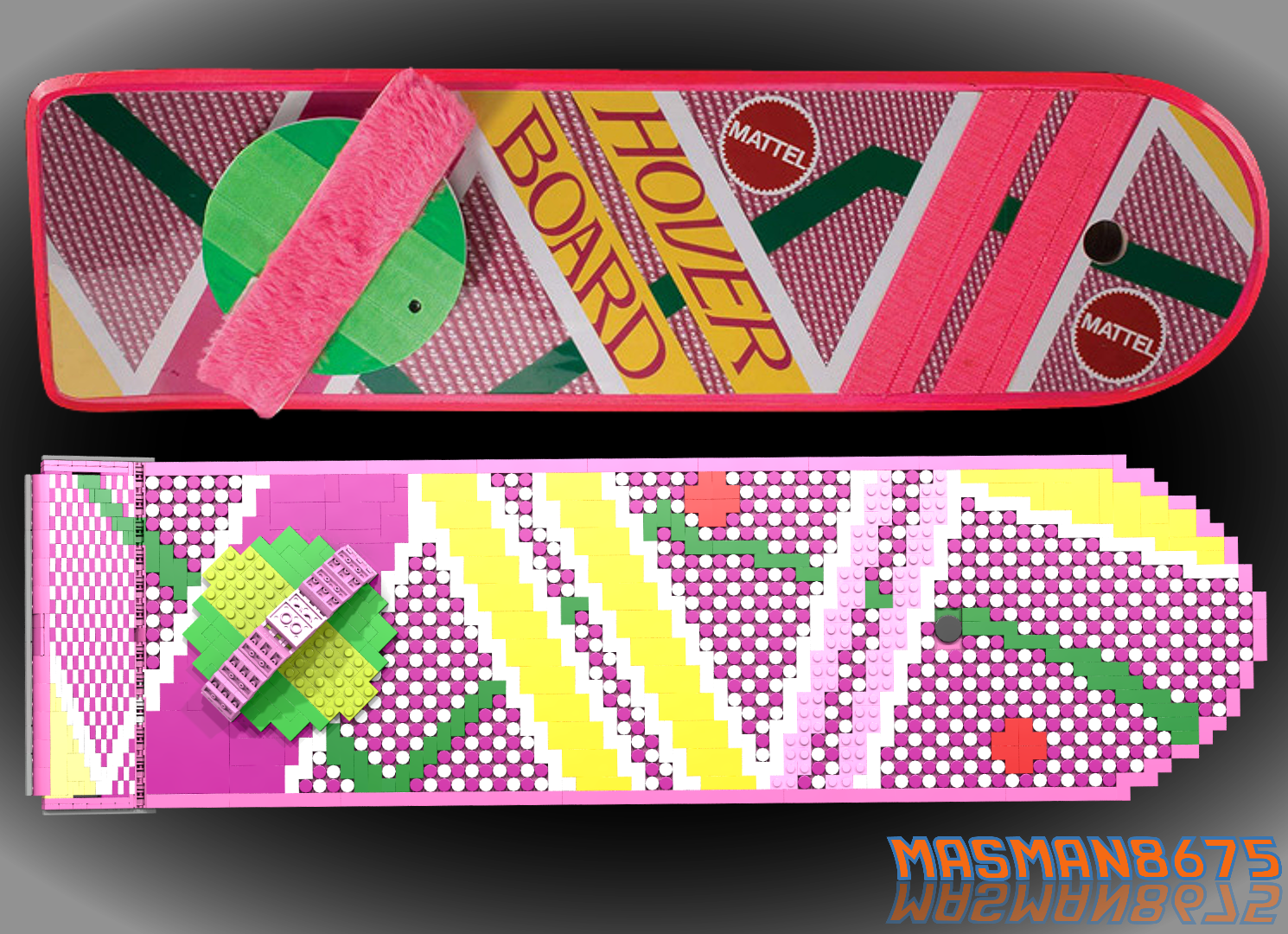 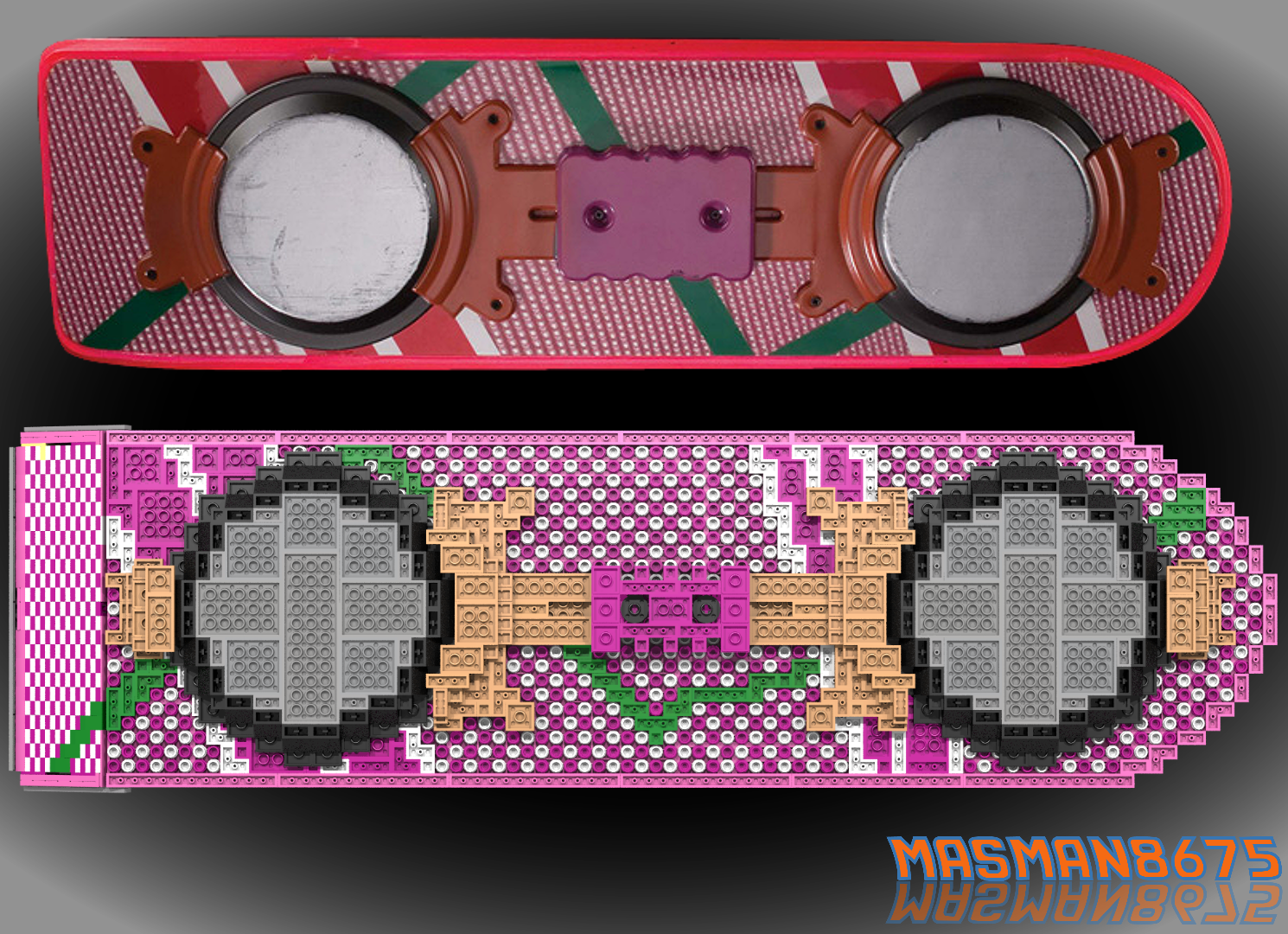 Thanks for all the support everyone!  If we keep going at this rate, we'll reach the "Popular This Week" section.  Here's some more pictures of it: 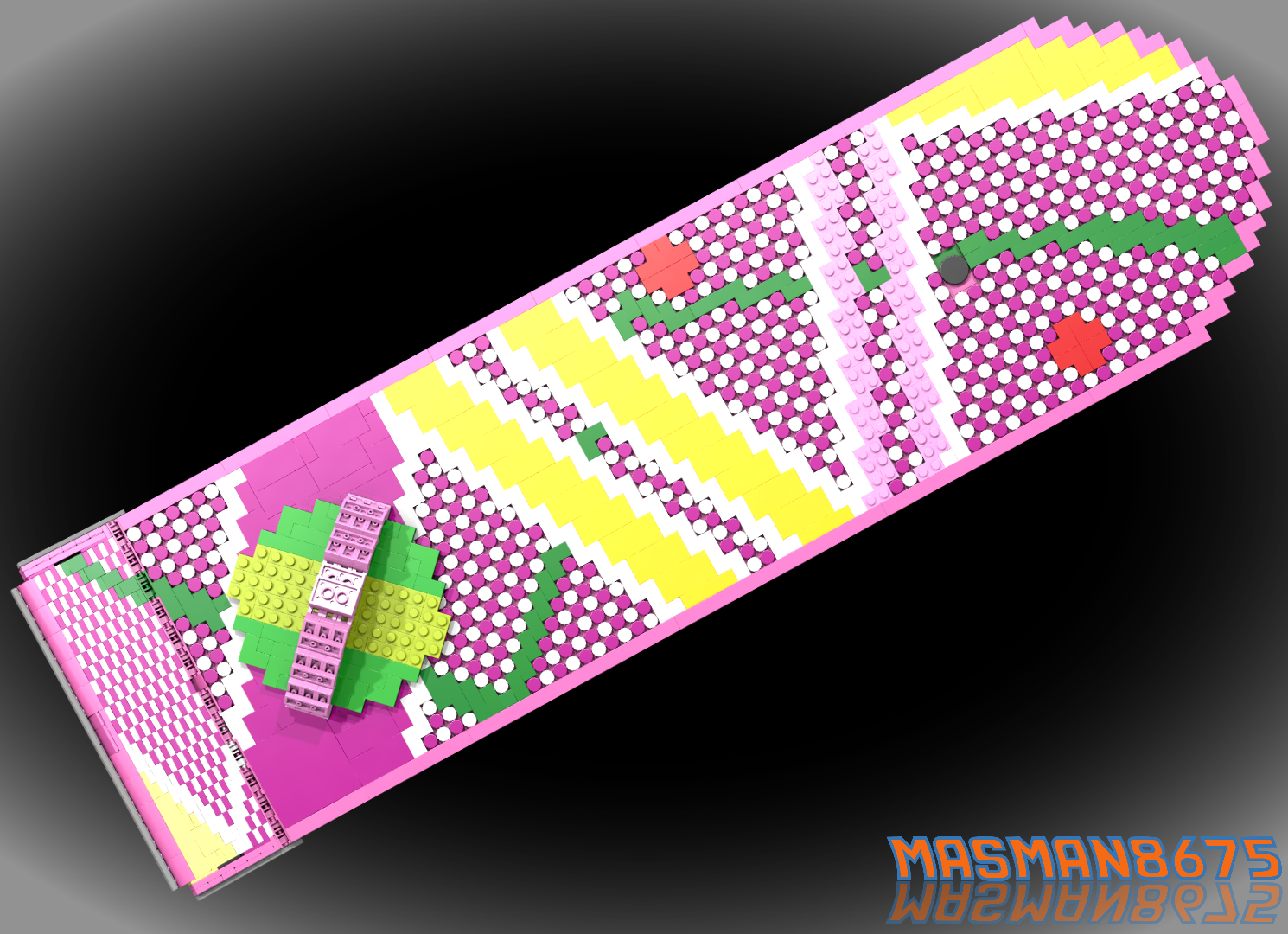 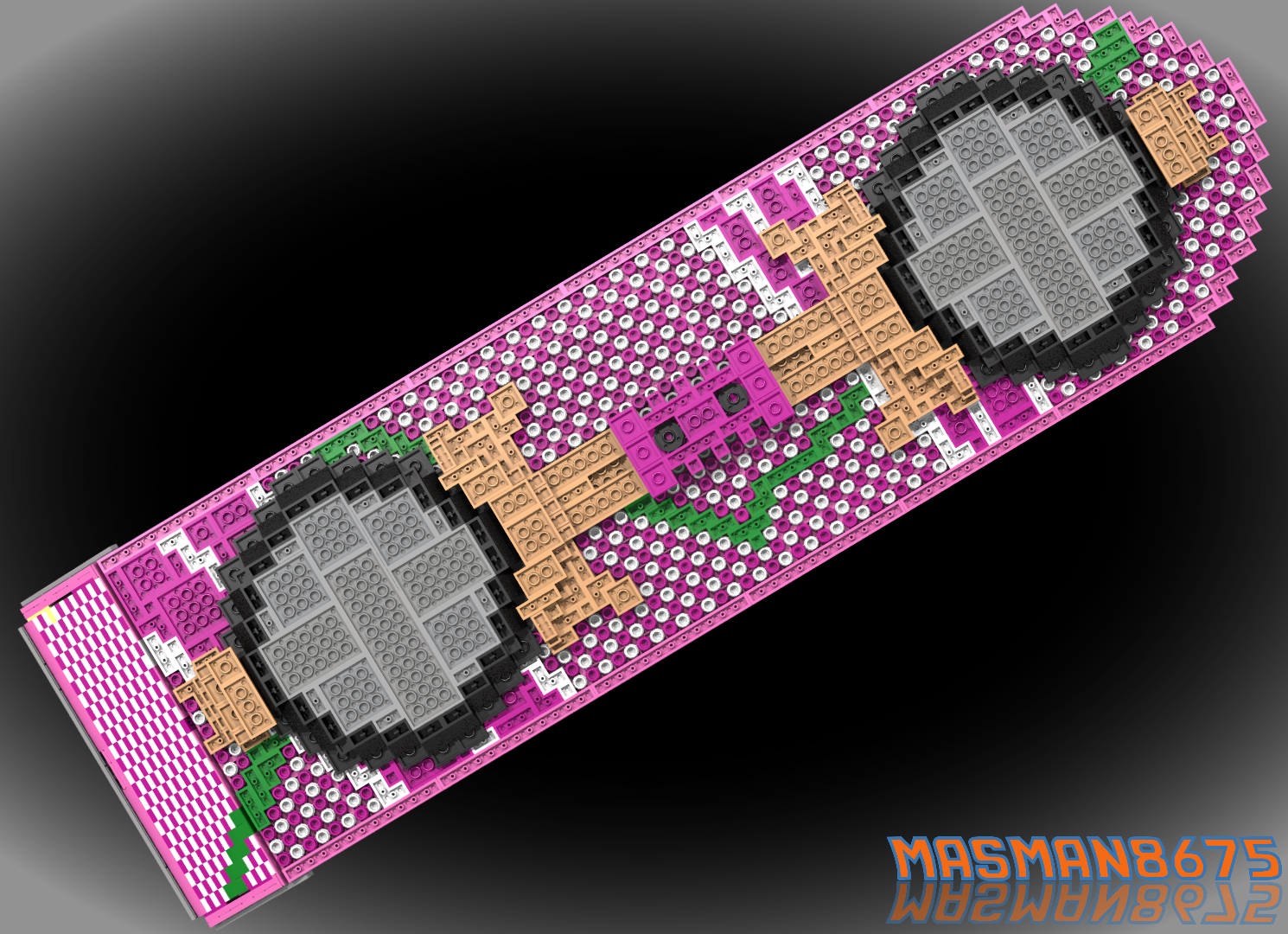 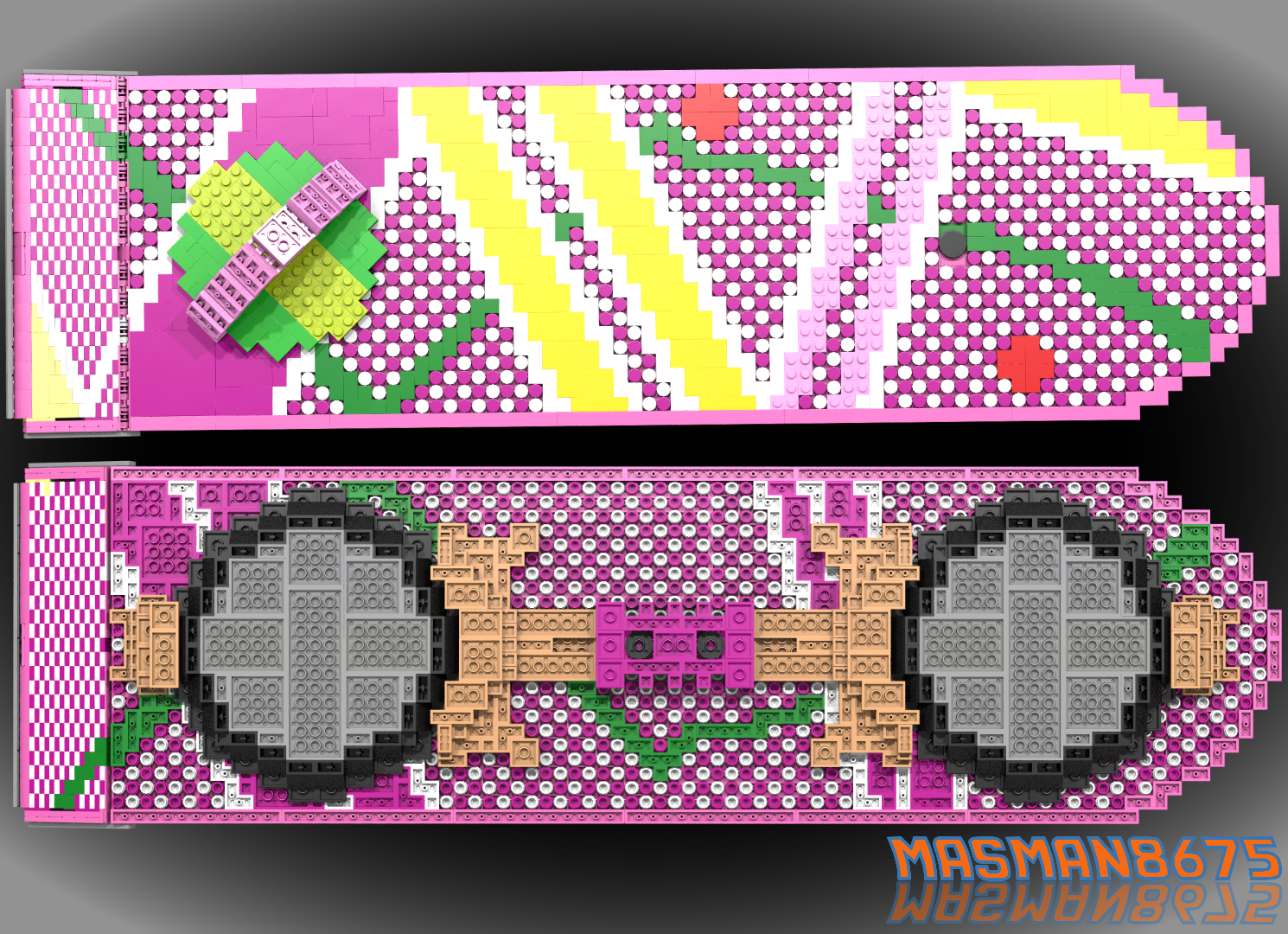 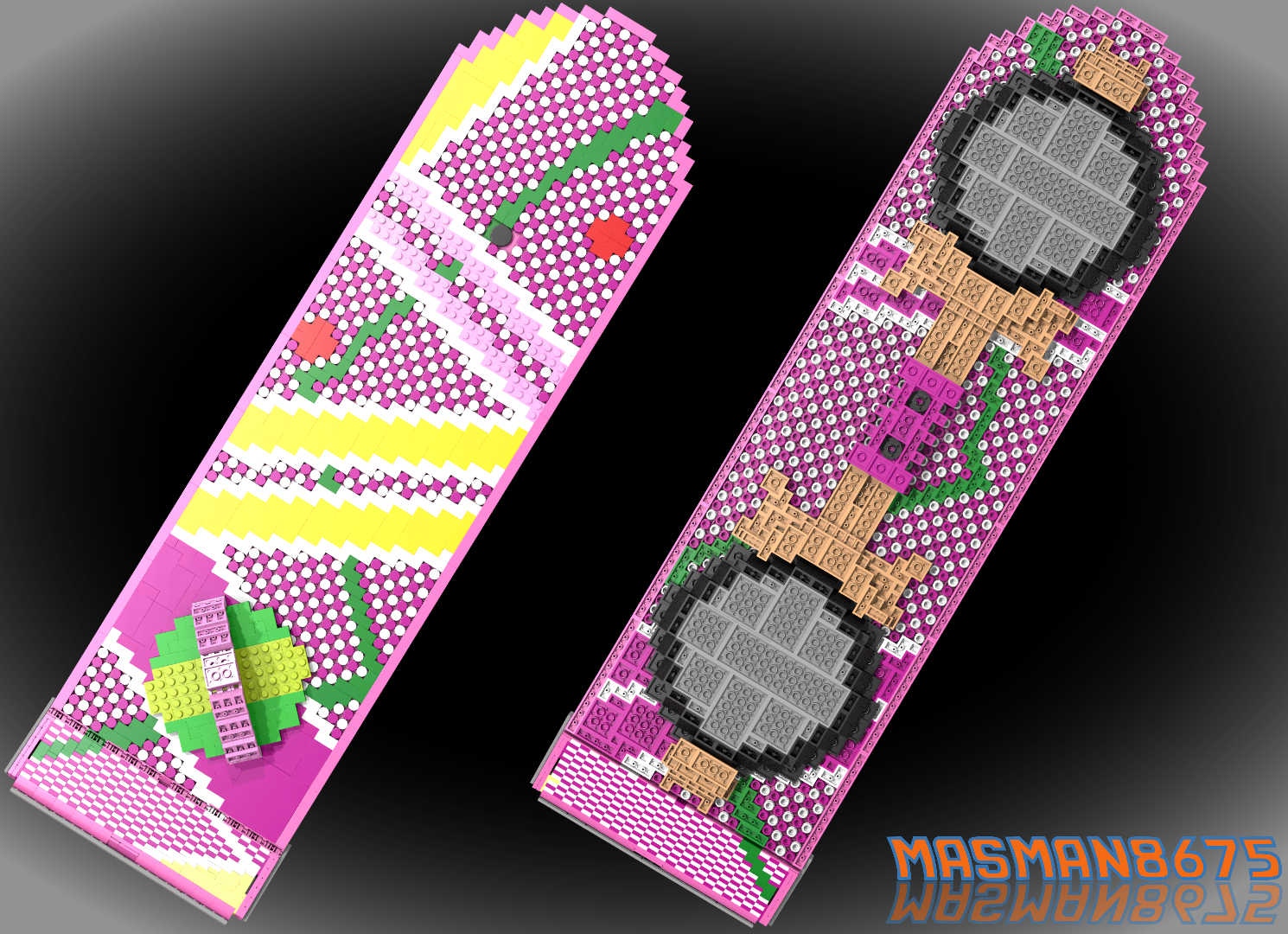