The Prototype Model and a Teaser

Before the Storage Box for Stuff came into being, there was what I like to call the Index Card Tray. When my mother requested me to build a containment unit for the Geometry index cards, I built a small tray that could fit all of the cards. It is shown in the images below. 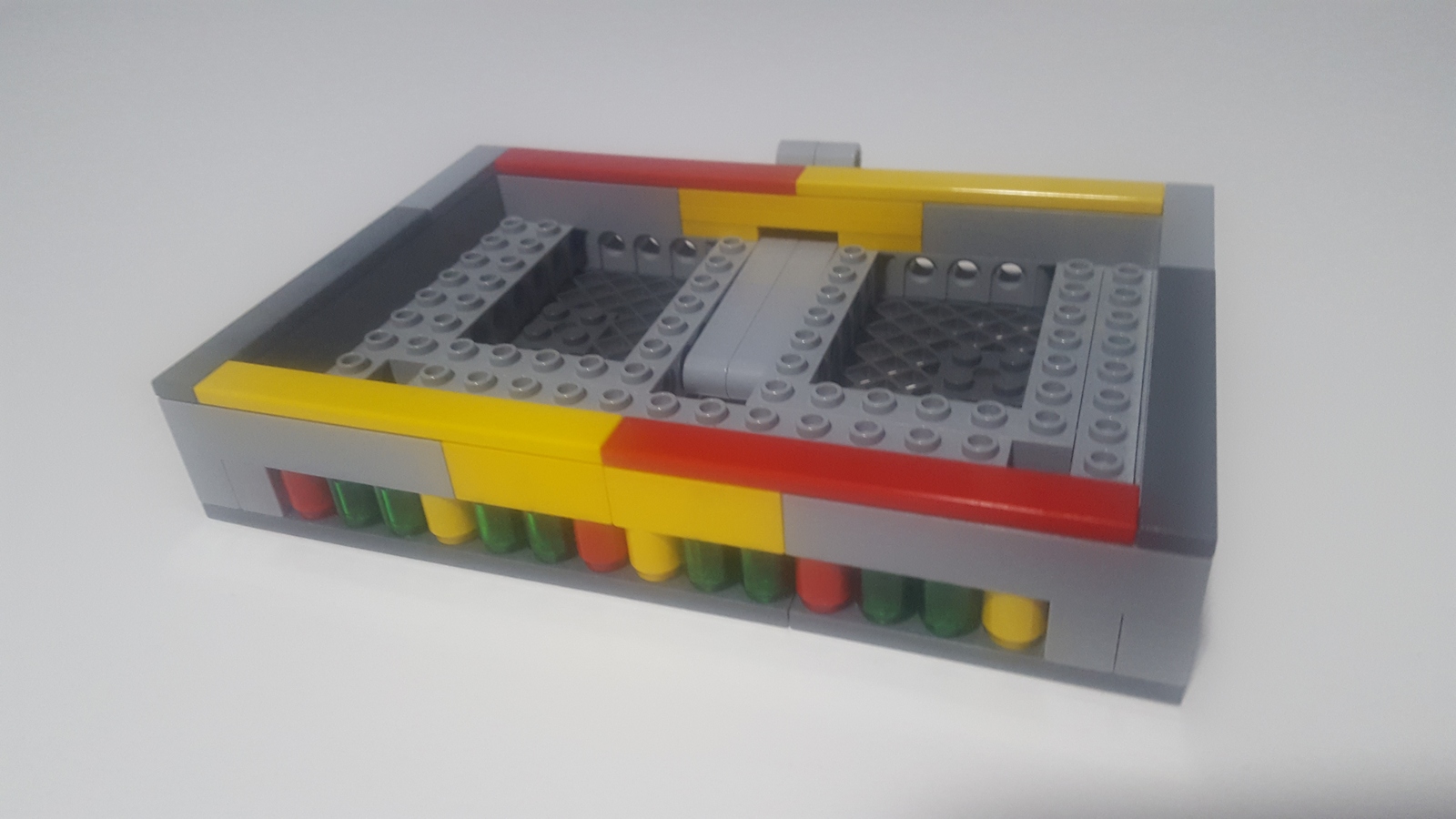 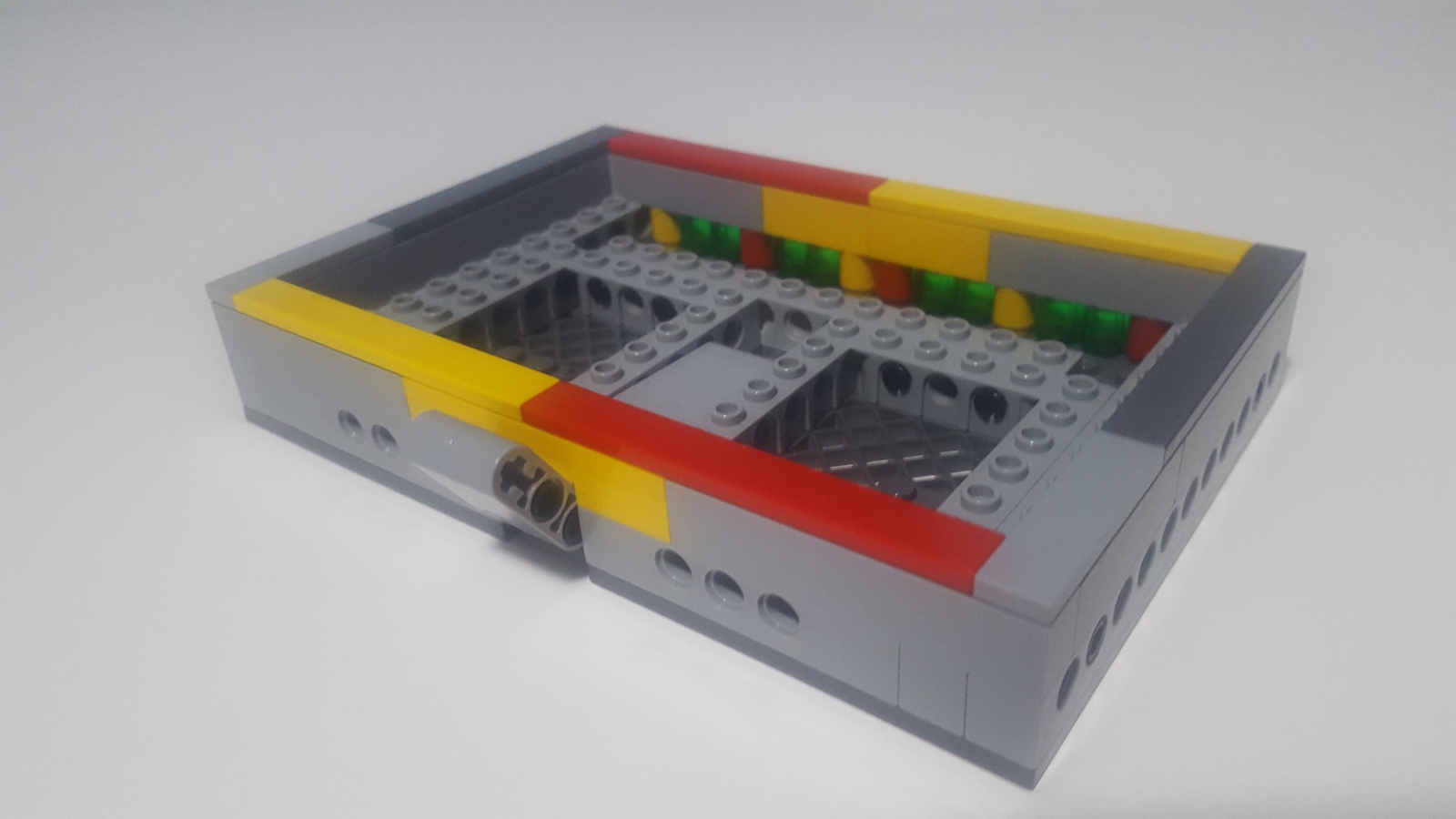 However, I interpreted my mother's idea differently than she wanted it to be. The cards were tough to get in and out of the tray, and my mother and I did not like it. So, I later built the chest, which has much more space for stuff like index cards.

There is a lever on the Index Card Tray that enables the cards to be popped out of the tray for easier access. However, it really isn't easy getting them out without them getting all messed up. Here are a couple images of the tray in its functioning state: 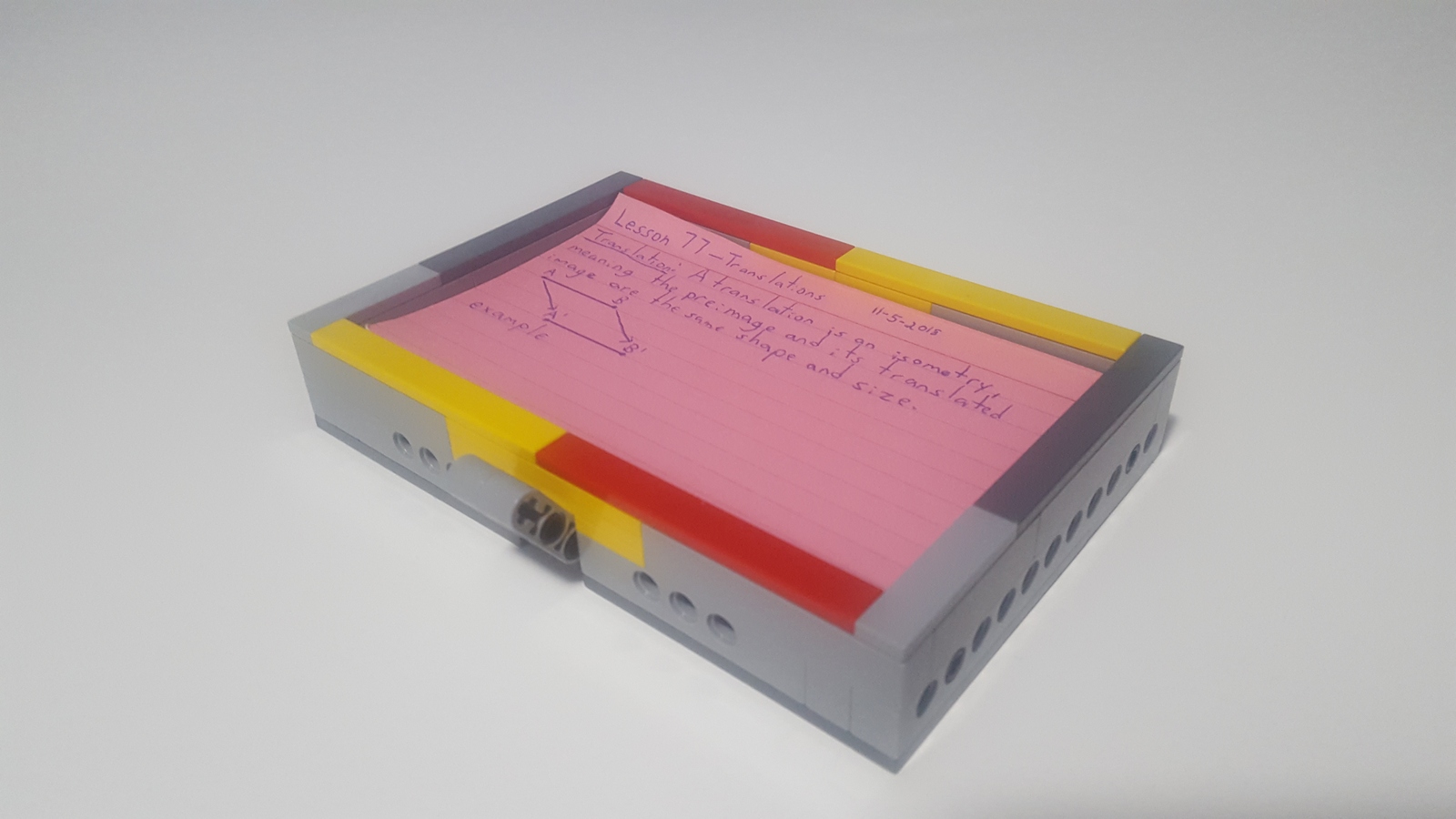 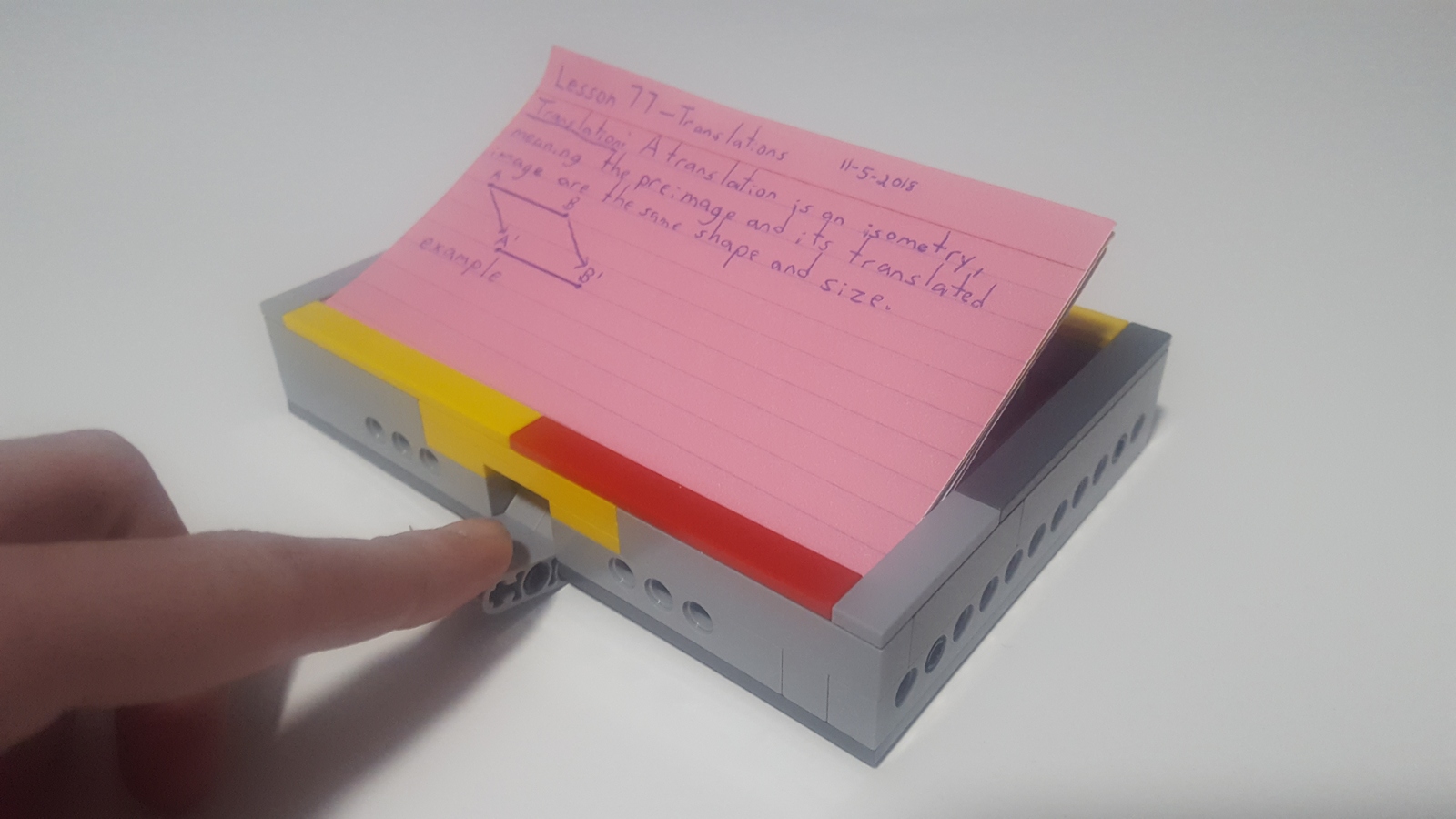 I'm really glad I built the Storage Box for Stuff. It's a lot better, and it was so much fun to build! "Mother knows best." Is the lesson I learned in this case...and a lot of times during my life as well. :-D

It's just a quick sneak-peek for an upcoming project. This might be my next project, or a future project in general. 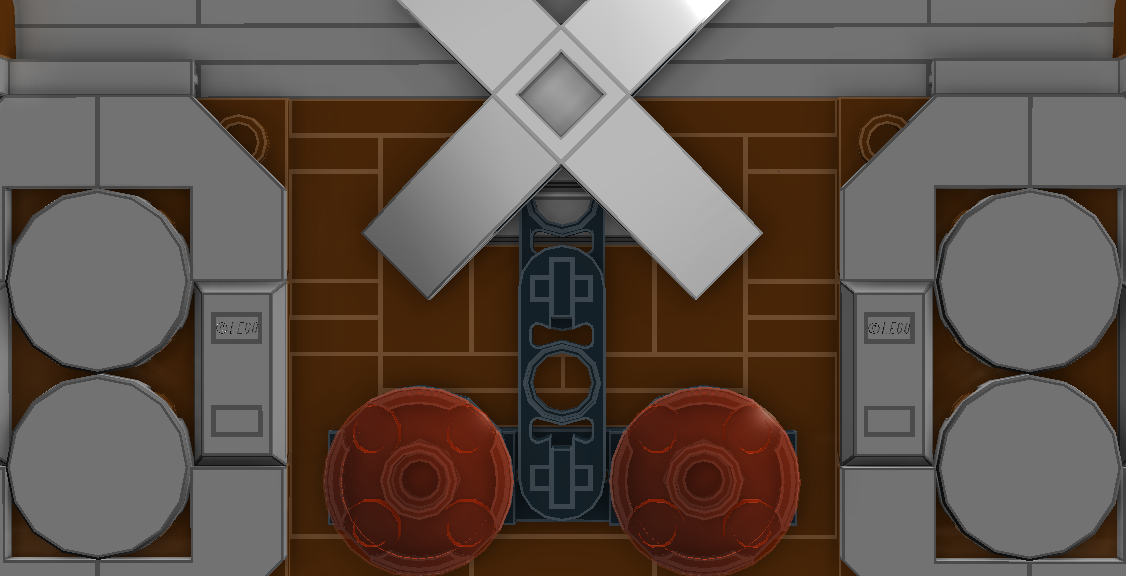 Leave your guesses in the comments if you'd like! Who knows...maybe your guess will be right! Have a great day, everyone. Update by Joseph cheeseinthepie. 11/15/2018