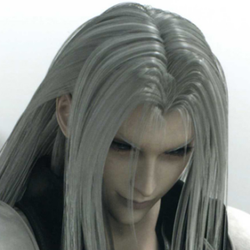 I'm proud to present my first complete train set. It's one of my favorite trains of all time, the InterCity Rheingold with the legendary E103 locomotive.

This spectacular german train gave it's debut in 1970, where it replaced the old long distance steam trains. It was capable of speeds over 200Km/h, really fast for it's time. Over the years, the color scheme changed, but I decided to go with the original.

The train is ready for Power Functions and lights. All three waggons have doors and a removable roof so you can easily access the interior, placing minifigures etc. I tried my best to match the original look combined with a good playability and Power Functions support. (The 9V Motor on the pictures also fits, but it's just a placeholder because the LDraw library doesn't contain the Power Functions-motor yet.)

Here are some details:

- The E103 locomotive, colored in Tan and Dark Red with red pantographs perfectly matching the original E103. You can add Power Functions and lights. There should also be some stickers (and hopefully printed parts) on it. Minifig: a train driver

- The first waggon is a normal first class waggon with two tables, four seats for minifigs and a holder for two suitcases. For the interior I decided go with brown for the seats and orange for the tables. Minifig: a buisness man and a young guy

- The second waggon is the popular panorama waggon. It has some seats and tables in the upper section and a sleeping department with two beds in the lower section. Minifig: a young couple, a female conductor

- The last waggon holds the restaurant (or Bistro in german). I tried my best to make it as detailed as possible in the small space. Minifig: a chef, an older man and his wife

Station and tracks are just for decoration!

I hope you all like lego trains as much as I do. Thank you for supporting me!