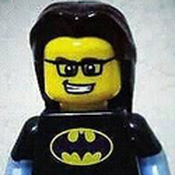 History
Growing up in the 80s, one of the most anticipated moments of the week was the arrival on Saturday mornings, and with them, the cartoons. Of all the beautiful stories I remember watching every week, one of the most astounding was without a doubt the silver hawks. This show particularly impressed me because, at a time when I was beginning to experiment with building toys, the ships, the space stations and the characters were really worthy of building.

The project
Based on the mirage, the spaceship of the show protagonists, this design has been in my head for a long time and thanks to Lego modeling programs I could overcome the lack of available pieces to let the imagination take command and bring to life this memory of childhood.

The model
With 1480 pieces the model consist of 4 "capsules" where the heroes of the series travel with an ejection system to charge into action, and a cockpit that can transform into a ship of his own to obtain independence and maneuverability.

The minifigures
It also includes the design of the 5 main heroes, and a color modification of a LEGO parrot to generate the main mascot of the series.