The TMA-M is the latest version of the Russian workhorse, Soyuz. First flown on 7 October 2010, is the last planned derivative of the aging space classic. The Soyuz was originally designed to go to the Moon, but after the failure of the N-1 rocket and the fatal mission of the first Soyuz spacecraft , this plan was abandoned. Since then six models have flown: Soyuz, T, TM, TMA, TMA-M, and the unmanned Progress. Among the new improvements that the TMA-M has is a fully digital computer to replace the aging Argon analog computer.

This LEGO model includes a fully detailed interior, complete with six cosmonauts, and can split into three parts with ease: orbital, descent and propulsion modules. The orbital and descent stages can open up to reveal the plastic cosmonauts manning the controls and conducting experiments in the orbital lab. The main docking door and the door separating the orbital and descent stages can be removed, and the orbital module contains a docking window that actually works! The two radar antennas are both movable, as is the module connection system. Both solar panel arrays are fully retractable as well! Contains 878 pieces. 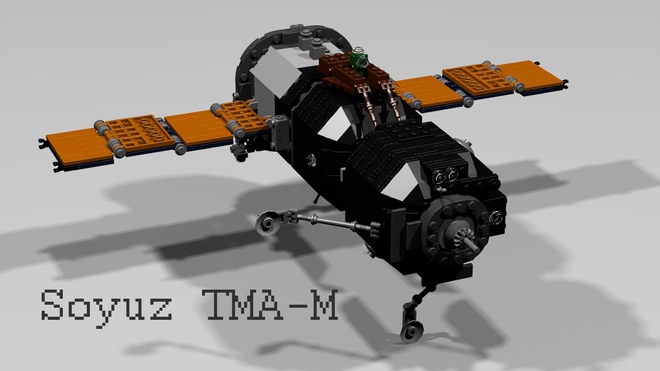 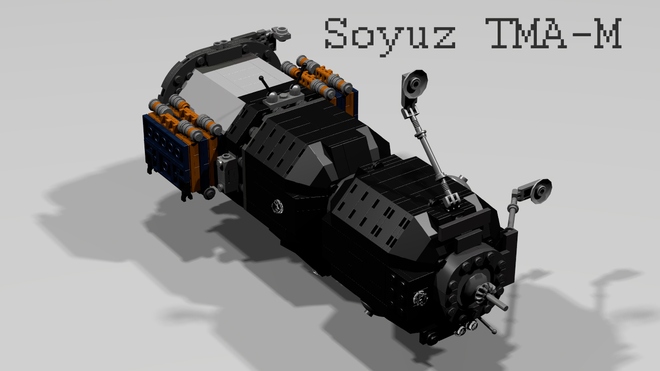 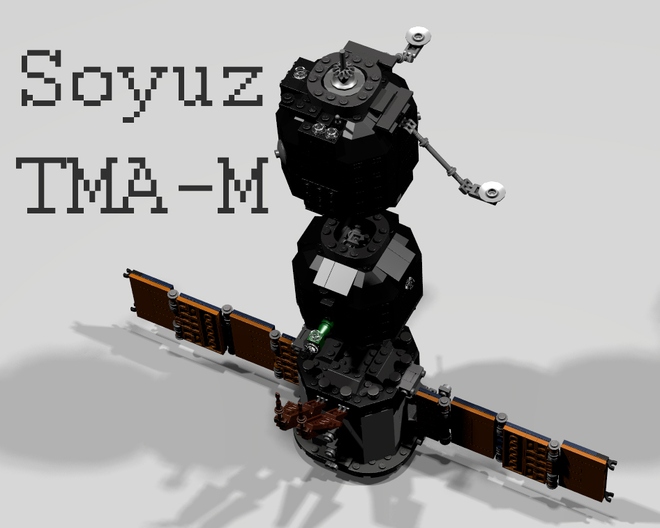 This view shows the three stages separating from each other.

The three parts of spacecraft side-by-side. From the left: Propulsion, Descent, and Orbital Modules.

Inside the descent stage. I apologize that there are no POV renders for this and the next picture, but neither one could get along with the lighting in the converter so I had to abandon getting nice rendered pictures.

Inside the orbital module. It was a lot of fun positioning the minifigures in this shot!