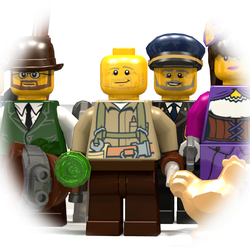 View this custom model of our Solar System!

I've been working on a larger project as a sequel to The Clockwork Menagerie and designed this in the process. This is the smallest Project I've ever submitted, but I think it deserves a chance to stand on its own merits. If you agree, click the Support Button and together we'll reach for the stars!