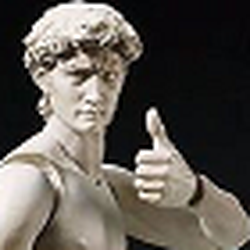 THE STORY:
Sunward from Mars orbits Planet Earth, a blue-green sphere of vast oceans, seven continents and scores of islands giving rise to numerous species and races.  While we celebrate the invention of the LEGO Minifigure, they are projected to outnumber humanity in 2019.  However, they are not alone in the pursuit of world domination.  Our radio signals have led alien invaders right to us.  Little more than tentacled heads, they feed on Minifigure brainwaves.  Shocked out of complacency, the MiniFigures build a huge Exo-Planet Colonization Ship with the hopes of gaining a deeper understanding of life in outer space.

THE BUILD:
A hollow spherical shell mounted to a structural core comes alive with miniature vehicles, minifigures and even a small moon.  Both eastern and western hemispheres swing open from the core to reveal interior space.  The shell is composed of eight equatorial hinged ribs with wing-plate extensions completing the spherical configuration.  Inside, the miniature models and minifigures can be stored until playtime.  Outside, surface details such as transparent oceans, dense forests, snow-capped mountains and vast deserts are observed from a micro-scale International Space Station.

THE PRODUCT:
The incredible images sent back to us from the ISS both reminds us of and reveals the beauty of our home. Planet Earth is not merely a hollow shell or static statue but an interactive play-set.  As shown, the model is roughly 150cm/ 6 inches/ 18 studs in diameter and is comprised of 576 elements.  Given the random nature of planetary formation, builders should be encouraged to rearrange geographical land-forms beyond the standard instructions and personalize the planet into any oceanic exo-planet they can imagine.  Thus, Planet Earth should make for an exciting and educational play-set for kids or adults seeking nostalgia or rare parts alike and all for a moderate price.  Because, as Uncle Walt reminds us after all, it's a small world.

Thanks in advance for your consideration and/or support.  Comments, critical or otherwise, are most welcome.