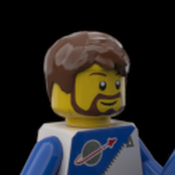 By onewaydc
19 comments
This set shows some of the monuments from the archaeological site of the Forum in Rome, in the style of a LEGO Architecture Skyline. This set would add some ancient architecture to go along with the many modern cities that already exist in the skyline series. The buildings are shown as they appear today, in ruins, not restored.
From left to right the buildings/ruins are:
1 Arch of Titus atop the Velian Hill
2 Temple of Castor (three standing columns)
3 Column of Phocas in the central paved square, in front of the ruins of the Basilica Julia
4 Arch of Septimius Severus
5 Temple of Saturn
6 Temple of Vespasian (three standing columns)
7 Curia Julia