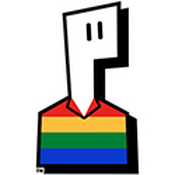 It's the 30th anniversary of the film "Bill & Ted's Excellent Adventure", and what better way to celebrate the occasion than by time-traveling back to the 1980s with this most outstanding "San Dimas Mall" playset!

The mall itself also opens up (see photos) for more ways to play and display—as well as to access a few secrets underneath the escalator!

David Pagano is an award-winning filmmaker and the head of Paganomation, a New York-based production studio. His brickfilm work has appeared on LEGO.com, Disney XD, Nickelodeon, and for two seconds at the climax of The LEGO Movie. David is also the co-author of The LEGO Animation Book, the definitive guide to filmmaking with LEGO bricks and characters.

Bill & Ted's Excellent Adventure has been a favorite of mine since I was a kid. I love the upbeat optimism of the characters, and the way they use creativity and lateral thinking to assemble the most triumphantly original school report in, well, history.

I took design inspiration and reference (and directly borrowed a few designs) from many existing LEGO sets to make this mall feel like it truly belongs in the minifigure world. My goal was to find a happy medium between the character-based intimacy of the #21302 Big Bang Theory Ideas set and the vignette-based size of the #75827 Ghostbusters Firehouse Headquarters. The layout of the mall itself was inspired by an old LEGO racing set, #6395 Victory Lap Raceway.

I also had to include the time-traveling phone booth—how could you not? It needs some printing on the windows, and a "Circuits of Time" book cover on the 2x2 tile. But I was proud of the way I got the door "mechanism" to work the way it does in the movie.

Every brick and element in this set is from a real LEGO product, but with the minifigure designs, I did take a couple of liberties. I had to slightly alter some capes, wigs, and torso printing to get the characters to look as close to their movie counterparts as possible. Some wigs are simply the wrong color—Captain Logan should have black hair, Socrates should have white, and Princess Joanna should have that Holtzmann wig in reddish brown.

Bill and Ted were the hardest to get right, as the wigs I wanted (part # 36060 in tan for Bill, and part # 92746 in black for Ted) have also never been made in the correct colors. And since their wardrobes are very specific, I asked my friend and colleague Kevin Hinkle (@MrKevinHinkle) to create vector designs for Bill & Ted's minifigure torsos. He also designed heads (double-sided, natch) for the two Great Ones, perfectly capturing their 'elated' and 'surprised' facial expressions.

There are some other printed elements I'd love to include—the drum set could use a 'Wyld Stallyns' logo, and the mall directory sign currently has a blackboard element as a placeholder. Maybe in a future update...?

At the end of the day, I wanted to create a collection of memorable scenes from one of my favorite films, and capture the capitalistic grandeur that 1980s shopping malls always seemed to evoke.

Update July 2020: I've added some new photos with digital recoloring and printing that get the set looking closer to how I see the final product!
*****

Special thanks to Kevin Hinkle (@MrKevinHinkle), Dave Pickett (@BRICK_101), Erin Natal, and the team at Sean Kenney Design for their support and feedback!

And thanks to all of you for checking out our project! Please support it so it can become a real LEGO set!

And most of all, be excellent to each other... and party on, dudes!