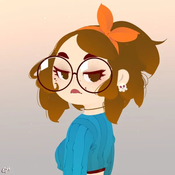 By Ms.Andry
28 comments
What is it?
The Sputnik 1 (Спутник) satellite was the first man-made satellite to orbit the earth. It was launched into an elliptical low Earth orbit by the Soviet Union on October 4, 1957. It sent a radio signal back to Earth for three weeks until its batteries ran out. It continued in orbit for three months until aerodynamic drag caused it to fall back into the atmosphere on January 4, 1958.
Why did I make it?
I am intrigued by spacecraft--they have unique shapes to cut through the atmosphere of Earth and into the vacuum of space. Sputnik is a smooth orb with antennas. It made a surprisingly difficult model to create, but I learned a lot in the process!
Why would this make a good model?
I find the Sputnik satellite to be extremely visually appealing. The spherical body in combination with the compound angles of the antenna makes for an interesting visual model. It also makes use of SNOT building techniques, further enhancing the appearance of the model.