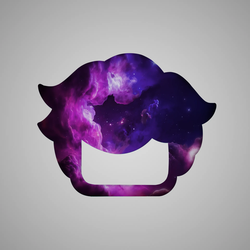 TommyCBricks
148
554
days left
This Set is the [Scooby-Doo: Movie Mystery Machine] based on the Scooby-Doo Movie from 2002. A film I always loved and thought deserved more love than it got, I made this set as this version of the iconic Mystery Machine is one of my favorites and the build consisting of under 300 pieces would be a nice small set to get similar to the Tron Bikes and would include 6 minifigures including new variance of Shaggy, Fred, Daphne, Velma, and a Scooby-Doo minifigure! As well as a Ghost Minifigure!
I plan to make a stand for car and minifigures as I feel this would make the set feel more substantial but try and keep the piece to a minimum. The renders show how good the model will look! (yes the pictures are renders but the van is fully buildable using existing bricks!)
The built one looks so good next to the classic Scooby-Doo Mystery Machine that LEGO has already released and would a perfect edition for LEGO Scooby-Doo Fans and car collectors! Thanks for the Support!
~TommyCBricks
148
554
days left