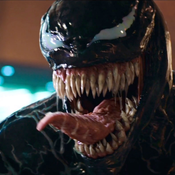 This batmobile was inspired by the one in the game, Arkham Knight. I know it's not much like it but that's the point. I wanted to build one that was good-looking, but also functional.

The cockpit just pops open and can fit Batman in it. The back of the vehicle can open up, having a prison pod which can carry one person. In the photo, the Joker is in it. The Batmobile also has a 180 degree turning turret, with missiles on both sides and a non-lethal riot suppressor. However, they can not shoot

The base of the vehicle is mainly part of the Lego 76012 Batman Riddler Chase. Though, my brother and I, remodeled it to look somewhat similar to the Arkham Knight Batmobile.

I hope you have liked my Batmobile and will take in considering of supporting it, Thank You!