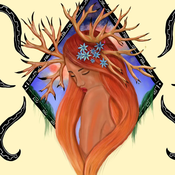 By Nidhug
25 comments
Introduction
Not that long ago, I saw the news that the Machu Picchu was in fact not named Machu Picchu. The true name of the citadel is Huayna Picchu, and since I have always loved this magnificent wonder that the Incans built, I wanted to build it out of LEGO, in the hope that it could become a set in the future. And if it became a set, I hope it would be able to inspire people to learn about the Huayna Picchu, but also about culture in other places all over the world.
History
The Incan citadel is located in between the two beautiful mountain tops Huayna Picchu and Machu Picchu. The citadel was first discovered in 1911 AD, but was built all the way back in 1450 AD. It was populated for a little over a century, but later abandoned when the Spanish conquered South America. The citadel itself stands at 2430 meters above the ocean and was built for the Incan emperor Pachacuti. And now we go back to the modern day, where the citadel is a famous tourist attraction and is known as one of the seven wonders of the world.
Design
The design took around 2 days to make, and when I was designing it, I wanted to have as many details as possible from the real city in it. So, I looked at the buildings I thought the most recognizable and tried to recreate them.
Some of the buildings and districts I recreated:
-         Main plaza
-         Industrial district
-         Factory houses
-         The sacred rock
-         Temple of the sun
-         Noble houses
-         Main stairway
-         Artisan walls
Details
The build uses 2312 pieces in total, and measures at 18.4 cm high, 64.32 cm long and 36.44 cm wide.