Adventurers: The Temple of Anubis 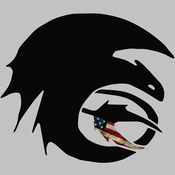 Enter the Temple of Anubis – if you dare...
Egypt: 1922
Explorer and adventurer Johnny Thunder travels to Egypt with his companions Dr. Lightning (aka Dr. Kilroy), photojournalist Gail Storm (aka Pippin Reed), and pilot Harry Cain to obtain the legendary Re-Gou Ruby of the Pharaoh Hotep.
But our heroes must move quickly to find the ruby before the villainous Baron Von Barron and his partner Sam Sinister do.
Following an ancient map far into the desert sands, our heroes find the Temple of Anubis, wherein lies the ruby they seek – and the tomb of the pharaoh it belongs to.
Johnny enters the temple to obtain the jewel, but beware its traps: Falling blades, shooting darts, and – once all the way inside – the undead pharaoh and his jackal guardians protecting the treasure.
Can Johnny survive the traps, get the ruby, escape the pharaoh, and protect the treasure from the sinister baron?
This project is an updated version of the 5988 The Temple of Anubis (also called Pharaoh's Forbidden Ruins) set from the original Adventurers wave from 1998.
Despite having ended in 2003, the legacy of the Adventurers theme lives to this day, with Johnny Thunder appearing as a Master Builder in The LEGO Movie, an updated version of him appearing in a Collectible Minifigure series, and the Manor Von Barron haunted house set including a portrait of the infamous baron.
LEGO hasn't had an adventure line in 10 years, and what better way to return to a classic theme than with the legend himself, Johnny Thunder.
To give the project a classic feel, I used a color palette similar to the original line and left the characters in their original forms.