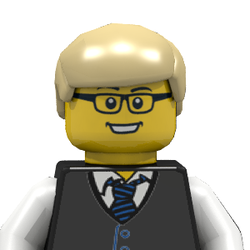 Based upon the same idea than the official Lego set #10226 showing the Sopwith Camel or than my own project representing the Fokker Dr.I (see https://ideas.lego.com/projects/118389), here is a new project to build a Royal Aircraft Factory S.E.5a, one of the most famous British fighter airplane of the World War I.

The model is very detailed, as shown on the close up images:

It has a wingspan about 47 cm and a length about 38 cm. Its scale is about 1:17, exactly the same than the official Lego set #10226 showing the Sopwith Camel or than my own project representing the Fokker Dr.I. This model can be exposed on a pedestal with an explanations panel, a bit like if it was shown in a museum. The minifig is not at the same scale. It only shows the pilot's equipment.

Due to building constraints, some parts don't have correct size or position, for example:

Of course, this list is not exhaustive. But, during all the conception process, I have paid great attention to details and to respect the real plane's proportions.

Some parts are inspired from the official Lego set #10226 representing a Sopwith Camel. For example, this is the case for the propeller.

The decoration is the one of Royal Aircraft Factory S.E.5a with serial number D276 piloted by Edward "Mick" Mannock, one of the most famous British aces of the World War I, when he was flying within Squadron 74 of the Royal Air Force which was still the Royal Flying Corps at that time.

If this project get enough support, I will probably update it with some other color schemes showing some other real planes of the same period (i.e. end of World War I or 1920s), maybe one with USA colors.

But, of course, any other suggestion will be much appreciated!

I hope you will enjoy this project. If so, please support it!