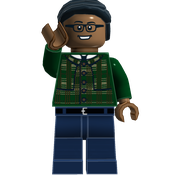 By Brick-o-Rama
26 comments
This is a Greco-Roman Temple I made, out of exactly 360 pieces.  A lot of the parts go into foliage and plants surrounding the building, but the temple is clearly the main attraction.  I built this model because I think it would be really cool if LEGO made an ancient building that could also double as a playlet as well as a display set, unlike LEGO Architecture.  I included 4 figures in this model.  (Not counting the three statues on the actual model)  The figures are two archeologists, a Greek Soldier, and a Greek Princess. Feedback is much appreciated, so feel free to leave CONSTRUCTIVE Criticism in the comments.  Thank You!