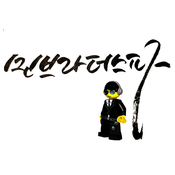 Princess Mononoke is a amazing film animated by Studio Ghibli and directed by Hayao Miyazaki. The film is set in the Muromachi Japan period but of course combined with many fantasy elements and plots.

The story is centered around Ashitaka which finds himself within a conflict between the gods of a forest and a town (Iron Town), which cuts down the forest to obtain iron.

1) San(Princess Mononoke) :  young woman who was raised by the wolves and feels hatred for humans

If you would like to have this set in your collection please leave a support for a chance for Studio Ghibli to come to LEGO!